THROUGH LITERARY-TINTED GLASSES: ENTER THE CHARACTERS!

Welcome back, to those whom decided to actually read my article. Today we'll be looking at characters, simply because it's the first thing that springs to mind, and the thing I have the most to say about. This is less of a tutorial on making characters, and more of a study into methods of doing so. (A/N: This is also part one of... I'unno how many.)

But firstly, let's define a 'character'. After all, there are a whole bunch of people in your game - protagonists, antagonists, NPCs, enemies - so which of them fall under that moniker?
Here's what Wiktionary has to say:
"A being involved in the action of a story."
That's essentially it, if a little on the vague side. Characters are the actors on the stage that is your plot. They act on, react with, and sometimes cause major events in your story that drive it towards its ultimate conclusion. Now, that doesn't immediately make every NPC and enemy a character, because they have very little interaction with the story. However, major NPCs - that your protagonists get direction from, maybe training, or even NPCs that fight alongside your protagonists against the antagonist - would be considered characters.

Most characters in one's story will require at least some iota of thought into their details, else they'll fall into obscurity and fail to deliver the impact that they need. However, they don't need every little detail mapped out, like family trees and favorite pizza topping (a nuance made even more unnecessary if they don't even like pizza). The key to writing is to show, not to tell. When attempting immerse your audience, it is better to leave some things to the imagination, than to point out every detail. Furthermore, the amount of time you spend on a relatively minor character may be disproportionate to the amount of screen time they actually receive. The technique of showing characters, instead of telling players about them, is a little hard to grasp at first. It's a short fall for a lot of writers, some of them very experienced.

You may have noticed that I'm not using the words 'hero' and 'villain'. This is because these terms are not applicable to what we're talking about. The protagonist(s) and antagonist(s) of your game are not necessarily the heroes and villains, respectively. The villains may be the protagonists, working against the heroes that are the antagonists. In narratives - and narrative theory - the protagonist and antagonist mean something different to the hero and the villain.
The protagonist is the character with whom the audience SHOULD empathise with. I capitalize should because, well... fangirls. I think that's enough of an explanation. Anyway, this character/these characters are the ones that're usually the focus of the story. They get the most exposition, are usually the focus of the plot, and are portrayed in such a way that makes the audience cheer when they win, and hurt when they take a particularly bad thrashing.
The antagonist is the character with whom the audience SHOULDN'T empathise with. Again, fangirls oft put this intentional design to one side, what with all the Sephiroth fangirls out there, but I digress. These characters work directly against the protagonist, attempting to remove them as obstacles in the way of their own goals, competing with them for a certain item, etc. These characters are the ones the players shouldn't feel bad for, unless it's a particularly well thought-out narrative in which every character has justifiable motivations and excuses for their actions, in which even the antagonists get some degree of empathy.

These two terms are very loose. As I just mentioned, some antagonists have empathetic features that make the audience love them, and feel for them. On the flipside, there may be a protagonist - however major - that has no redeeming qualities, and are the character that everybody loves to hate. It's essentially just a title to give characters, in order to avoid confusion. As a rule of thumb, every character falls into one of these categories, with the exception of catalyst characters. These characters do little else, other than make stuff happen. These characters can fall on any side of the spectrum. Heck, a catalyst character may even be the lead protagonist.

What's key to remember with characters, and in fact with all aspects of the narrative, is to show, not to tell. If you let the player use their imagination, they will be far more drawn in than if you point out every little pixel of your game to them.

Continued in part two, where we take an in-depth look at protagonists, examples, and methods of creating them...

Close
12/31/2010 07:32 PM
Interesting stuff here...I will take this to consideration when I will be working on mine piece many good points. Thank you.
LockeZ

Close
01/07/2011 03:11 PM
This is probably a useful introduction to whatever you're going to write next, but on its own it gives very little actual advice. The only advice in this entire article was not to cram excessive details down the player's throat. Which is good advice, but really didn't require an entire page, especially since most of the page is just defining your terminology and ideas.
Chaosbahamut123 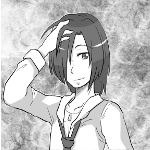 author=LockeZ
This is probably a useful introduction to whatever you're going to write next, but on its own it gives very little actual advice. The only advice in this entire article was not to cram excessive details down the player's throat. Which is good advice, but really didn't require an entire page, especially since most of the page is just defining your terminology and ideas.

Yeah, I realised that this was pretty vague. I'll be getting into the nitty gritty in the subsequent articles.
Pages: 1