The number paramter tells the ID of the item/skill you wish to retrieve. Also, it's possible to combine the commands now, meaning you can use the command \i\v] to let variable 20 decide which item name you want to retrieve.

It's now also possible to use these commands within the creation of an Text Identifier, which allows you to use a variable in the name.
This can be used for creating a custom Item menu, based on the items from the Database, more easily by allowing you to use loops to create lists of text objects.

The demo has been updated to show how these new features can be used.

author=Cherry
oh really? Good that nobody told me about the bug yet O_o
Will check it.

Yeah... I should probably have reported that (i.e. prior to that post).
Kazesui @write_text has now got a 7th Parameter which tells which picture ID the Text should be associated with.
This allows for better control of what layer (in terms of picture) the text should be written on.
It also allows for easier transparency control of the Texts, since their alpha value will be controlled only by the associated picture.

@append_line command has been added to simplify the process of adding lines to an existing text.

Another thing is that the texts are now shown above the chosen picture, rather than below it like before

Close
09/04/2012 04:11 PM
I wanna make a question, what font use for the text? because only use a pixel for make the picture lol, I wanna try make something like this

without have to make every dialogue as picture, and make text with scroll is another problem via engines (maybe not possible via engines with a extreme lot of work)
Kazesui

Close
09/04/2012 05:51 PM
It seems that if you use a picture of a window, the window appear over the text, also I don't know if its possible make a scroll for the text.
I stay working in a engine but its a looot of work.
TheNecromancer
3160

As for scrolling, I'm not entirely sure what you mean. If you're referring to the text being gradually revealed as in the typical messages, then no, it's not implemented and might just stay that way.
TheNecromancer
3160

If I want a picture to show up behind the text I will use pictures with an ID less than 1000.

For pictures that should show above the text, I use ID of more than 1000.

One way to simulate scrolling text would be to use the @change_text command to keep updating the text to add more of the words you want to say.

or for less work

It would be a lot of work for tons of text, but probably less work than some other solutions.
CastorOnline 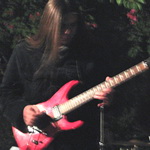 Close
11/01/2012 08:04 PM
I seriously could not get this to work. I copy pasted the dll and those two girls to my game, hoping to tweak them. The exact same code from what I could see, just given to different variables, and instead I got some big blue box offscreen.

In about the same amount of time, I copy pasted transparent text, using a black screen, and stripped it to the minimum width/height, and diplayed as a picture, slightly about characters heads.
Kazesui

Close
11/01/2012 09:33 PM
You remembered to make sure to associate the text pieces with the right picture, right as well as showing this picture, be it entirely transparent or not (picture by ID 1 if you didn't change the dyn .ini file, nor set the picture ID association parameter upon using the @write_text, right?
bulmabriefs144

I associated the ID with 1, and changed the variable for the other with like variable 523 or something. I put the thing in pixel 4, as shown in the other. It was pretty much same everything, since it was copy-pasted.
Kazesui

Close
11/08/2012 08:17 AM
As said, the association alone isn't enough.
If you did a direct copy paste, the most likely reason for it not working is that you forgot to use "show picture" for that ID. If you associate a text with picture ID 1, you need to have used "show picture 1:" for the text to actually show.

If however a direct 1 to 1 copy paste works, but changing a single parameter doesnt, then it would be helpful if you could post the comment command itself.
drenrin2120

Close
11/13/2012 07:26 PM
Not sure if this has been mentioned, but when calling on a hero's name random symbols and text some times appear after the name. In case this is a special scenario, I am using a variable to reference the hero ID, as seen below.

Names should be displayed as: Samson, Martha, Parry, Hector
Kazesui

Close
11/14/2012 12:15 PM
This is known, and also why it's stated that you should add "end" after the last parameter if you're not using all.
Basically, when a text string is the last parameter, there's a chance that random symbols will appear due to a bug within DynRPG itself.

change your command to

and you should be fine.
TheNecromancer
3160

use the tags to show those symbols
X-Tech

Close
06/01/2013 06:38 PM
I decided to use this to get rid of the PLETHORA of pictures I had been using for a location indicator and after about an hour and a half of fanagling... I finally got it right! It seems like X and Y for pictures and for text is different, but I'm probably just imagining that. EITHER WAY this is super useful wow.

I do have one question, though... is there a way to escape quotation marks? Like say you wanted something to read - Item Shop "Bottomless Gap" - with the quotes like that. I know you can't do it normally with this because as soon as the compiler sees a quotation mark, it's gonna go "oh hi end of variable" and move on and then crash because there's text where there shouldn't be text. So if you could escape the quotation mark, that would allow for actual quotes in the display text. ... if that's possible?
Pages: first prev 1234 next last
Forums :: Programming & Plugins
Back to Top