Close
11/18/2016 05:12 AM
Well, found out that my +Defense/Magic/Speed% coding works just fine and dandy from a tester, and Attack probably does as well. Just HP/MP+% doesn't work properly. Wonder what's different between the two to cause that...huh. Maybe it's due to things not being nested in the coding???
Kevincalanor 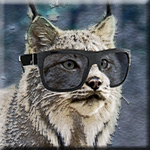 author=Rebezion
When we are at platforming, I will add also one recent WIP.

They look great ^^
I learned not to trust bunnies or anything that resemble them though.

---
Currently in a love-hate relationship with my game, but things are progressing one bug-fix at a time, made enemies be able shoot their guns but... they both detect and try to shoot you through the floor. Also got to a proper damage/death tech someday.

Speakin' of tech, should drop a playable techdemo here sometime soon, Not making a gamepage due lack of graphics, need to know how much platforming I can shove into it 'till it becomes a problem instead of feature.
AceOfAces -Bug fixing.
-Most of the new face designes are loaded to the code.
-Added most of the side missions. One more to go.
Sated
4005

Close
11/21/2016 02:15 PM
^ those rooms are far too open. You need to either make those rooms smaller or add more decoration. In the first room, you should probably add some NPCs using the table (and any additional decoration you add!) as well.
Xenomic

Close
11/22/2016 02:43 AM
While I continue to dilly-dally working on the game and testing this area (as well as do this puzzle that's not hard to do), been working on some bosses. This here is one that I'm having issues with:

Summons a barrier at the start of the battle that changes its color and effects the lower Meimu's HP gets. 7 different versions. Barrier cannot be damaged nor destroyed.


The moveset otherwise I still need to think on, but that isn't the hard part. The hard part is figuring out what each of the barriers will do while they're out. I feel that the three different types of Nul- passives being in a row might be too much or is just fine. The HP Regen might be a bit much depending on how much it heals, but I don't have any good ideas on the other 3 barriers. Anyone got any good ideas??
Sgt M 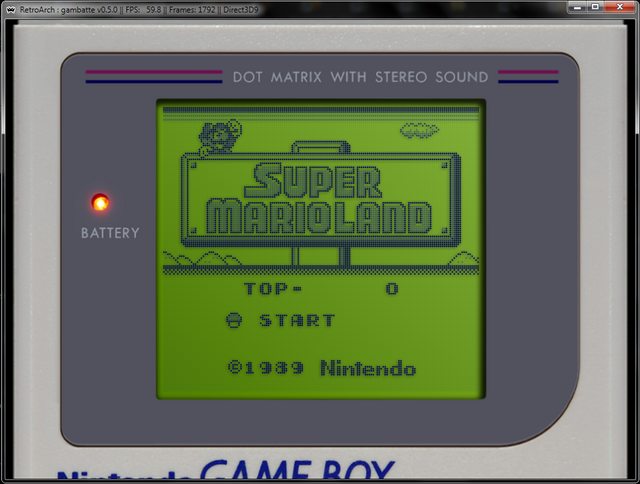 Close
11/22/2016 02:05 PM
Yeah, using the actual Game Boy colors would be a nightmare, since they don't exactly show up well on modern devices. So I opted for something similar and easier to look at.

Probably one of those things where accuracy isn't really important.
Sated
4005

Close
11/22/2016 06:34 PM
I didn't mean "too bright" compared to actual Game Boy colours. I meant "too bright" in a general sense. Anyway, I'm home now and I can confirm that it was just my monitor at work being shitty, so disregard what I said :3
Aegix_Drakan

Those graphics are adorable and I love them. :D Keep up the good work!
Kevincalanor

Close
11/27/2016 03:07 AM
I'm sort of unsure if my project(The Cleaner) is going to hold water, the combat is still falling somewhat flat due low mob diversity. (and unavailability to code/draw more)

For the meantime, finished making the mainmenu, the billboard acts as a screen to highlight your selections.
Show

I'm new here (this may be my second post on a forum in my life; sorry for any etiquette breaches) and I want to share my project. My brother and I had been working on for 15 years and yet somehow very few people know about it. The game is under the working title of Planetary Conquest and it is a sci-fi oriented with some sprinklings of fantasy thrown in. It's built in RM2k3 and currently has about 20 hours of gameplay. 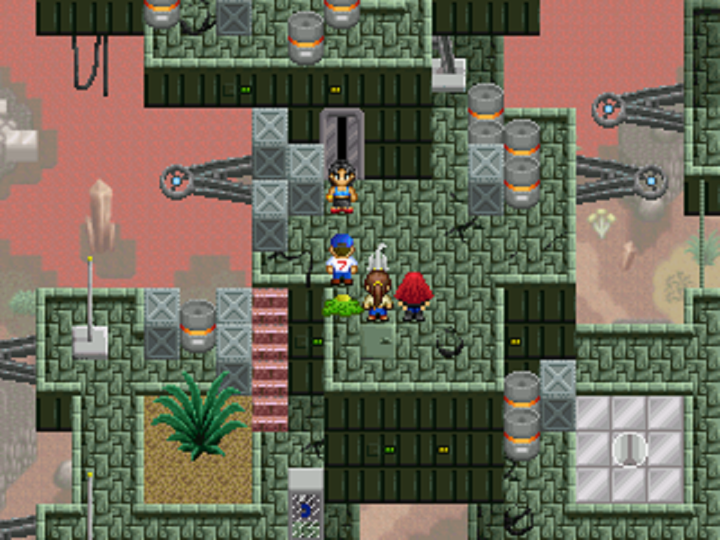 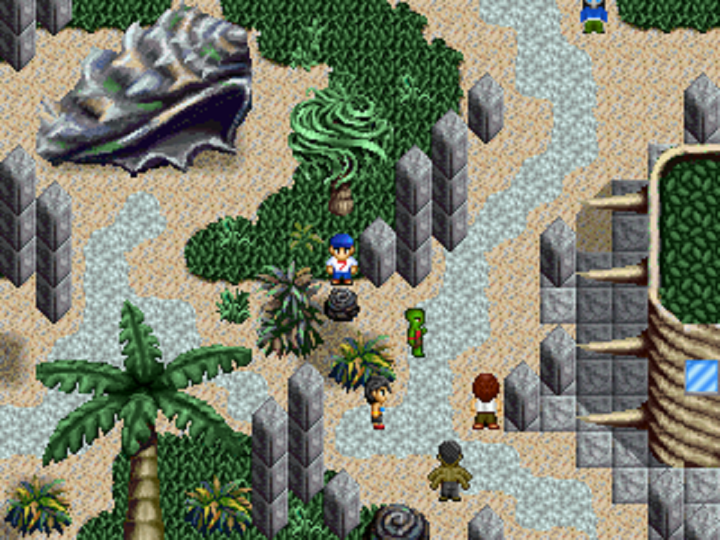 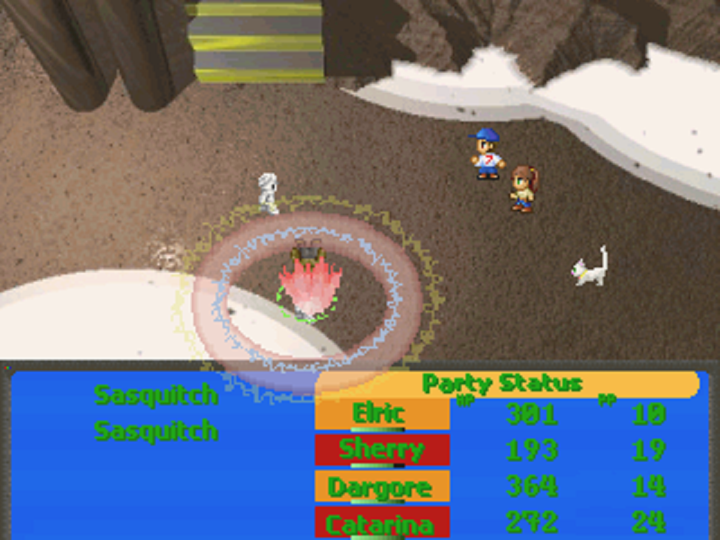 A battle in a snowy cave

There are a lot of issues with the project (for example, the green text on blue is something I'd definitely change now), but I think it has a lot going for it. The thing I'm most proud of is the original soundtrack written by my brother, featuring about 80 songs. Here's a sample, which also includes some gameplay footage.

I welcome any comments/advice. Work on it has really stagnated in the past couple years, but I still think about it constantly. It's just such a daunting task these days that I am really lacking in motivation.
Sated
4005

Close
11/27/2016 10:47 PM
The mapping looks fine, but the menu-system you're using during battles is ridiculously garish. You should go for something a lot more simple; it doesn't need to be so multi-coloured and high-contrast!
IngeniousIdiot
0

Close
11/28/2016 12:38 AM
Thanks for the feedback. I agree that it's quite ugly. That's what happens when you make something when you're 16 and never bother to change it. I was trying to rebuild the whole battle from the ground up with hopefully a better-looking and useful interface. It might end up looking like this: 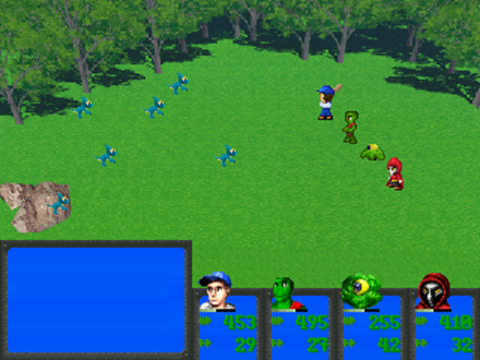 Still planning on changing the green text to white and black.
LockeZ

What's meant to be on the left side? An enemy list? The player can already see all the enemies graphically, so I don't think that's as useful as the extra space you'd get on the character frames by stretching them out to fill the whole screen. Right now you don't have room for really basic stuff like status effects or max HP/PP.

What you do get is a place to put the command list when it's someone's turn, I guess. That's useful. But you probably don't need that much, do you? And can also get that by replacing three of the four character windows with the command list, and sliding the fourth one all the way to the right. Or by covering up part of the battle field with the command list, which is honestly how most RPGs do it if they're turn-based.

What's with the brown area in the lower left part of the battle background? At first I thought it was a minimap, but there's an enemy over it. If it's supposed to be a rock then the shape is kinda awkward (the top is totally flat) and you still probably shouldn't put an enemy over it.

Youngster in Baseball Cap + Team of Bizarre Alien Warriors is a pretty great battle party if you're trying to evoke an SNES era feel.
IngeniousIdiot
0

Close
11/28/2016 03:03 AM
Thank you for the feedback. The left window was going to be for enemy names, and then replaced by the command window. I suppose the enemy names are not necessary, as you say. The character windows were going to pop up when it's their turn, revealing their status and max hp/pp, and you would be able to toggle all of them on if you needed to see it. However, your suggestion of having the command window take up 3/4 of the bottom and sliding three character windows away merits consideration.

The background is just a placeholder; I wasn't going to leave any strangely-shaped rocks under the enemies. Thanks for your comments!
WIP

Times, they be a changin'


I will play the shit out of this.
a_bertrand
30

I still need to improve a bit some of the shortcuts but if you want to try it directly:
https://www.dotworldmaker.com/Home/pixel_editor.html
Deltree
doesn't live here anymore
4556

Close
12/06/2016 08:05 PM
Hey thread. I'm putting together a Steam Greenlight video/montage, and would love some feedback before I commit to anything! Here's my first draft: