Excellent Game with an Interesting and Unique Story

I have a personal bias against the ABS for RPG Maker games. Very, very rarely is it ever used effectively, or in a way that felt fun. Here it works, and it actually works well. I initially had great difficulty with it because I didn't pay attention in the tutorial, and did not realize the main character had a near-inexhaustible heal. It doesn't make the game easy, but it makes the ABS more than bearable.

As for the game itself...I was blown away. I didn't know exactly what to expect, but it surpassed any expectations I had and really grabbed me with the unique, mysterious story. Did the same to those on my stream who watched it. It's difficult to describe it without giving much away, but...

The best way I can describe this is as a slow burn, with payoffs that feel like they really matter, and twists that don't feel forced or trite, but organic and make previous scenes make much more sense. It's confusing at times, but it's worth it for the story when it all ties together. Plus, there are multiple endings, so finding the truth becomes much more of a journey. It hardly ever felt like a chore.

+Excellent story. Worth every second invested to experience it.
+Choices that matter and affect the outcome. While certain things are hard coded, the choices really felt like they mattered, and did far more than change some text.
+Made the ABS fun. Seriously...I didn't think it was possible.
+OPINION: I felt emotional at several points in the game. That to me is the sign of excellent storytelling and game design.
+Lots of extra side quests and secrets to discover

=Lack of options (adjusting volume for one). This is more a result of limitations of the engine than anything else, so forgivable.
=Minor typos and glitches, but absolutely nothing game breaking or that detracts from the atmosphere or story.
=The tutorial could've been a little clearer, or perhaps made the player DO the actions (like heal) to progress, etc

-Some of the bosses are cheap (One hit kills, or incredibly powerful) and if you don't save often, you can lose a LOT of progress.
-The maps are HUGE. 500x500 in some instances. It can make travel a bit tiresome, even after you receive a special item increasing your character's speed
-Fast travel doesn't come until the last half of the game. Even faster travel? Not until you are nearly at the end.

TLDR: This game is worth your time if you don't like being held by the hand as the story unfolds. If you like a mystery, and want to feel something for the world and characters. Easily one of my top three games of all time, now. 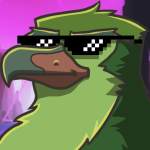