Do You Want To Quit

We all have to start somewhere, and developer HanMiNah started her RPG game making efforts with the 28th Birthday Event. I think a lot of us forget how scary it can be for new first-time game makers to put themselves out there. It can be very easy to throw in the towel and just quit. I could be wrong, but I think this may be the sentiment that HanMiNah could be trying to convey in this short game - "Do You Want To Quit"

The Story:
A young girl is asked to join her family on the other side of the woods. She's afraid of going outside, but her mother convinces her to give it a try. From that point forward, it's up to you to see her through, or give up.

Game Play:
The Game is a simple exploration adventure. There are no battles, but death is lurking around every corner. The forest is a dangerous place and you can instantly die from at least three dangers.

The very first thing I did at the start of the game, was press UP and go back home. It's comfortable there. There's a piano, a bed, books, a letter from someone named "October", and there's a plant that needs watering. I could stay here all summer!

Tip: You get the "Normal" Ending if you give up at any point in the game. 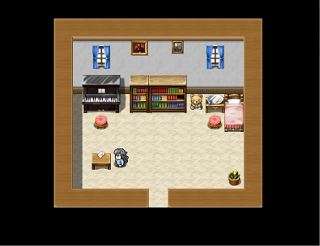 After that, I decided to go from point A to point B and get to the other side of the forest. Of course I died from all the traps... and it's interesting to know what the character's last thoughts were before the blackness takes over. On each screen, your character asks internally - "Do I want to go home?".. and you choose to either press on or not.

Obstacles:
First Obstacle, there's something poisonous in the grass, and thankfully, your mom left you a note to tell you how to get through it, without that it would have been a frustrating experience that would have actually made me want to quit, literally. One wrong step... instant game over! 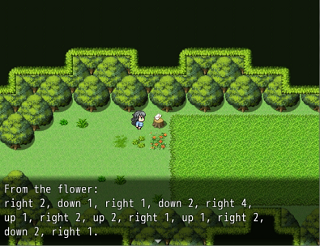 The second obstacle to overcome is hunger. Save your game now, because if you eat the wrong set of mushrooms, it's instant game over. It's just a simple matter of picking the right one. 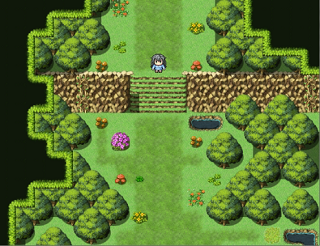 The final obstacle is the bridge. Very Simple, don't step on the cracks. Of course I did it on purpose to see what would happen. Instant game over. 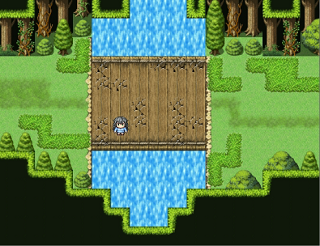 Once passed.. you have won the game and can join your family for the rest of the summer!

Overall Thoughts:
While playing this game, I thought about what it means to be scared and how it relates to new folks who come to the RMN scene. It can be a daunting task to get your game page created, not that it's difficult, but submitting anything for approval can create anxiety in some. It can also be tough for some to ask for help or feedback on their game. I believe that our community is generally helpful and friendly, is there anything to be scared of?

In HanMiNah's case, making a game for an event like this, with English not being her first language, is a huge achievement in my mind. There's very few mapping errors and the events are all straightforward and simple. The entire game takes about 15 minutes if you do everything. 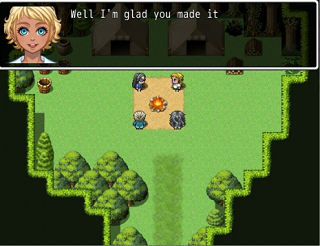