Lands of Lore is a little interesting demo released in 2011. It was supposed to be a non-linear game in the same style as The Elder Scrolls series, where you explore and do whatever you want. A very ambitious goal, but was the game on the right track? Well... 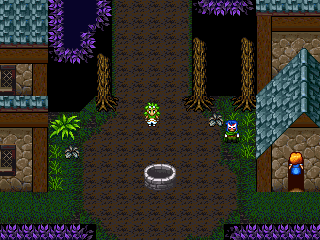 The game starts with you as the default character, Zack, appearing randomly in some kind of town. Is disappointing that there aren't any options to customize your character but I assume that it must be because the developer didn't have any time to work on that feature. As soon as you start to explore your surroundings you can find some of the objects and NPCs. When interacted with they will show a message saying something like “Roll: 7”. This is the basic and most prominent feature of the game, the “rolls”. Actions, like stealing, climbing a rope, or even talking with people, have a random chance of succeeding or failing depending on what number you roll. The developer points out that the system works like this: You first roll a random number based on your skill proficiency and your main stat, lockpicking, for example, works with the lockpicking skill and your Agility stat. After that, the game randomly adds or subtracts a number from 1 to 5, and the final number is compared against the difficulty of the task. 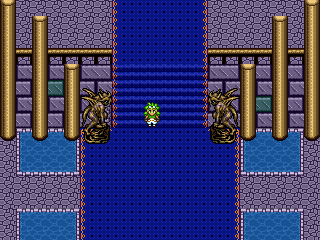 This is all fine and good until two problems appear. First, there’s no way to check how high is your skill proficiency, or if it even increases with certain actions or anything. You have to rely on your main stat, and it isn’t very easy to increase, as level ups come very rarely in this game (unless you exploit a glitch later on.) Second, for a demo, you want the player to complete most of the challenges they find, so they can get a better taste of the game, right? Well… here, nine times out of ten, you will fail the rolls. This becomes annoying as it is simply a matter of trying to steal or speak with the person over and over again until you finally get a good result. This probably has to do with that extra number that gets added or subtracted at the end of the calculation. It means that your rolls can vary from 0 to 10, with only multiple rolls ensuring that you will get a good result. And sometimes it is impossible to even complete a task, no matter how many times you reload the game, as your skill will not be high enough. What makes this annoying is that there’s no way to know if you just have bad luck or if the stats are the problem, this game really needs a window to look at your current stats, or at the very least, less variation between the rolls.

Don’t get me started on lockpicks, which there only a limited number of them available and they get used no matter if you pass or fail a task. You can waste all your lockpicks on a single door before you finally get a good roll that lets you open it. Yeah, you can buy lock picks at the store, but this leads to my next complaint, the economy. Enemies drop very little gold and experience, with too many of them dropping nothing. Couple this with your very low stats at the start of the game and inns taking a 20 G to use. This doesn’t sound like a lot until you realize that rats drop 5 G each one, and they can easily take a good chunk of your health. You can only beat a group of two before getting badly hurt, let alone four. The same applies to experience, with few enemies actually granting exp, and they only give small amounts. 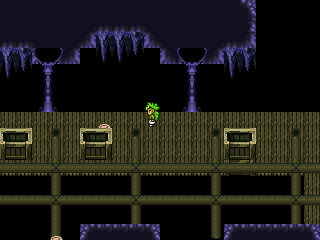 You would imagine that after all these problems I would hate the game, right? Well, in some way, yes, there are the previously mentioned problems with the mechanics and balance, the maps ranging from “okay” to “horrible”, many paths leading nowhere, stupid and very simple quests, and the game overall being an unpleasant experience. But at the same time, I really like the mechanics and I would’ve loved to see them more polished. Is understandable why the game was unfinished, as ambitious games like this tend to end up with the developer burning out or planning and adding more features than they could ever finish. Do I recommend the game? Nope, it is pretty bad, but still, it is a shame that we could never see a finished version of this.