Not so much of a horror game

I read that you were going to add voices so I will review it as a game that has more to give in the future and not as a final version.

Music and Sound: 3/5 Good but could be improved for the best.

The few sounds that were in the game were good, maybe some extra sounds in the main menu to add a little more flavor to the game. About the music, it was right for the mood in every moment but it never moved me, nothing stunning about it, neither memorable, a scary music combining sounds would double the tension. That is a incredible "trigger" in horror games.

I am very skittish and a little paranoic, I actually imagined a strange music when there was rain and it freaked me out, and when I focused on the sound of the rain I realized there was nothing, so I relaxed a bit afer that... this is the "trigger" I am talking about.

Graphics: 3/5 Some flaws but fine

It is a short game, somehow hard to get much of it, I don't ask too much for graphics so I really didn't have a problem with Haru, but still it could have been better. The complexion of Haru is very similar to Lelouch, thin and tall but still there are some flaws, his right shoulder is incredible short and his neck looks like gum. The shadows in the clothes are very simple it could use more work.
And about the backgrounds, very good, I only have one problem, I really find it hard to believe there is more light at 11:30 pm than some hours before. It looks like if it was 4 o'clock on the afternoon with rain.

I would have wanted to see more pictures or effects. Maybe pictures of the endings instead of just plain black, but in second thought maybe that would ruin the mood, so I would go for blood stains but well that is just a little extra that most people would not even care much about. 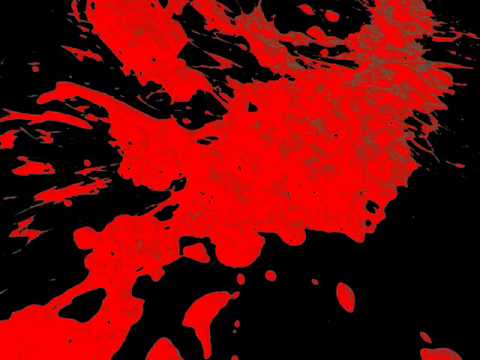 The story isn't great, it could be described as an investigation game where you have to click many things and try all the options to discover all the 10 endings, but the thing that I didn't really like is that there is no sense between one ending and another, there is not really a story, it's just "discover ways to get yourself killed by random things". I began playing it as an horror game and ended playing it as a funny game because of that, but well the real ending somehow explains the things.

The only reason why I gave it a 2 is the real ending, it's no for the story, neither for how you get there, minor spoiler---| actually when I finished the game I laughed cause you actually need to behave a little gay to finish the game-----|, but the reason was because I enjoyed trying and trying to figure out the real ending.

Thanks rabitZ for the grammar help
Overall: 2.5/5 More funny than scary

Close
07/21/2012 06:24 PM
Thank you for the review. Especially the part about the music since I also did the music on my own. I appreciate the feedback and will try to do it better next time.

About the minor spoiler: It isn't exactly mentioned whether the protagonist is male or female ;) (that's why I actually want two voice actors for the part)

I might do an extended version or even a sort of "sequel" to the game in the future with an actual story. This game was done within two weeks because of a competition; I don't want to sound defensive, it's just that I know there is no real story.

So thanks for the feedback.
MrChearlie

Close
07/22/2012 03:01 AM
Yeah, no problem, I am interest in creating visual novels so I was already planning to review this game and when nagademos was out saying that they would give me makerscore for do something that I already planned I was like cool.

Also, I think I was a little too unfair with the graphics, I wanted to be strict and review this in detail so I spot the worst instead of the good things, but it was neat in that aspect ;) also, I will play the voice version if someday you release it :9
Bakutex