Jack's Eve is a short Halloween themed adventure game made for the RMN All Hallows event telling the story of a nameless wandering spirit. There are no battles, no experience, no levelling or any of the other traditional mechanisms; this is a gentle journey without conflict though not without risk. The game starts without any introduction, but with a rather intriguing graphic, an amorphous blob pulsating slowly in front of a nebulous backdrop suddenly grows into a small being dressed in midnight hues with glowing yellow eyes and begins a journey from the dark start of its realm towards the light, the imagery is simple but evocative. 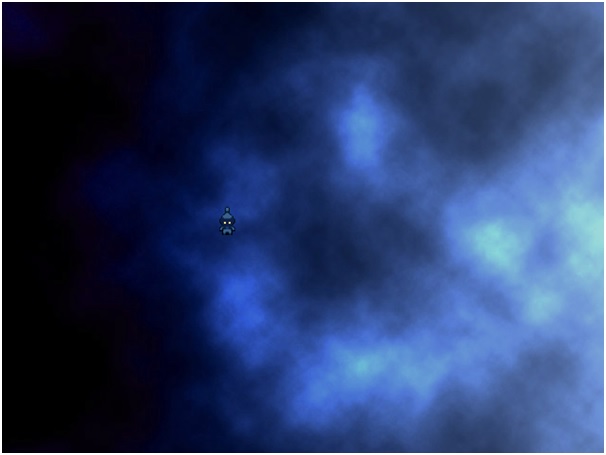 You could be menacing, but you’re actually kind of cute.

Stepping into the light transfers this little fellow back into his original blob-like form but in a world much more familiar to our eyes and he's soon remade himself into the cute gnomish graphic from the opening sequence. You can wander freely about this world, except into areas of light; he shies away instinctively with a visceral shudder and will not proceed into pools of light cast by lamps or open doorways. Within his available range however soon enough he runs across a glowing talkative pumpkin who fills in the player on the reason our nameless protagonist is here as it appears the little fellow has no idea. 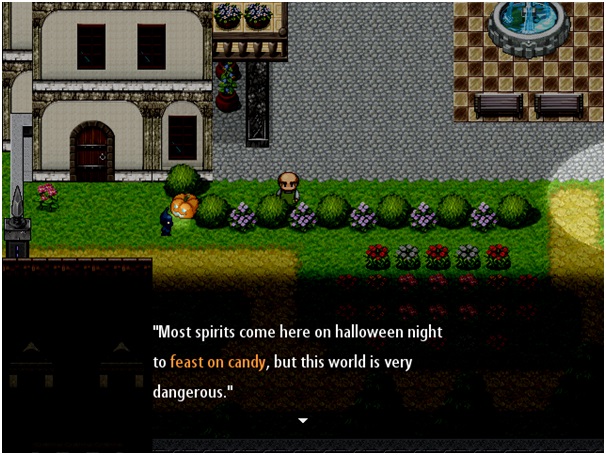 Risking everything for chocolate, I can relate.

So the basic premise of the game is that our little spirit has somehow stumbled into the world of the living on the one night of the year where this is possible, All Hallows Eve. The poor lost soul has no interest in candy unlike his fellow spirits, he just wants to go home, but as he has no idea how he got to this world he has no idea how to get back to his own, but that is where the talkative pumpkin comes to the rescue. Years ago he supposedly lost a precious silver coin, if he could get it back he could summon enough magic to send the little wandering spirit back home, but unfortunately it's been split into 4 parts and unlike our hero, Pumpkin has no legs so he can’t go and get it. So off our little hapless adventurer wanders looking for this mystical item.

He finds the first quarter in the first house he enters as well as another spirit, though this one knows why it is in the realm of the living, for the precious, precious candy, though it has by this point been unable to find any. Providing it with a piece will enable it to blow out the lamp in the courtyard on its way back to the spirit realm and enable our spirit to proceed further in his hunt for the silver coin.

The return of the first piece also means that the pumpkin can teach him a new skill, hide in plain sight. He gets a layer of protection from the deadly gaze of the living, shown via a handy heads up display which also indicates the number of candies he's found, it starts at 100% but as he wanders into the line of sight of humans it depletes. If it reaches 0% our little friend get transported to a random point on the map where he can find himself either safe or in even more danger. He also has his handy turn into a blob ability, accessed via the shift key, which can hide him from sight but also stops him being able to move so it's for use only when it's needed to let those pesky wandering humans pass by.

The main gameplay mechanic is stealth and the use of Celianna's tiles and some well placed lighting effects give a real sense of space and aid in charting your available movement routes. The graphics are used well with no glitches or errors that I could discern and some quite lovely individual pieces. 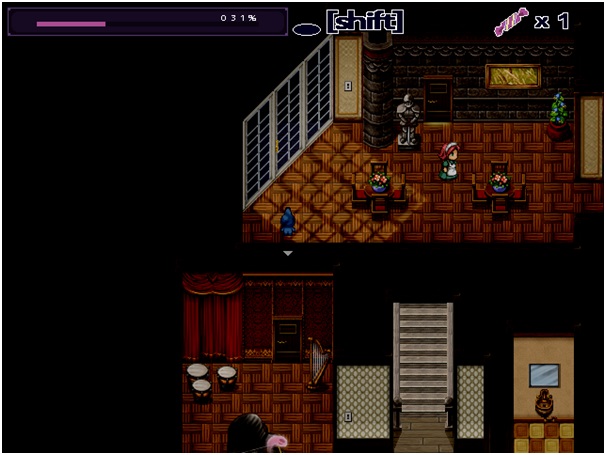 All this window needs is a full moon to be perfect.

Likewise the music is understated but used well and aids in setting the atmosphere of a lonely but agreeable little spirit just trying to find his way home.

The rest of the game is spent sneaking around and befriending other spirits in the form of candy bribes so that they will aid him in his quest. The chimney spirit transports him from floor to floor without him having to brave the well lit stairwells; the dancing spirits perform attention getting tasks like playing the piano or knocking over a set of armour so it can draw away the humans from areas he hasn't been able to search yet.

Along the way there are a couple of shield restoring points indicated by glowing purple disks that allow you to replenish that hiding shield back to full strength., and you'll need to visit them fairly often as those irritating humans are everywhere. As the game progresses you get more and more of the story of the humans into whose homes our lost soul and his fellow spirits have intruded, it's actually a pretty well constructed story, nothing earth shattering, just the events in a manor house and adjoining servants quarters on a Halloween night. The story of the lactose intolerant Lord of the Manor ignoring his doctor's advice and spending most of the evening going between the bedroom and the bathroom is a little scatological, but somehow it's not remotely offensive, just an example of how people do things irrespective of whether or not that's good for them, and that Lord's of the Manor don't tend to listen to advice too well. 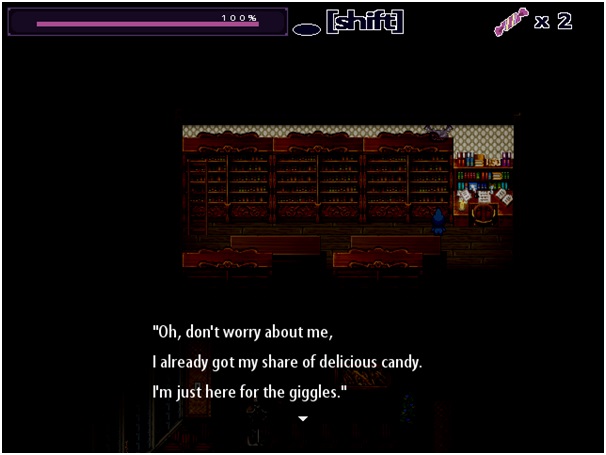 You also get some hints that not all is as it seems, which given the night of the year in which it is set should come as no surprise to anyone. Though our little protagonist is undeniably naïve, but then again that is part of his charm. Finally after about 30 minutes of sneaking, bribing, mischief making and clue gathering you finally gather all the pieces of the coin and find out just what it is that Pumpkin Jack was up to all along. It's not particularly surprising, but it is well within the milieu so I'm not about to spoil it. The game is linear but not procedural, in that there is only one place you are going to end up, but the interactions you have can be done in almost any order without the loss of story or cohesion. It's a simple gentle tale and one told with a certain charm, and if you like the stealth mechanic and problem solving as gameplay drivers then I'd recommend you take 30 minutes out of your day to visit. Oh and think up a suitable name for your little wandering spirit, you get to name him in the end, and he gets an awesome title.