What you're SUPPOSED to do is...

Background:
I'm not sure what initially drew me to this game. I'm not a huge horror fan in any respect, and the comments suggested the game was legitimately scary. Despite that, I have been passively following it for at least a few days. Though, if I want to be honest with myself, something was taunting me to review something. So, here we are.


Graphics:
The mapping (which uses REFMAP tiles) is okay. Character portraits have slightly visible defects, but don't really take away from the experience. There's a spattering of pictures that pop up for a split second that have a jump-scare effect, but I can't really say much else about them.


Audio:
The game uses a near-minimal approch to it's audio. This helps make the jump-scares that are in the game all the much more jarring.


Story:
The village is protected by spirits (The game calls them "gods", and that my be the literal translation, but I think "spirit" is more appropriate for a western audience) called the Ou. Each year, a family is selected to make an offering at the Ou temple. This year, is was the Shimoda family's turn. They send their nineteen year-old daughter, Shimoko, to undertake the journey. She makes the offering, but feels tired and hungry. She takes just one piece of fruit, thinking that it would be okay. As this is a horror game, I don't think it would spoil too much to say that the gods spirits become pissed off, and now, someone must pay.


Playing the game:
While I try to be as general as possible, there may be some spoilers in here.
Show

So, you're just going to plop me into the game with no story-explanation, or anything. Well, that's not necessarily a bad thing.
Whoa, that HP/MP is low. Also, "Body odor" at 999? Considering the other values here, I somehow doubt having a high number here is good.
Oookaaaay, I can't enter that house. Aaaaand, the game isn't going to move forward unless I get in there. Hrm. Something's not right about this.
Never mind. I'm an idiot. I was mistaking the thing that tells me not to mess with the offering as the offering box. Our protagonist is also an idiot, but that's beside the point.
That's the weirdest-looking save point I've ever seen.
A dream? To some. A nightmare to others! Oh. Uh, never mind!
Stupid jump-scares. So, this is going to be one of those games, is it?
That's two. Oh boy.
Investigate the house? Really? Really? Then again, the game will let me out when it's good and ready. Though, the jump-scare opportunities this presents are not sitting well with me.
There was a phone-looking object in the kitchen. Jus' sayin'.
Oh, hi bloody-face-on-the-wall! Are you going to eat me?
Whoa, I'm in control of my character? I can't get out, so, wait. What does this meeeeaaaan?
Uhhhhh... I can't get out of this room, and nothing is happening. I even talked to that bloody-face-on-the-wall, thinking that would do something. Apparently not.
Oh. GAME OVER. That was... more than sufficiently lame. Though, the fact that it's not instantaneous should mean that I should be able to do something. Hrm...
The telephone line has been cut. That figures. It was probably cut when Shimoko was looking for her cell too. Seems likely, given the genre.
Huh. The only place I can go to where something happens is the room that GAME OVERs. I'm probably missing something, though. That's my gut feeling.
A passcode? I swear, that wasn't there before. Also, I don't recall any clues! Unless...
Okay, I've got a shotgun and they've don't got one. Maybe I can survive that room? Save first.
Oh boy. A black screen. I can only see my character. This generally means that one just moves forward until something happens.
I, uh, don't think that door was straight ahead. Can't be too sure, though.
Now that I'm in House B, it's time, once again, to HUNT THAT EVENT! Man, this is getting annoying!
Glowy bits!? Geeze, why didn't you do this sooner!
Huh. That glowy bit wasn't actually useful at all. Not right away, at any rate. The other one I saw was behind a pair of dummies. Which I can't seem to do anything about right now. The kitchen, as before, has a save-point, and little else. The only other rooms that I can enter is the bathroom and... whatever that other room is supposed to be.
Blast! I can see a person in the room next to the bathroom, but that room is currently sealed! GAAAAAAAAH!
Forget this. I've had enough.

General Observations:
Of all the things a horror game can do to be a horror game, I enjoy jump-scares least of all. That's just a pet peeve of mine, however.
There were three times when I found myself playing Hunt the Event. I'll admit to not being terribly thorough with the first instance, so that's forgivable. The other two times, I thought I was pretty thorough. Obviously, not thorough enough, but I found it an increasingly tedious process each instance.


Summary:
Maybe the game is as scary as the comments say. Maybe not. For my own part, I just kept hitting wall after wall. With each wall, what enjoyment I may have had with the game decreased until I was just fed up with it.


Side note on ratings (since there is/was/will be somewhat of a spate on what rating means what between each user):
1/5 -> Terrible. Forget about hitting an audience. The game is so bug-ridden, or otherwise unplayable, that what entertainment can be found in the game has a hard time coming to the surface.

2/5 -> Bad but playable. I had a poor experience with the game. When played by a player the game actually caters to, it would serve it's purpose.

3/5 -> Average. A solid experience, but snags somewhere along the line cause it to be held back from being "good".

4/5 -> Good. I enjoyed the experience, and have no qualms supporting it if was considered for a featured game (if it wasn't featured already).

5/5 -> Excellent. Among the paragons of gaming experiences, and instant feature material in my humble opinion (if it wasn't featured already).

Close
02/03/2014 03:45 AM
I'm just going to post a comment here, saying how I appreciate your description of how you rated the game out of 5 stars, especially on a site like this where oftentimes people will have their own idea of what the scale means.
outkataoka 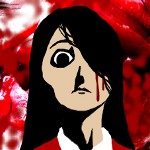 Close
02/03/2014 07:22 AM
Thank you for writing such a piece of thorough review.
I will take your suggestions into consideration when making the next game.
If you don't mind, would you like to be one of the test players of my next game?
Pages: 1