Laugh and watch your expectations die

The Most Stupidest Game Re-Duh! is a classic from way back in the early 2000s. I remember it fondly as a hilarious romp through a fantasy world. I had cause to revisit it recently and decided to write this review. Yay?

Considering just how old this game is, it wouldn't be fair to judge it by today's standards too much. It was a product of its time - a simpler time when graphics didn't mean as much as they now, when rips were considered the be-all-end-all of game creation and when dumb stories, characters and in-jokes were the coolest things to come out since Ice-T.

Visually, this game is a mess of rips, Mack and RTP files. There might even be some custom content in there but don't count on it. There are some decent maps, there are some truly horrible maps and there are a lot of maps where you shrug and go "That is certainly a map."

Thankfully, the aim of this game wasn't really in presenting a pretty world, and that shows through the game. Don't get me wrong - the developer definitely tried to make some visually appealing aesthetics, from a beach-side shack to the town of communist smurfs, there was clearly some care taken to try and represent the various areas well. It's just, well, we've come a long way since then and comparing it to today's maps would be like comparing Dragon Warrior 1 to Dragon Quest 11 - they're both very much products of their time and ultimately very different visuals were at hand during that period.

Sound is a variety of ripped music, default sound effects and a few custom sounds - including the hilarious (and yet kind of? racist-ish) sound clip of faux-Asian Priest Ninja shouting "Aiiiii kick ass for the Loooord!" Granted, it will crack you up, but still! Again, another product of it's time when the internet and world were a bit less concerned with not being a raging douche to other people.

So graphics and sound are both not amazing but that's not why you play this game. No. This game is played for the humour. And boy howdy, does it deliver on that. I mean, sure, it steals a few skits from Monty Python, but if that's where you're going to draw inspiration, you're doing something very right on the comedy front.

Characters are funny, dumb and interesting. From the save point who won't quit to the little girl who will kick your ass to communist Papa Smurg and the sliiiiightly racist-ish Asian kick-fu Priest, there's a lot to love about the characters and laugh at about them, too. Which is the whole point of the game and definitely why it's so memorable.

Lastly, yes, there are bugs - because bugs and hard puzzles are the meat and potato of old games. Back before playtesting and balance were a thing, the damn things ran rampant and this is no less true for Re-duh! Thankfully, though, the game comes in with some safety checks on some of the harder puzzles, with clues given if you fail to get the right answer enough times - and straight out telling you the answer if you fail really hard (to be fair, it's a dumb puzzle). 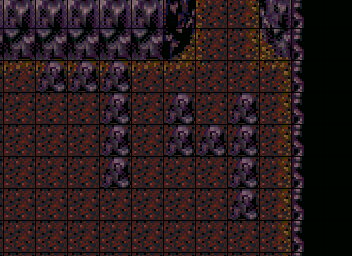 This one's for you, piano!


Overall, this game is an experience and it's one that all people should try if they're looking for something dumb or funny to pass time. It's not the best game in the world, but it's full of hilarity and sometimes all you want to do is laugh while you watch the world burn.