Myriad Cypher is, like most of the games that were created for the inaugural McBacon Jam, quite short, but it's also densely packed. The theme for the jam was deprivation and/or abundance and this game encapsulates both. You play as - well he doesn't have a name, but I'm going to call him Honey, because that's what his wife calls him - a man separated from his family by the failure of the jump gate system who has to work his way back to them via the slow lane. So the first instance of deprivation is the loss of those most dear to you, and abundance is your unending determination to be reunited. Those conceptual instances are mirrored in the planets you visit in your quest to get home, most of them are specialist worlds, growing a particular crop or manufacturing a certain item. They have an abundance of one thing and a lack of another and that is where you come in, in order to gain the money and influence you need to reach home you become a trader, buying low and selling high and building up money and influence along the way.

After the minimalist opening sequence where the impetus for the story is laid out you begin your journey by accepting your first mission, which is Honey's first step to acquiring the myriad cypher of the game title, the item that will allow him to jump out of the current quadrant and into the one where he's sent his family. The mission system is the vehicle that moves the story forward, accepting and completing each one opens up new areas for advancement, but you can also go off on your own to ply your trade and build up enough credit for the next upgrade to your ship, or just to add to your burgeoning nest egg. 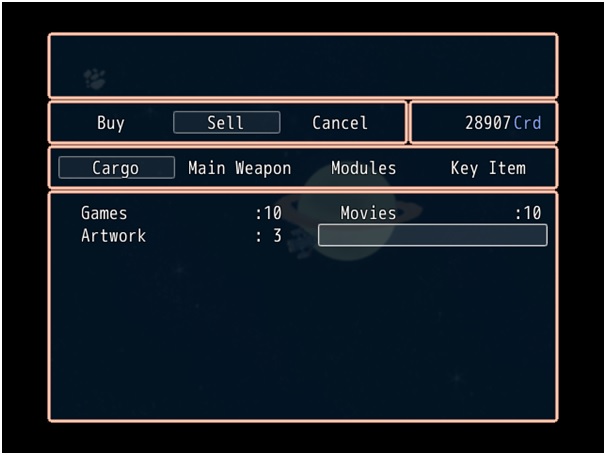 This trading lark is quite profitable

Game controls are a little specialised, but intuitive, left/right arrows turn your ship in that direction, up arrow accelerates, down arrow decelerates or reverses your ship, which is handy for backing out of spaceports, trying to fly through a planet is not recommended, even if it was allowed. The movements can be a little tricky but once you've got the hang of them it become easier, though it is still the best idea to pick your direction before you start moving, curves aren't this movement script's strong point. The maps in the game are starry backdrops where planets appear like multihued orbs ripe with promise and potential. The design of these world is lovely, simple but elegant with a realistic mix of diversity and similitude, reflecting that for every gas giant swirling majestically against the inky blackness bracketed by its rings of precious metals and sparkling crystals there is a plethora of rocky iron rich planets and cratered airless satellites, so it felt natural to see the occasional duplicate graphic echoing that reality, and incidentally also reiterated the theme in a subtle way.

It's a shame the same can't be said for the music, it's all RTP which is neither here nor there, but it's not really appropriate to the game setting. Being set in the icy blackness of space I was listening for something a little more science-fiction themed, but there really weren't any musical motifs that fit the look or feel of the game. It's an area that could definitely use some improvement.

There is a slightly off-kilter nomenclature in the dialogues, in that each world has a name (Pirox being the first you visit), but when you are being sent on missions to deliver cargo rather than using the name of the planet that requires the cargo your are directed to a Nav point instead, it would be like Earth needing a planetary defence grid but the transport vessel is directed to the sun and then having to work out which of the 9 planets (bugger you IAU, Pluto is a planet) to deliver the goods. The game designers have got around this by only having one planet per nav point in this particular iteration, but if the game is to expand beyond the Jam version, which appears to be a distinct possibility then multiple planets per nav point is reasonable. Using a planetary and then navigational designation (Pirox, Nav 1) would make more sense game wise and actually feels more natural in relation to dialogue.

Though that does bring up a useful addition to the game, the star map. 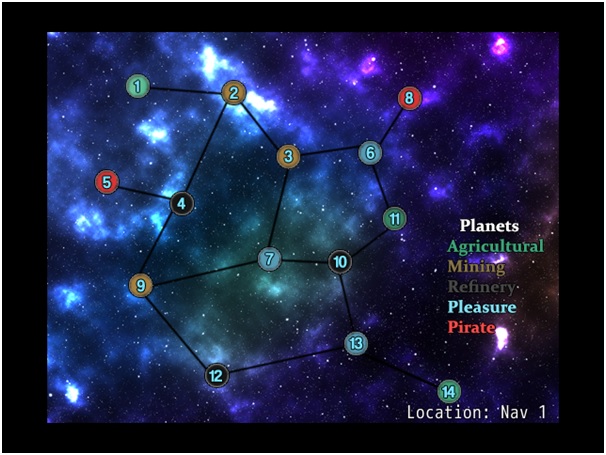 It's a good idea to ascertain which planets want which items to make your trading more efficient and as the map indicates the planetary types at each Nav point it allows for a bit of forward planning. The agricultural planets will sell you cheap food, but will pay well for luxury items, the pleasure planets will sell you luxury items at a discount but will pay a premium for contraband; and that brings up an interesting situation. A somewhat darker example of the theme is shown in one of the contraband cargoes you can carry, slaves. Surely the most telling example of deprivation available, and it become a bit of a moral dilemma as to whether or not you transport them, the rewards are high, but is regaining the comfort of your own family worth aiding and abetting the removal of someone else from theirs? This isn't explored in this iteration of the game but it could easily be slotted in at some later point.

In fact there are quite a few hooks that have been placed within the game that are obviously designed for a later and more extensive build. The lack of combat is the most obvious one; each planet allows you to purchase not just the products made there via the market place but also to upgrade your ship at the Outfitter station. The items available include fixed weapons, armour plating, force shields, engine upgrades and disposable weapons but as you have no one to either fight or run from (or both) they are currently a waste of your precious trading capital, and for this player at least there is a glitch which means equipping any of those upgrades reduces your ship's hull armour and weapons to zero and triggers the need for a repair. Still as nothing can harm you, you can continue to fly around on a single HP (Hull point) without anything untoward happening.

In the end you could probably make it from one end of the star map to the other in 30 minutes or so, but if you want to build up a bit of spare cash so that you don't end up having to live in a coffin apartment when you do finally make it back to your family, then it would be fairly easy to spend an hour or more jumping from world to world to deliver cargo. That time could easily double or triple once the addition elements of combat, and therefore the need to actually spend money and time on weapons and armour upgrades, are added to the game. Until then it's a pleasant enough way to wile away half an hour, if only the music was better. 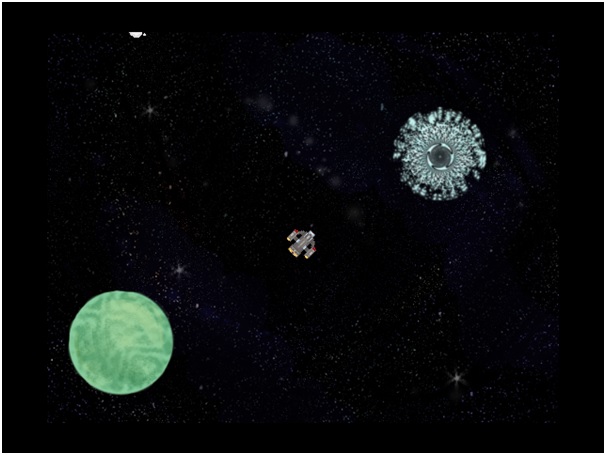 Close
02/19/2015 12:13 AM
Thanks for the review Nhubi! In regards to the music I'm happy to say that I've roped an irl friend into helping us out there! He's almost done with the first track and I'm really excited. Think smooth space jazz.
Marrend

Close
02/19/2015 12:28 AM
Funny story about the music that's in this demo, though. I had a few songs for use as concept music (see this status). They were even in one of the early demos that were being passed around! However, I thought that using rips was not appropriate for an event-entry, and were ultimately removed.
nhubi

Close
02/19/2015 03:13 AM
Wonderful, I'm glad to hear it in regard to the music. It really was a bit disconcerting. I'll be very happy to return to this game and this review once it has been updated, though I can understand you all being tired after the effort of the jam. Oh and I really like that Spore Valley theme, that would have worked well...but yes, rip, oh well.
Pages: 1