Life on the Edge

This entry for the inaugural McBacon jam team event combined the skills of Aethers, Ocean, JIHAUS & Fomar0153 to create a mission based science-fiction game set on the Frontier, an endless, uncharted alien dimension of infinite sky and floating landmasses, full of resources, life, and promise. In the semi-dystopian future presented the governments of the world long ago gave up their rights and responsibilities to and for the people and submitted to the will of the corporations, who when presented with the vast and uncharted wealth of the Frontier expanded into space not in the interest of exploration, but exploitation.

The game opens years later on Hope station, a name that immediately conjures images of frontier settlements built throughout human history, little bastions of light and promise, filled with people desperate for a second chance and the hope of a better future, when the corporation that runs the station calls in the Crimson Edge mercenary team to combat another corporation who are engaged in the pointy end of a hostile takeover.

There are no countries out here on the Frontier, no government but the corporations and no law other than the one you can buy, which is where our characters come in. The Crimson Edge team is made up of Phosfine, Antonio and Lucinda, three no-nonsense professionals (as their face-sets attest) hired to do a job and get paid. Their motivation is a simple and as straightforward as that, get in, get it done, get out and collect the pay check.

So you hit the ground running, fully suited and loaded for bear robot and you are in the thick of combat almost immediately. I'm suddenly having Macross flashbacks, and whilst these aren't building sized Veritechs capable of taking on the Zentradi one-on-one I'm instantly awash with that feeling that I can take on the world and I'm going to start by blowing away these automated suit-jockey's in front of me. It's not very civilised but then I'm a mercenary, civility is for bean counters and poets. 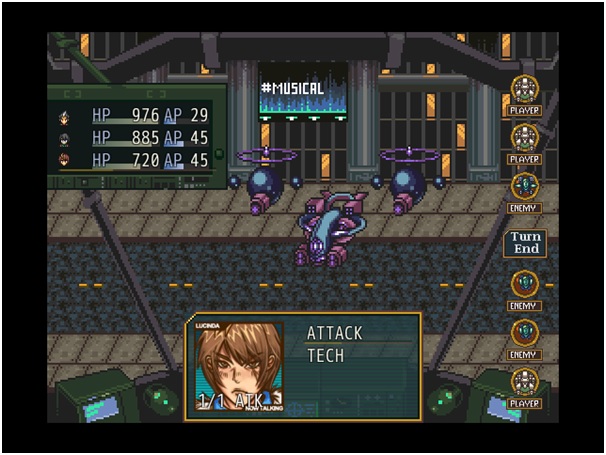 Time to rip them apart...even though those battlers are lovely.

Combat is heavily customised with each round having two actions, an offensive and defensive phase. First you lay down some ammo and then throw up your defences as your opponent attempts to do the same. All of this is done through the frame work of a cockpit window, and it is very immersive and realistic. There is a downside to that as I cannot see my team mates, and whilst there is a handy HUD showing their health it gives no indication of any state ailments or other information and induces a strange though narratively consistent feeling of isolation. This makes items like the rejuvenate support function designed to alleviate all status ailments somewhat problematic since you can't tell when someone has been hit with something debilitating. I ended up using Phosfine's 'draw fire' sacrificial action as a stop gap measure in times of trouble. So whilst it is a team effort it's almost a subverted musketeer message, all for one and one for all and every man for himself, or woman as the case may be. Because seriously almost from the get-go Lucinda is my go to character.

In that same vein not being able to ascertain the state of my enemies is a bit problematic too, especially in a SF setting where I would imagine sensors and scanning equipment is de riguer.

The command interface is a little less than optimal with the placement of the offensive and defensive commands and I found myself committing a secondary action a little more often than I had intended to as I got caught up in the enjoyment of the atmosphere and hit that enter key just one too many times in sequence. But after a few combats I'd regained my composure and it was easier to navigate around.

There is an interesting treasure dynamic, in that you don't get to open a specific chest on each level around until you've filled the combat meter on your screen by engaging in well, combat. I'm not quite sure about the narrative logic of that but it does mean that you really don't get the option to dance around your slightly sluggish enemy and nab all the power ups and enhancements before you take them on. It also forces the player into a minimum number of battles and therefore a predictable minimum level advancement through the various areas, quite an interesting way to aid in balance. Through given the fact that rank growth enables better weapons and upgrade purchases I really can't see a reason why a player would avoid any opportunity to engage in combat to gain those needed ranks. Since going up in level doesn't alter your stats, only equipment does.

The wonderful combat screen isn't the only aspect of this game that aids in immersion, the music is almost without exception spot on, there are a couple of moments where it felt a little out of place, but not for long so it's not really a complaint, and I have to say the theme for the third mission was just about perfect. The graphics are just so much fun, the 'mechs are tiny little works of art and I just wish all three were shown on the screen at the same time during normal play, because there are times when you can't get enough of a good thing. The grittiness and somewhat faded splendour of the station itself is very well portrayed in the maps. There are splashes of eye-piercing neon against a backdrop of industrial browns and greys, all of the windows glow with a sullen bronze light, as if clear white light would show up the imperfections. There is no signs of life other than the robots you have been sent to destroy, apart from a few muted trees planted into the pavements. Even the few flowers you do eventually see when you take on the level boss are subdued and washed out, no vibrant deep reds and cornflower blues here. Everything feels leached of colour. It's a well put together and consistent package and a delight to the eye.

The game is broken up into a series of missions, each a little more challenging that the last with a central hub for downtime of the team between jobs. It's here that a lot of the exposition happens as there really isn't much time for it whilst cruising the streets, mines and mountainsides weapons hot and sensors locked. Though there is usually a bout of exposition and character advancement when the level boss has bit the dust and been dragged home to his momma - and by that I mean the teleporting witch President Karanthia who is frankly gorgeous.

There is a slight graphical glitch in the hub scenes in that if you've changed the order in the game and swapped out Phosfine's mech for one of the others that's the one that will then appear to go equip and upgrade whilst the other two members of the team stay as their unsuited sprites. So in my case I had Lucinda's green mech wandering around being piloted by Phosfine and talking to Lucinda's character sprite. 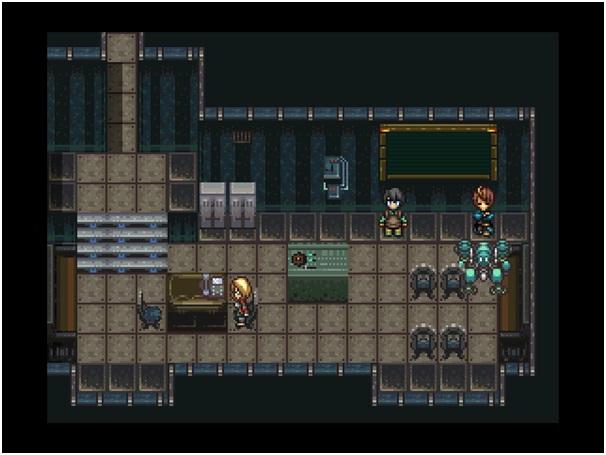 Boss, get out of my suit, I just got the seat the way I like it.

The three members of the team are an interesting bunch. Lucinda is quite a character, she is all about the money and the next job, planning and mapping out her future but when situations arise where she could easily garner a fatter pay check by swapping one corporate employer for another she gets affronted. It seems her internal moral code of keeping her promises and honouring her contract completely subsume the surface motivation of capital acquisition. She oscillates between stone cold practicality and emotional motivation which gives her such a well rounded and intriguing persona.

Antonia is portrayed as the idealist or more fully in Lucinda's words the 'teary-eyed idealist wannabe hero'. I'm not completely convinced that he is that, he seems more to me the sort of person who isn't so much of the belief that principles and values have a higher priority than concrete reality more someone who is simply sick of seeing the same futile situations over and over again, and wants things to change not because he believes that there is some basic good in all but because he knows there isn't and he's just tired of those fat cats coming out on top every time. It's not so much idealism as subjective benevolent revenge.

And then there is Phosfine (who keeps setting off my spellchecker) the leader and ostensible mediator, though that role is also assumed by Antonio and even Lucinda at times. Of the three he is the most practical though his version is much more even handed than Lucinda's. He keeps his eyes firmly on the prize, distractions are to be avoided and risks mitigated. This can at times bring him into gentle and not-so-gentle conflict with his teammates, but in the end they work together well and cover each other's strengths and weakness without too much friction. 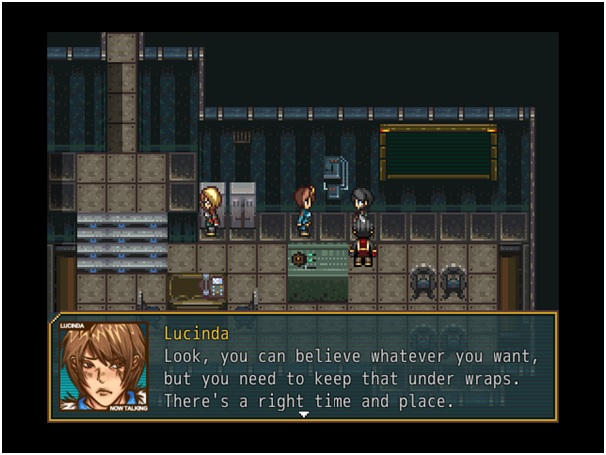 ...and this isn't it, Tony, get some perspective.

As each mission progresses more of the story that lies behind the scenes is revealed, it's not a particular surprising story arc and was a little heavily foreshadowed and overly moralistic at times, but not so much as to detract from the basic enjoyment. There are a few slight grammar errors along the way generally in the case of missing conjunctions but that wasn't of serious detriment to comprehension.

The final mission takes you into the mines, which aren't as interesting visually as some of the other areas, especially the administrative district, at least not to me. They felt a little more formulaic, which does work in something as designed and built as a settlement, but feels out of place in a predominantly natural feature like a mine in a cave system. It was also the only place where I ran into any passage errors with some of the central columns allowing passage through their edges. Though it does also introduce the first terrain based obstacle in your path, which is a welcome addition. And of course that is where it all comes to a head...and then gets you nowhere. 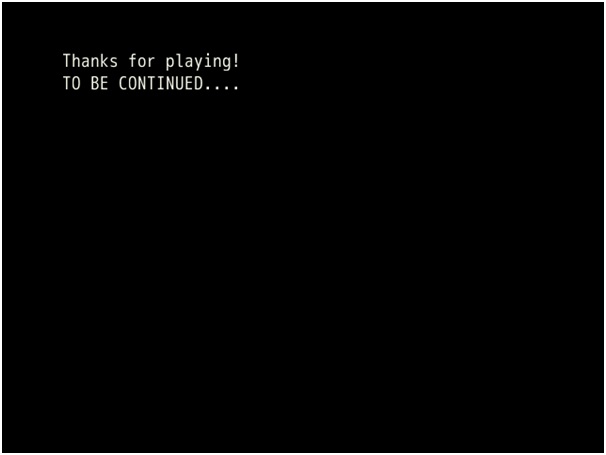 I had a lot of fun with this game, I'm usually not a big shooter type player and generally like quite a bit more story to go along with my combat but I think the inclusion of these battledroids, sorry mechs, Lucas owns the rights to the word droids, just resonated with me, or with the younger version of me who was enamoured with Macross and Gundam and Evangelion. And whilst the plot wasn't particularly dense or intricate the characters were interesting and felt real enough to keep me engaged. So all in all a well rounded and fun experience that I would recommend for anyone who wants to spend an hour or so laying down suppressing fire and blowing their enemies into scrap metal, and who doesn't want to do that sometimes?