Hello, and welcome to another episode of *TheRpgmakerAddict VS classic Rpgmaker Games*! I already reviewed many of these great and unforgettable classics, like Onyx, Alter Aila (the very first one, not Alter Aila Genesis), The Way, Three the Hard Way, Demon Legacy and... now it's the turn of another classic title that many players surely played or at least know, A Blurred Line.
Months ago I played another game made by Lys86 or Lysander, the Book of Three (here), and mind this past review because even if this is a totally different game and genre, it will become important later.

A Blurred Line at the time surprised me, and for a simple reason: it's a sci-fi/cyberpunk game, unlike most of the games of the time (I had still to learn that other futuristic game existed like Alter Aila, Gens - the Genesis Project or Iron Gaia, in any case the genre was rare, and still is now), and the beginning was in "media res". Then the game restarts as a flashback to tell the story of Talan, the protagonist that the player controls.
Surprisingly the real game starts with Taran that has to go to work and there's even a timer! But wait, there is more! There are different paths and solutions to go to work, that later will determine which companion (or companions, thanks to a glitch, I think) Talan will get. 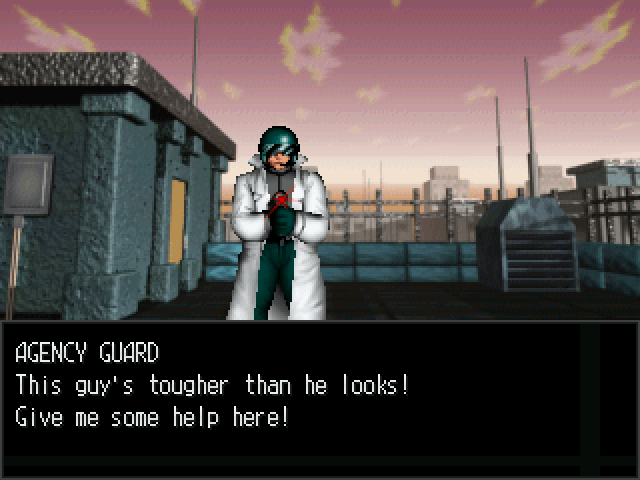 Even if most maps, sprites and backgrounds are ugly, there are some suggestive scenes. This is the first really hard combat encounter!

This was pretty new at the time and still is an original idea, if we consider that the game is also riddled with minigames and other activities. For example, taking a particular path right in the beginning, it can happen to be involved in a situation that has to be resolved through a stealth minigame, but later there is also a (hated, at least for me) driving part, a hacking section, and so on.
Clearly the game includes combat too (unfortunately using random encounters, but this was typical at the time, so it's ok!), but do not worry if in the beginning it's rather boring since Talan just possess a single attack and it's also rather mediocre... later he will discover some powers that lets him absorb abilities from the enemies (Blue Magic? More or less, and without the need to buy items like in FF: Endless Nova!), abilities that sometimes are the key to win! Anyway draw that ability enough times and it will be learned permanently! Cool!
But Talan is just one of the party members, expect to recruit some helpers with different abilities and skills (this happens in the beginning but also later after the first half of the game, and in two cases you have the choice between different party members).

Anyway these are just diversions, the real treat is the story: all starts with Talan being framed for a murder he did not commit, and this will take him outside the city and around the world, but in some occasions we'll play as secondary characters in situations that will flesh out the world and its story, also giving the viewpoint from another side.
Great, this is extremely well done, fun and interesting at the same time. So is there any flaw? 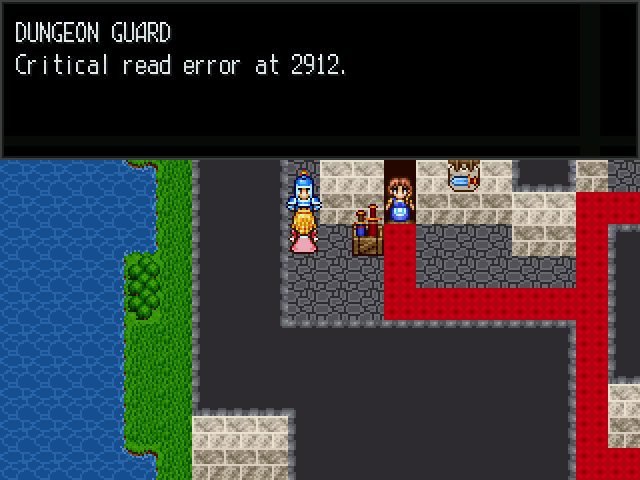 Yes, this is still A Blurred Line. And a rather cool part of it!

Well, if you played Lysander's other game I reviewed, The Book of Three, you will see some similitudes: characters of the main cast with wildly different abilities, well implemented minigames and sections (like the one in which you escape from a fire), aaaaand... really mediocre maps! Well, yes maps are quite simple, bland and not so interesting (except those functionally made for the minigames), I do not mind the wild mix of Rtps and sprites from a vast number of sources, unfortunately some are pretty ugly (the resources used are mostly good, it's the placement that is often odd and chaotic). And also monsters are of different styles and varied quality, some rather fugly, and I cannot stress how some visuals could have been better. I know that futuristic resources and sprites in general were rare at the time, but Alter Aila was of more or less the same year, and Iron Gaia was of a year later, still they looked more coherent. And this is especially valid for the second part of the game, the one outside the city, in the wilderness and villages that have a distinct "fantasy" feeling (this also happens in some cutscenes).

The second "flaw" is popular: this is just the chapter one of the story, so prepare to have a great but incomplete adventure that will take you occupied for some hours but will close with a "to be continued" (EVEN IF it's somehow pretty simple to figure out at least of some of the event that shuould have happened, given the fact that the prologue is about the final parts of the second half that never happened).

It's a pity because there are so many good things here: story, gameplay, and music too. The music for the intro for example is a midi-rendition of Escape from New York (really appropriate, I guess), but there is a collection of tunes from different games, from Amiga, Snes, etc. Great collection, and great use.
Ok, that's all for now! 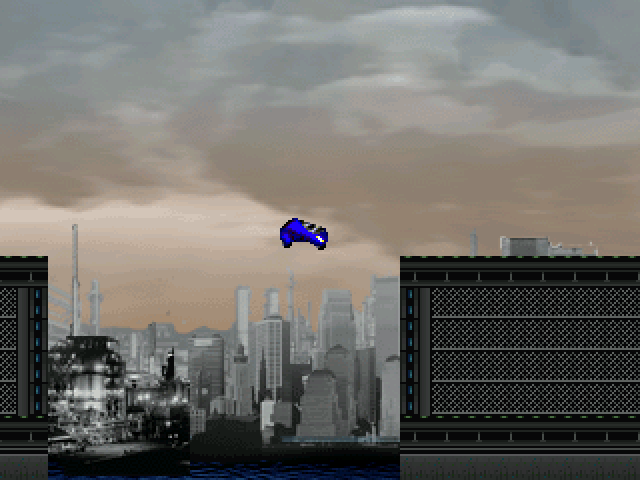 Final Verdict!
This game is really a classic, really well made, but to appreciate it fully you've to go past its flaws, that I mentioned earlier. Some players (and I personally know some of them, since I suggested the game in the past, because it IS good!) cannot forgive the mediocre graphics and maps, and judge the book from the cover. Typical. Still, this is not a perfect game, but it's a very good one still today, I guess! The pacing is perfect, it feels like a movie, and a very good one (complex and not boring), even with the non-linearity of some parts, the characters are interesting and unique.