YOUR FAVORITE GAME EVER! 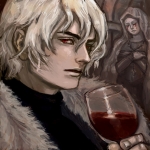 Yeah, that was one of my favorite games. Had a lot of fun colecting all the souls to get the OP and deadly Chaos Ring!
TigrexHunterSnake

Close
03/18/2014 08:17 PM
I would say that Monster Hunter Freedom Unite was, a lot of stuff to do, epic battles, badass Tigrex Armor, i just can't play enough of this game.
kory_toombs

Edit: RE4 is anything but horror.
kory_toombs

author=JJJ7
Edit: RE4 is anything but horror.

Then its the best damn dancing game ever made! Since it anything but.

Line up to buy the RR4 dancing pad now, so you can dance along with Leon as he kicks some zombie ass.
Marrend

author=JJJ7
I should have mentioned this before,
but the game you choose, from now on,
is the only one you can play for the rest of your life!
BWAHAHAHAHAHAHAHAHAHAHAHAHA!!!

I've been pondering this for a bit. If I could only play one video game ever, I'd be tempted to say Heartache 101 - Sour Into Sweet. This might show more than a bit of bias on my part, but the custom content really makes the game stretch.
JJJ7

The ability to create stuff for the game, or the ability to modify it, would be a pretty huge factor for me, though. So, if I can't choose that, Forgotten Realms Unlimited Adventures. No, wait, duh, RPG Maker VX Ace. HA-HA, I'M SO SMART! Heroes of Might and Magic II - The Succession Wars.
RyaReisender

Close
04/01/2014 08:21 PM
No rpg franchise, not even Final Fantasy, will ever get me nerdgasming harder than the Ace Attorney series. I don't play many other murder mystery visual novels, but man, I love every single title of that franchise. If I had to pick my favourite game ever, it would be the first Gyakuten Kenji. It's just so much yes all around.

(Now to download Layton vs Ace Attorney and afterwards patiently wait for the fan translation of Gyakuten Kenji 2 to be complete...)
Tau

Still is after all these years. I hate pretty much everything they've made around the game though.
Liberty


I've really found myself playing Minecraft so much lately - the crazy mods, the awesome servers - it's got almost everything you could want in a game. Want an MMO? There's MMO servers. Want an RPG? Got RPG mods. Want to make a family? Mods. Wanna play Flappy Bird? There's even a map/mod to do that.

Apart from that, the II series (Suikoden, BoF and Lufia) are just great games to play and fun. Terranigma is also a game I could spend a lot of time with.

I love them all.
SiegfriedCalibur

Close
04/05/2014 12:21 AM
It's Xenogears.
The deepest story I've ever experienced in my whole life of videogames.
I will come back to it again soon.
CashmereCat

Close
04/07/2014 05:38 AM
@Liberty Minecraft is awesome. I was into it even before the beta came out (hipster, I know). I only got bored with it after playing for about 2 years straight heavily. Those were some 2 good years though. Not for my uni grades though :P

My favourite game of all time might be Spyro The Dragon 3. There were just so many collectibles set out in such a logical and rewarding fashion that it gripped me, even from the age of 10 or however old I was. Such a good game.
EzekielRage
191

Close
04/08/2014 03:37 PM
My favorite RPG is a tie between Tales of Symphonia and Persona 4 Golden.
TOS pretty much defined my childhood. It was because of that game that I wanted to get into game making in the first place. It was one of the deepest and most thought-provoking games I have ever played.

But holy crap I love me some Persona 4G. All for the same reasons as TOS.

My favorite non-rpg is definitely Ico. That is the only game, to this day, that will make me cry like a little baby. And that is something I will shamelessly admit.

If you held a gun to my head and told me to pick one, however, I would probably have to go with Symphonia.
kentona


I've really found myself playing Minecraft so much lately - the crazy mods, the awesome servers - it's got almost everything you could want in a game. Want an MMO? There's MMO servers. Want an RPG? Got RPG mods. Want to make a family? Mods. Wanna play Flappy Bird? There's even a map/mod to do that.

What I want in a game is a game. In these sandbox-y type applications like Minecraft or Terraria or what-have-you I have yet to find a game in them.
Liberty

Close
04/08/2014 07:02 PM
It has allowed the creation of things like Adventure maps and the like where you actually play a story within the game. And there's a lot that can be done with mods, even so much as changing the way battles, healing and the like work. Of course, you have to find those mods and maps and install them yourself (or use a client in some cases) but as a break from story everywhere, it's neat and very flexible.


That said, if I had to choose between Minecraft and my RPGs... RPGs it would be. I do like depth in my worlds/characters/plots~ ^.^
Shinan

author=kentona
What I want in a game is a game. In these sandbox-y type applications like Minecraft or Terraria or what-have-you I have yet to find a game in them.

I almost feel the opposite. The sandboxes are where the real playing happens. So many other games you just sit back, press a couple of buttons and watch as something unfolds.

(of course not exclusively so. But saying there's no game in these things is really just ridiculous.)
Pages: first prev 123456 next last
Forums :: Videogames
Back to Top