Story: This feels more like a demo than a game, but they say it's completed. What you're essentially trying to do is get through a series of locked doors. That's it. The intent of the game is more or less for exploration. As the developer says on the game page, the game really seems to look at how feasible an open world is in MV. Of course, if they want an open world, they're probably going to need a lot more maps. 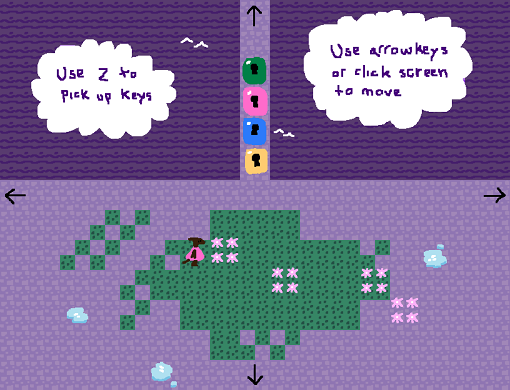 And this is it! Those two text bubbles describe the entire game!


Writing: Not applicable. I'm not sure what is here to review.

Gameplay: There's none really to speak of. The game is an experiment in open world development in MV. You are in a series of maps, all the same size, interconnected, with arrows pointing you to the next map. On four of these maps, there are keys. It is implicit to the the design that Sammy is trying to get through those four doors. There are keys to be found to this end. Once you get through those four doors, the game concludes. Overall, this game seems to be geared towards very young children. If the developer adds story and tasks to the game, it might even be enjoyable. The character is the kind of anthropomorphic animal that would appeal to most young children, after all. Only the keys and the doors can be interacted with. The game page also suggests hidden areas and party members. I didn't find any of these areas, though I could cheat and search the maps since this game was never built and thus you have to open the editor to play it, meaning only owners of the MV engine will be able to play. 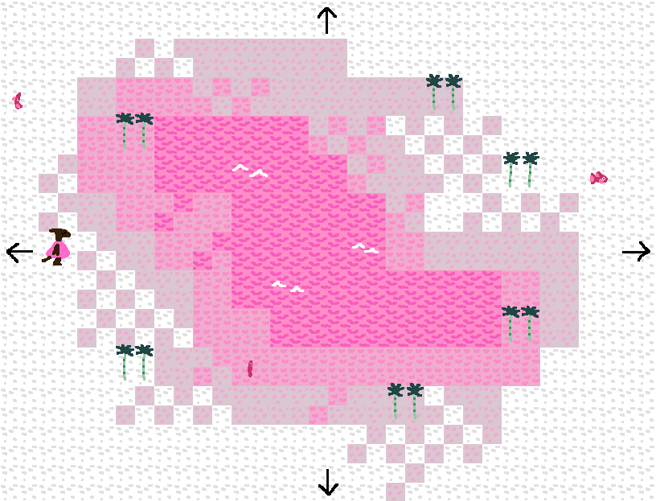 The game is composed of scenes like this one, in varying colors.


Graphics: This art was all done by the developer. Very nice and colorful. As I said above, the game seems to intended for a very young audience to whom the pastel colors, and the variety of animals floating around. Most animals can simply be walked over. Some can't. It is sometimes difficult to tell water from land and in at least one instance, I had trouble figuring out where to move because of it.

Sound: The only sound that stands out is the music, which is a very nice and soothing selection. I recall four pieces in total, but there may be more music that I've failed to remember.

Conclusion: It's probably good if you just want to relax and do nothing except control a character that's walking around. As for recommending it...there's no real purpose to it except a very small experiment that the developer did. I'm not going to score it because there really isn't anything here TO score. It's more of a tech demo than a game, and I honestly can't imagine what a score would tell anyone.

You'd also think the developer would try to draw attention to this fact before people wasted their time downloading a file in excess of 400 MBs.
Pages: 1