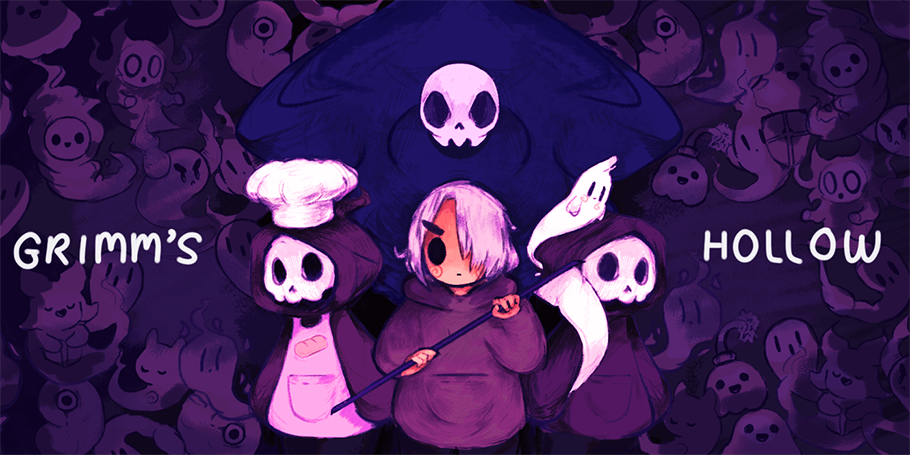 Grimm's Hollow has, at the time of writing this review, over 4000 Steam reviews, 98% of which are positive. This puts it comfortably among the highest rated games on Steam — not just RPG Maker, but games in general. So naturally, when I stumbled upon it my interest was piqued. Where's the hype coming from? 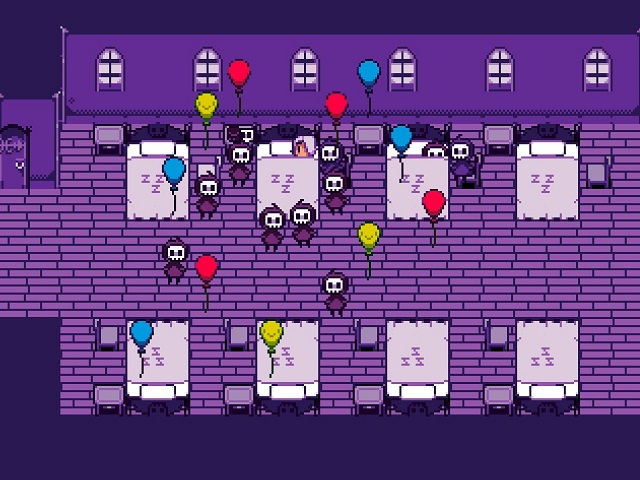 The answer to that question becomes apparent within the first few minutes of the game. Right off the gate you can see how much charm it has, from the presentation to the writing to even the seemingly traditional turn-based combat. The level of polish and the amount of personality this game has is outstanding, especially considering that this is a free game. That said, it isn't a perfect game and does have its flaws, which I'll go over in a bit.

But first, what is Grimm's Hollow? You play as a girl who dies and wakes up in the afterlife, where she eventually meets Grimm, who's either a reference to or straight up a version of the Grim Reaper. Grimm is pretty much the boss of this place, and he tasks you with "reaping" ghosts — essentially finding lost souls who are stuck in the afterlife, and helping them move on by fighting them. It may sound like a grim premise on paper, but Grimm's Hollow does what many games do these days and subverts its dark themes with a good amount of comedy and a generally light-hearted atmosphere. Grimm, as well as everyone else you meet in the afterlife, all have likeable personalities and are shown to lead fairly normal, human-like lives (at least when they're not doing the whole soul reaping stuff). 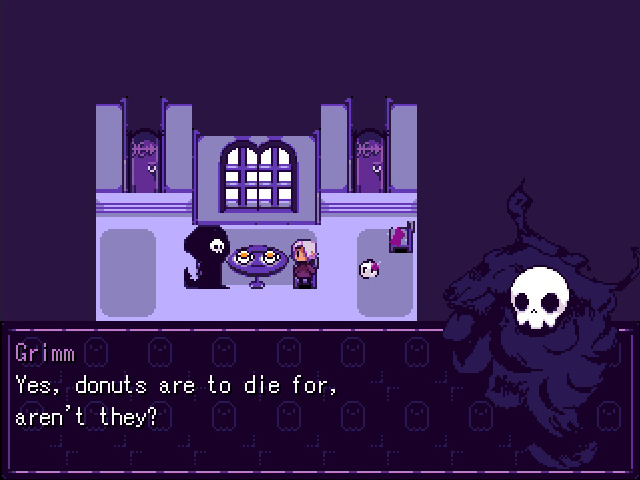 At its heart, though, Grimm's Hollow is a drama. Casual chatter and playful banter are mixed with discussions of life, death, family, childhood, etc. And since life and death are so closely tied to the game's setting, it's no surprise that this is where most of the conflict stems from. If you're a soul who just got sent to the afterlife, there are three ways in which you can end up — move on, stay here for a while (or possibly forever), or come back to life. All three have their pros and cons, and our main heroine is presented with some difficult choices throughout the game. It's an emotional ride, and while I can't say I ever got even close to shedding a tear, I ultimately found the story quite touching.

There is one aspect that didn't quite work for me, and that's the different endings. From what I've read, there are 4 of them. I only completed one and never felt compelled to look for the other ones. There isn't even any indication within the game that other endings might exist, at least none that I encountered. Regardless, I personally felt satisfied with the ending I got, even if it meant my journey may have been cut short.

The gameplay is probably the thing I'm most torn about. The battle system is a hybrid between action combat and traditional turn-based RPG battles, with timed button presses akin to Super Mario RPG, as well as a classic ATB meter. The game also has a skill tree system, where you can spend money to increase your stats or learn new skills. These two elements give the gameplay of Grimm's Hollow a surprising amount of depth. Unfortunately, this is also the game's biggest downfall. Its gameplay systems are better suited for a much bigger game than the 2 or so hours that the game offers. At the end of my playthrough, I felt somewhat unsatisfied with how many skills I didn't get to use or to even unlock, and how rarely I had to actually think instead of brute-forcing my way through the battles. There were so many items to buy, yet I didn't spend a single penny on them. And I was right, because by the end of the game even the items that I got for free were all just sitting there collecting dust in my inventory. I still enjoyed the game for what it is, but this is the kind of gameplay I would've loved to see in a longer game with more polish and better balancing. 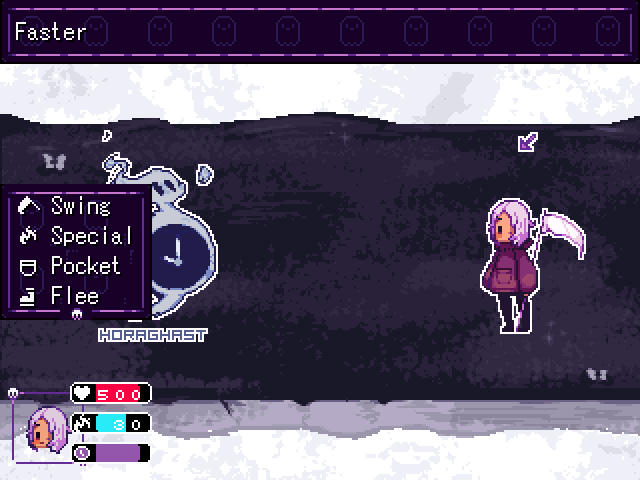 To end this on a positive note, I'll just mention that the game is very pleasant to look at. It has a very strong sense of style, and the visuals are colorful and easy on the eye. The environment graphics are just okay and could probably use more work, but the sprite artwork looks gorgeous and is both dynamic and technically sound. The interface is also neatly designed and perfectly intuitive. The custom graphics work really well together to give the game its own identity. The music fits the tone of the game well, but other than that I didn't find it particularly memorable. Overall, I felt the game was remarkably polished in terms of presentation and did very well to keep up its enchanting atmosphere.

Grimm's Hollow is a solid experience throughout, and will please both hardcore RPG fans and casual gamers alike, even if it sometimes bites off more than it can chew. It's definitely a title I would recommend to anyone looking for a good story-driven game to spend a couple of hours on.