Pushing to the limit...

One quest, three men, thirty minutes.
These are the numbers of Fragment, a short, classic fantasy adventure.
I played the first version at the time of the original contest, Trials of MZ, but I decided to wait for this more polished revised version before leaving a review.

Many games made during the Trials of MZ that I reviewed tried to be strange or innovative, presented weird stories or unusual mechanics and ideas. Well this is not the case of Fragment at all! That's not to say that this is an average fantasy jrpg game, on the contrary it's one that makes fully use of the mechanics and restricted resources (only Rtp were allowed) pushing them to the limit to create a high quality experience. Will it succeed? Well let's start from the beginning. 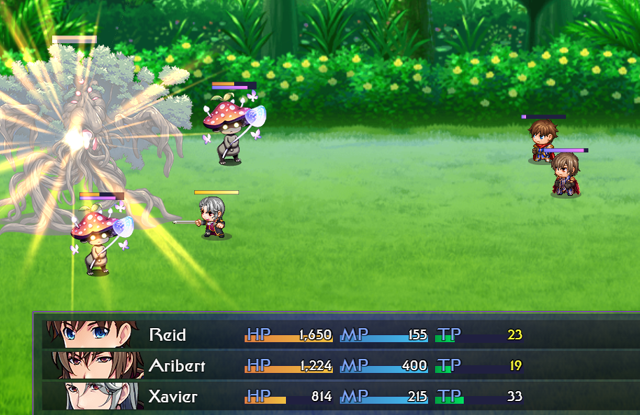 I admit at the start I was not particularly thrilled: the game begins with our young warrior hero Reid and his companions, the sorcerer Aribert and the noble Xavier getting ready to fight a great evil opponent that is going to be resurrected. They start the adventure after resting at the inn of a village near the lair of their nemesis. Not very original at all isn't it?
To tell the truth the beginning introductive sequence in masterfully made with a clever use of the various rtp, I wonder how good would have looked this game if there wasn't the Rtp restriction. But it's ok! Here's the first strong point of the game: the cool cutscenes!

The game itself is about 20-30 minutes long or even more since there are many random encounters and you can grind if you really want (but it's not needed at all) fighting more and more enemies. The three characters have some nice ability trees, and not the usual "level up and get the new skills I decided for you". And this is the second strong point of this game: well thought character development!

The new version has also better visuals and more options, I like it a lot until the end... yeah because I had a problem with the Qol2 version due to BallsOfLight.efkefc and Teleport.ogg missing files that messed my game during the last confrontations... no issue with the standard "Fragment" version thst I guess was the same event version I played at the time.
I also had another issue with the Qol2 version: I took the abilities of the mage tree up to the "Mirror Image" skill and I have two points left. Selecting the following ability resulted in a "you should take the previous skill". But I did that! Uhm maybe the message was because I had just 2 points or because I have to take all the skills, and not only those needed to reach that spot? Ok it is a totally minor complaint, I guess. 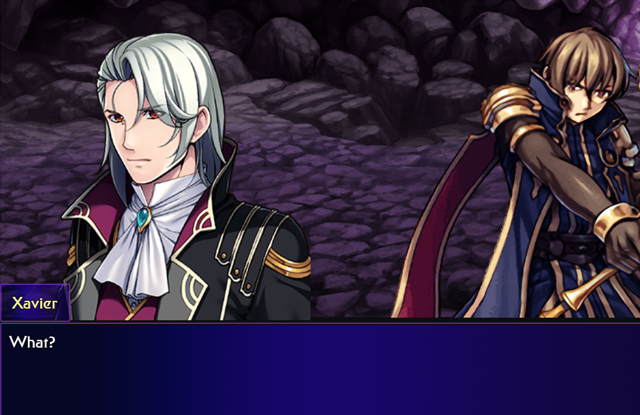 Final Verdict
Fragment is really a fragment of a bigger story: it start "in media res" and finishes before a real ending happens, so there is a lot left unexplained, anyway it has a lot of style despite the limitations of time and resources. It is a classical game with some original and well implemented features and I am pretty sure that the issues and missing files problems will be soon corrected in next version. I also found little use for the town shops due to the high prices of the equipments and the need to backtrack. What else? Oh I would have used a less dark tone to indicate the allies target of a spell or item since it is sometimes difficult to notice which is the one selected (this for last version) because they are all very dark. But again, this is another small detail that does not ruin an otherwise good experience! No serious bugs or typos and the story... well it was short but good!