Welcome back to another Devlog for NIRAVASI. This time (and for the forseeable future), these update posts will no longer be Weekly, but Bi-Weekly, meaning that there will be a new Devlog post every two weeks instead. I'm also happy to announce that a significant amount of progress has been made since the last Devlog and everything is looking absolutely grand going forward. But enough about that, let's get straight into it. 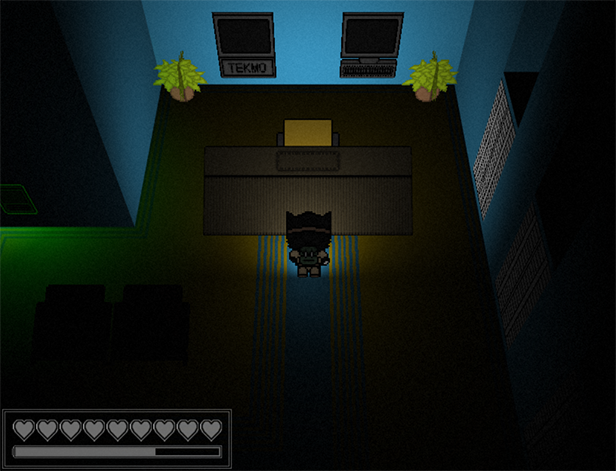 So yeah, the Bi-Weekly Devlogs. What's that about, you ask? Well, I think it's pretty clear in the message itself. From this point going forward, the Devlogs for NIRAVASI will be released on a Bi-Weekly basis instead of a Weekly one. The primary reason for this decision is that it's difficult to find stuff to talk about for the game's development every single week. I know I often used those content-dry updates to talk a little about the concept/goals of the game, but at this point, I think I've already established what it is I'm looking for with this project's release. Not only that, but writing these Devlogs does take a lot of my time (uploading to the different Social Media sites) and it's getting to the point where it's burning me out a little bit.

That's why from this point on, the Devlogs will be released every second week. This is far more manageable for my schedule (and mental health), and it also means that I'll have more content to show and talk about each time I release a new Devlog. As an example, I have quite a few things I'd like to talk about in regards to the 6th Level of the game, which I'll be happily discussing underneath. That being said, I apologise to anyone who enjoyed reading these updates every Tuesday, but I hope that you can understand that this will be better for everyone in the long run. 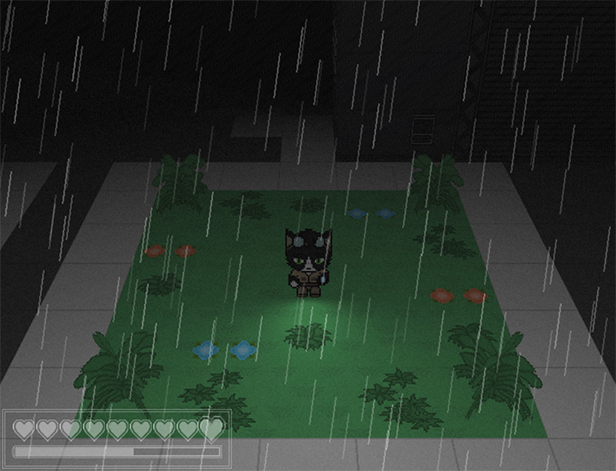 Since the previous Devlog, I have made a significant amount of progress with working on the 6th Level and I definitely foresee it being complete soon, either sometime at the end of February, or in the beginning of March. For those of you wondering why it's taken less time to work on this level, you'll have to remember the statements I made in the previous Devlogs. In terms of scale, the Aruvi District was by far the biggest level in the game. From the entry streets to the TEKMO Tower itself, there was a lot of stuff to work on for that level. With the Perfection Complex, however, it's much smaller in scale and size, but requires a lot more visual assets as it's the one level where the big reveal comes along in regards to AEON's endgame plan. I don't want to spoil anything here, but you may have caught a flew glimpses of it in the form of the Imagos.

My only big worry for the Perfection Complex level is maintaining player interest. As this is the second-last level of the game, it serves as a big climax point for NIRAVASI's narrative. As such, a lot more work will be going into the presentation of the level, as well working on the atmosphere I want the players to be invested in. However, the gameplay loop of this level is fairly simple and does not involve as many enemy encounters as the previous levels (save maybe for the big escape sequence I have planned out in the end). I've tried my best to offset this potential hiccup with both disturbing visuals and a plethora of lore bits to indulge in, but rest assured, my central narrative design philosophy remains the same. You do not have to look at the story of these optional terminals to understand just what it is that AEON is after. 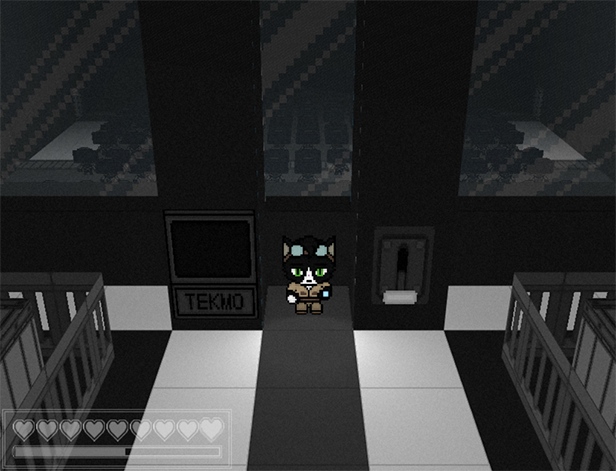 The Perfection Complex is also perhaps the first real big demonstration I have for the players in regards to following up with the really dark narrative direction I talked about in previous Devlogs. Here, in AEON's central base of operations, you'll find not only how the malevolent AI treats its guests, but also understand the nature of the horrific experiments of which both him (and the Synergeni company in the past) conduct on their subjects. In fact, my good friend (ZeeMadMaverick) has recently sent me two facial sprite frames of a certain character you may remember suffering a horrible fate. It's an extremely gruesome image, and I have to be careful about how I present it to the audience (I want to shock them, yes, but I don't want it to be overtly gruesome that it turns them off completely). Nevertheless, I'm really proud of the work he's done here, and I hope you will be too.

On the flip side, I've recently gotten into contact with Adam Halpin (NIRAVASI's composer) and have begun requesting/commissioning the next batch of tunes that will be used for NIRAVASI. As the game nears its completion (excluding the Endings), I feel that it's important to get everything on the supporting side of the game's development done before its inevitable release. Unlike the Title Screen music, I do not wish to reveal the tunes that'll be used publicly until the next batch of demos (and Full game) are released. Nevertheless, this is all just very early talk and we'll have to see what happens in the next few weeks/months.

Thank you once again for joining me for another NIRAVASI Devlog session. This one was a lot more different in terms of the style of writing as compared to the previous Devlogs, but I suppose that's just the nature of the beast. From here on out, you're going to be seeing a lot more progress in both the work and my excitement for the game's upcoming release. There's also still many things I need to get sorted out before then, but the fact that it's in-sight and coming quite soon is a little nerve-wrecking. Nevertheless, I'm really excited to see how it all pans out, and I want to thank everyone that's supported the project so far. NIRAVASI wouldn't be where it is today if it wasn't for the support you have all given me and the project. Anyway, I hope you enjoyed reading this Devlog and I'll see you again in two weeks.