Tower of the Starblessed

1 reviews
Save to Dropbox
A short story of two people who have reached the fabled "Tower of the Starblessed"-- home of the rumored “Starborn” and its peerless "Starblessed Warriors". It is said that those who reach the top and defeat the Starborn in its grand trial can make any wish, which will be granted without question...

As Zeiss, an alchemist-in-training, and Apollo, a descendant of a famous warrior, come to have their wishes granted, they learn more of the Starborn and its many warriors...

(Made for RMN's 14th Birthday Event)
Out of the list of prompts to choose from, I chose:
- A missing present
- The Happy Birthday song sung incorrectly
- Spinach


Note: This game should take about 50 minutes to complete, more or less depending on your ability to read people. If you find yourself stumped in a fight, use the "x_Battle Walkthrough" text file available in the folder!

What in the name of Front Page?!

Hi!! Uh. Hello!! I wasn't expecting to ever make a blog post about this game, since it's a complete game, but uh. I was about to go to sleep last night and was just rolling around the usual sites I visit, and I saw I'd gotten an achievement... FOR HAVING MY GAME SPOTLIGHTED ON THE FRONT PAGE?! HELLO?!?!

So I went back to the front page because I hadn't noticed, and... WOW...

"Fight for your wish!" aaa what a cool prompt/sentence for TotS... Thanks to whoever did that!

Needless to say I was shocked, excited, all of that! It's an honor! The event was very fun to participate in, and I'm glad I got over my nerves and went for it (making a game in 14 hours is uh... no joke).

There honestly isn't much else to say or show since, again, this game is a complete one... but to see that my first "fully complete" game got me an achievement like this is very, very... sweet and amazing!

Alright I'm not the best with words, that's not the point! I just wanted to say, thank you very much! 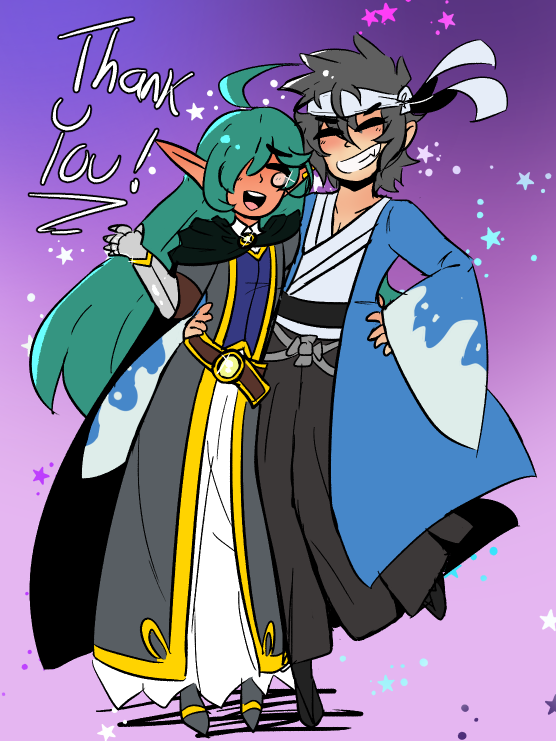 ...
...
And between you and me, I have a few ideas in my head about a... potential sequel to their story. It's not something that I'd see myself working on until years later from now, especially since I'm currently working on Call of the Overseer, but I have had a few thoughts. And a few sketches of their sequel designs, if that interests you:
Show 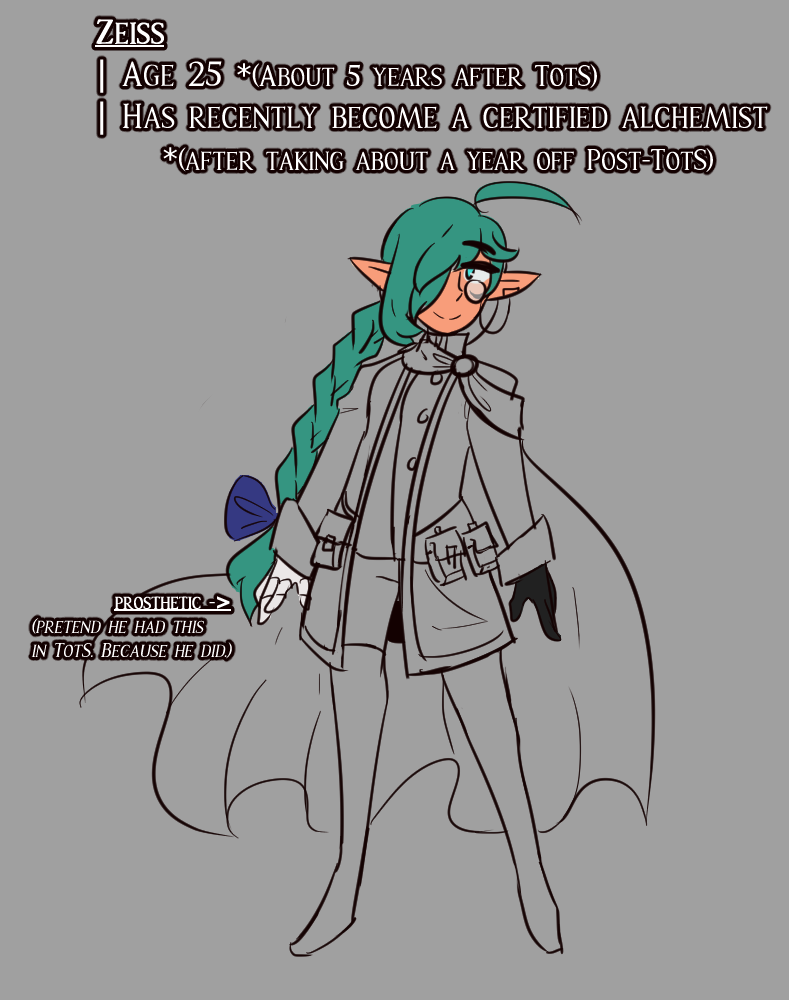 Zeiss had already been a student studying alchemy before the events of TotS, but he took a break afterwards for... a few reasons. In the end, this image is of him soon after he graduated/became certified. He's still unsure of what exactly he wants to do with his certification, but traveling the world and using his alchemy to help others with Apollo doesn't sound bad to him... 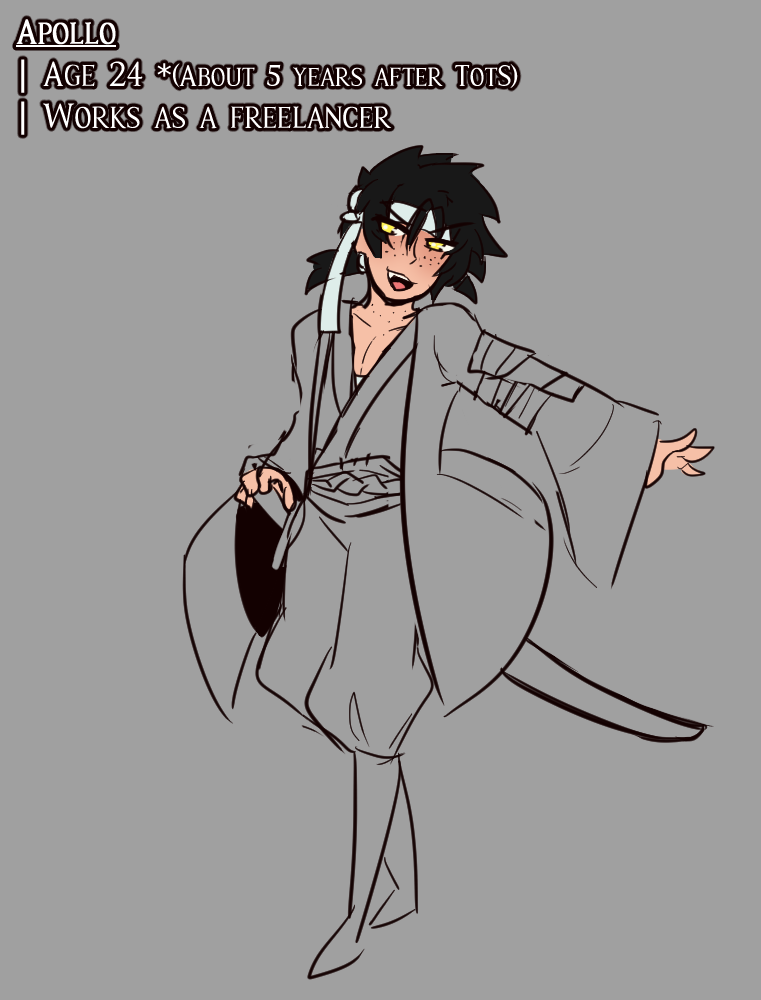 Apollo is a descendant of a famed warrior, and the family has passed down many teachings and abilities. He continues honing those skills after the events of TotS, but is ultimately struggling to figure out if he should try to use his strength in some sort of career. ...Well, no matter what, he knows he wants to stick with Zeiss & protect him, should the need arise. 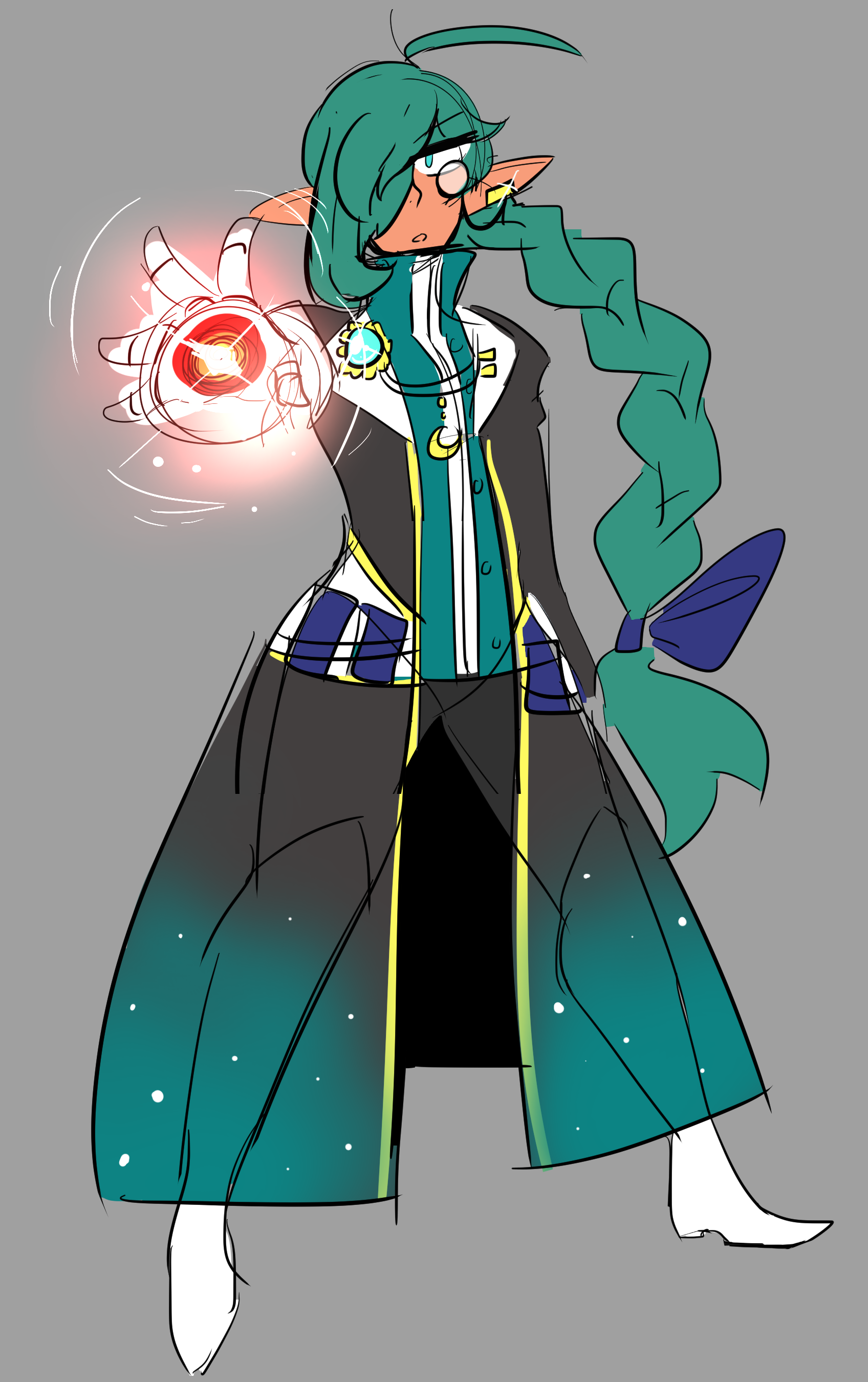 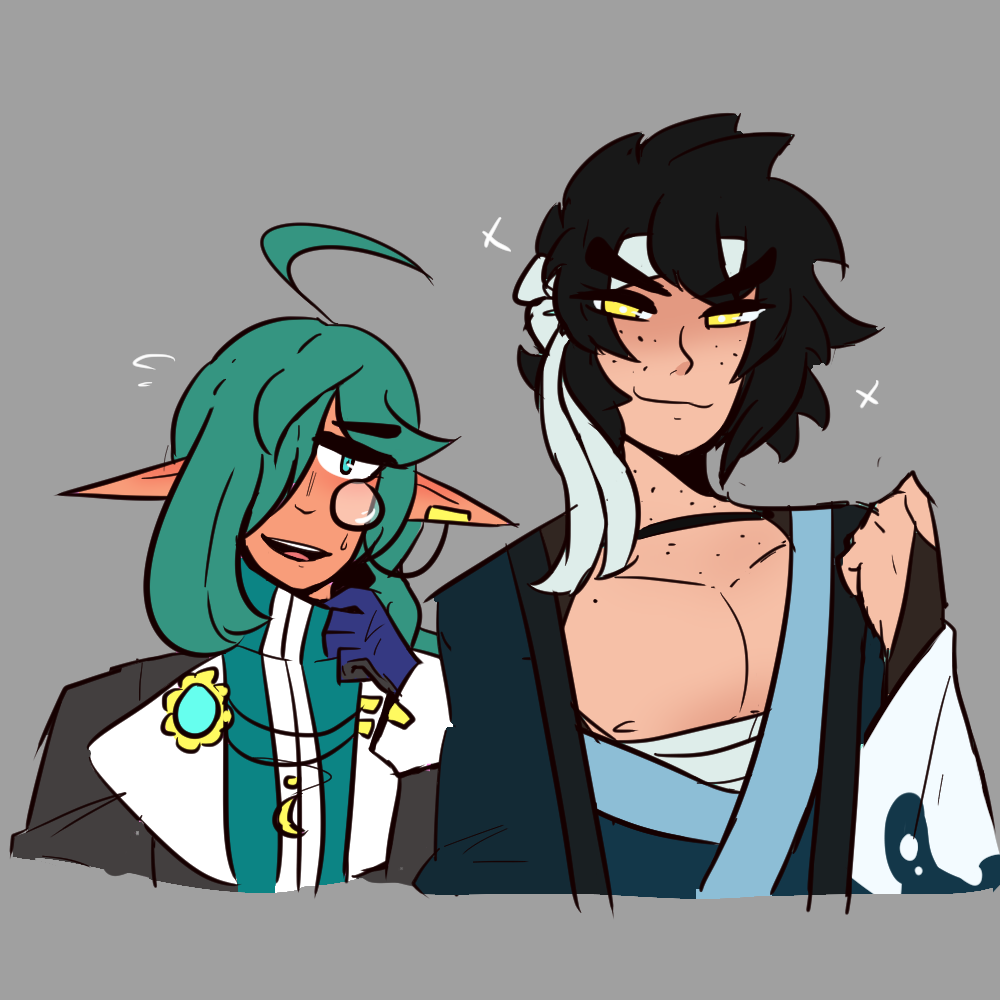 Aaand a slightly more refined idea of older Apollo (+Zeiss)'s outfit. Well, the bust-up of it, at least.

Guess what your opponent's going to do to succeed each round! But guess well, as there's only 10 rounds in a fight!

I wonder if there's a reason why it doesn't see many visitors... Well, other than the fact that it's a fabled being, of course.

Make one what, Zeiss? He must be talking about something to do with alchemy...