Shoot the dead in Project Dread!

Ok...
this week I reviewed a fantasy game, a horror game and a surreal game. What's left? A sci-fi/futuristic game of course! Enters Project Dread, an action/adventure/survival/shooter game about a special agent.

We play as Warren in the year is 2050: the corporations control the world and organizations fight for control. Warren is hired by Perseus Corporation to capture Dr. Vile, a leading expert on biotechnology hat has gone rogue and is working for a rival organization, the terrorist group Sons of Armitage.
This is just the prologue, I won't describe the details of what happens, but in the end the plan won't be successful as they hoped, and Warren will find himself alone in the enemy territory, struggling to survive. It's nothing new if I tell you that the plan of the Sons of Armitage is to create a super soldier, but something bad happens and the result is that Warren has to escape from a facility filled with zombies, a real Resident Evil situation/nightmare(The Hive)! 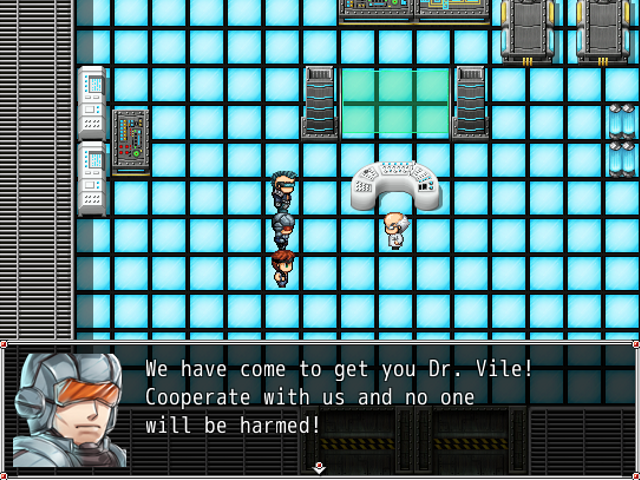 Is this the ending? Yeah, but just of the prologue of the game!

Ok, so the first part, the prologue, is a sort of tutorial with a stealth section that is not too difficult, but later the game becomes a real arcade shooter/adventure. Warren can equip one firearm and one melee weapon (that are used pressing respectively A and S) to defend himself, but he also has to collect keys, unlock doors, solve puzzles or some timed tasks to avoid dying in many painful ways! Luckily there are chests scattered around containing ammunitions, painkillers and other healing items.

Killing enemies does not award experience but DNA points, that in the beginning do not make any sense but later, once obtained a particular hi-tech armor, it will be possible to spend them and improve the characteristics (damage, defense, hitpoints), learn abilities (like regeneration and special attacks). This can only be done while standing on some black and white platforms, while the (more common) red and black ones are the save points. The armor is also pretty useful since it comes with a mini map and an indicator of Hp and Mp, so before getting it you have to manually check your status using the menu from time to time (to avoid running around with just a couple of hit points left!).

Combat is not bad or too difficult (I find the difficulty adequate, even if it becomes even easier after getting the armor) but there are different types od enemies that are increasingly stronger: in the beginning there are just zombies with claw attacks, then stronger undeads that breath fire, ice zombies, and then zombie guards with armors and shotguns! Oh and they also respawn after a while, so don't even think to kill everyone, since that facility is an inarrestable zombie factory! Also bullets are best reserved for bossfights (at least those of the strongest weapons, for example use your pistol and keep shotgun shells for harder times!). Dodging enemies sometimes is better, well when it's possible! 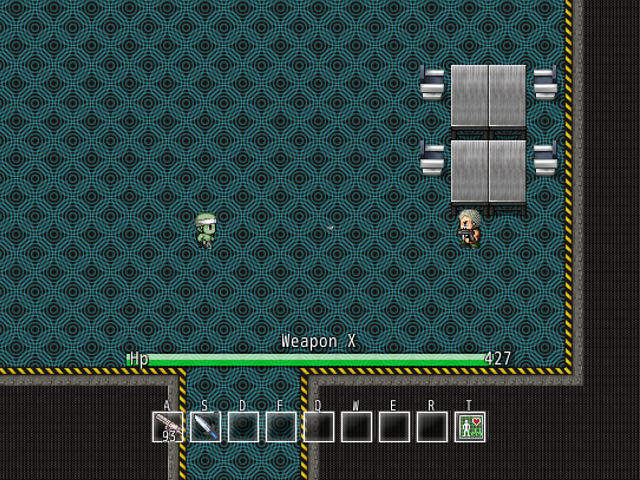 The boss fights are the best moments to draw the strongest weapons and unload them on these horrid creatures!

The game has also some other non-combat sections like for example the timed fire part or the magnetic card puzzle, and unfortunately this is where the problems of the game came out: before I just noticed some typos in the dialogues (sorrry, responsbile, soliders, busniess, etc...) and nothing else. The fire part requires you to turn on some computers before the end of the contdown... BUT this is not enough! No, it's also necessary to kill the fire zombie (that is not very different from the others) to avoid the game over.
Then there is the magnetic card bug: if you fail the puzzle you get the cards back to retry. But you cannot because except for one computer, all the others become not interactive! And the only way to retry the puzzle is then to reload (I had to collect all the magnetic cards, SAVE, and then try the puzzle, just to be sure!).

And then there are some minor glitches that unfortunately are still somewhat dangerous (for both players and enemies), the firearms: guns are so powerful that bullets do not even consider walls! Yes, a couple of time I was killed by a zombie guard that shot me while I was behind a wall (believing to be shielded by the concrete/steel or at least to be hidden from their visual!), and that's rather unfair (and also unexpected, but just for me, the zombies knew what they were doing)! It's true that you may take advantage of this, still it wasn't pretty!
Then there are also many little map errors, you can walk over some walls (like the second cell and the wall on the left of the table in the prison area, but there are even some walls that may be traversed, like the one in the fire section). It's probable that many of these imperfections are negligible will pass unnoticed, anyway I found 8-9 of them.

Ok, I admit that this is a pity, because I liked the concept (not too original, but still different from the usual fantasy games), the gameplay and the game also looks good. It uses the RPG Maker VX Ace - Futuristic Characters Pack, and it's simply perfect for creating a believable cyberpunk world. The facility is a bit labyrinthine and in some cases it's necessary to go through parts we already visited to unlock a particular door after obtaining a key, but I do not mind these choices, like I do not mind the map design, since it's a callback to the old arcade games of the '80s-'90s (Obliterator, Alien Breed, Chaos Engine, etc.) where maps were just arenas with collectible bonuses and weapons.

Music is also pretty good, the tunes are futuristic and tense, and are perfect for a shooter/adventure game in a cyberpunk setting (or grim & futuristic, it's clearly not one a lighthearted future!). 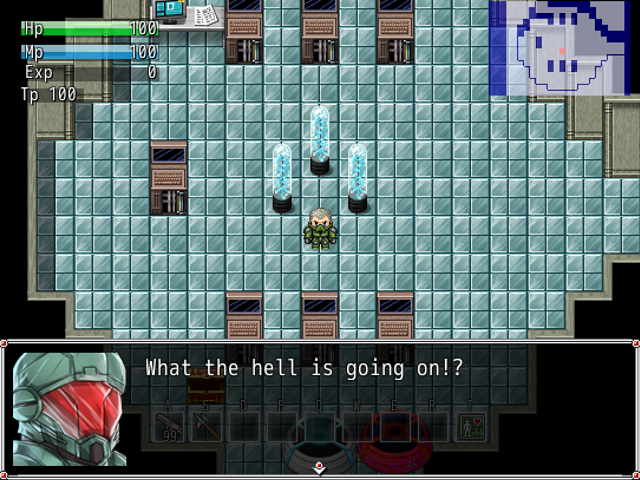 Good question! Pay attention to this room and when you enter SAVE immediately (the red & black save spot is on the lower part). Thank me later!


It's the Final Verdict
Project Dread has an interesting concept, nice graphics and an enjoyable gameplay that is sadly marred by some bugs and imprecisions that makes the game less fun to play. I did not mind too much the little flaws like the typos or the map errors anyway they add to each other, and others game breaking ones like the puzzle one were quite annoying.

If these were fixed it could easily be a 3.5/5 or even 4/5 game. But I cannot give more than an average rating, for a game that is everything but average!

Close
09/06/2021 05:17 AM
Thanks so much for reviewing this! I had no idea about that bug with the H-suit puzzle!!! Will work on this right away as well as some spelling issues.
Regarding the shoot through walls, it uses the falcao ABS pearl system, unfortunately it is built in the engine and there has not been a work around without breaking another part of the script/engine. Will get to work on fixing the bugs you mentioned . Thanks again!
TheRpgmakerAddict

author=fatalis
Thanks so much for reviewing this! I had no idea about that bug with the H-suit puzzle!!! Will work on this right away as well as some spelling issues.
Regarding the shoot through walls, it uses the falcao ABS pearl system, unfortunately it is built in the engine and there has not been a work around without breaking another part of the script/engine. Will get to work on fixing the bugs you mentioned . Thanks again!

Hey bugs aside it was pretty fun and challenging (until I got the armor and I immediately took the Regeneration ability).
Most typos were in the dialogues at the end of the prologue, but that was not too bad.
fatalis
357

Close
09/06/2021 03:54 PM
Thanks again for the feedback by chance did you play through all 3 endings?
TheRpgmakerAddict

author=fatalis
Thanks again for the feedback by chance did you play through all 3 endings?