Hello and welcome to the review of... *drum roll* RMN Holiday Calendar!
This is a game I (and I'm pretty sure not to be the only one) waited for almost an entire year, but now that I've it in my hands how is this?

Well first let's say that this is a Christmas game made by Frogge with and for the RMN community. We start creating our alter ego (that has a secondary role in the main story, and becomes the protagonist of the two post-game adventures), but after a very funny introduction we finally start a great adventure in which we play as Frogge. As usual I will not give out the details of the plot, but it's a legendary quest that even involves epic fights and time travel! 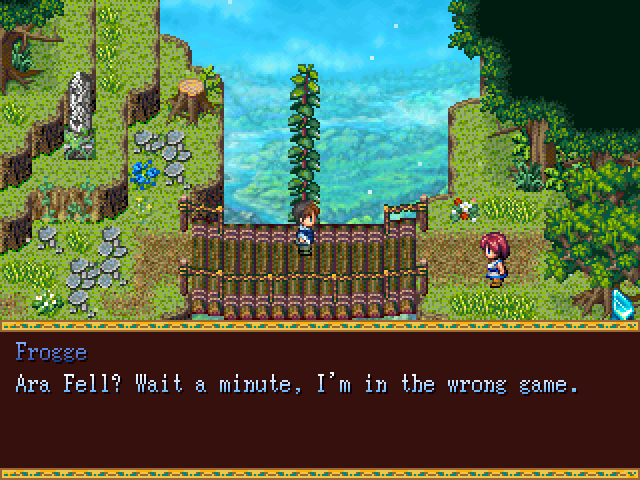 Well that's not the worst place that you will visit in this game. Trust me!

What you can expect is to visit the RMN town and meet all the RMNers of the present, and thanks to time travel also those of the past! Yes, because the game also includes a trip to the RMN town of the 2017 game, and I loved this addition, since I arrived a year later to the site, but I knew many of the developers of the time due to their games.
But travelling through time isn't always safe, so expect to find your way in a dark dimension that involves solving (increasingly difficult) puzzles to reach the exit and fight a furious bossfight that require some serious skill. Or you can skip one of these two sections or even both, since for me the puzzles were ok but the boss encounters were extremely difficult. Well, just git gud or skip them!

There is still a lot to do in this game, like chat with people and complete some short tasks that even involves a trip to the terrifying Toilet Dimension and one to Ara Fell (you don't know what is this? Shame on you!). There is a lot to discover (did I say hidden levers?), and the reward for completing Frogge's epic and crazy adventure is... not just one but TWO additional scenarios and the possibility to choose your avatar (and unlock some more). 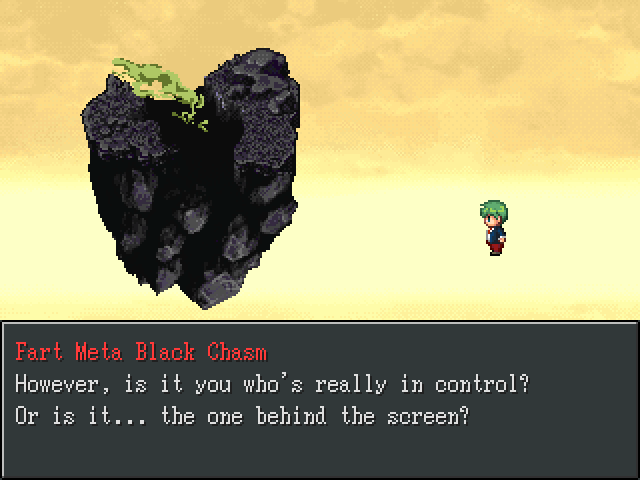 We have Kloe's Dungeon, that is a short escape game in which each room will offer a small puzzle or challenge (like a classical sliding puzzle and a part clearly inspired to one of the Indiana Jones' Last Crusade trials). And then a cool Discord adventure, for some more fun and exploration of the RMNers lives. Well more or less.

Now, the graphics: this is a game by Frogge, so expect a good use of the refmap/fsm/mack assets. Mapping is excellent, but I could not expect less, anyway there is also a good use of lightning and in the end what I saw surpassed my expectations. Music is a soundtrack of many famous classical Christmas songs, of course, and they fit perfectly the theme.

Ok, I admit I expected a simple community game like those by YDS (RMN Christmas card 2009 and RMN Midsummer Dreams 2010),games I really liked and I can compare due to a similar graphic style and funny/quirky presentation of the RMN world. Well this is bigger, better and more varied, still it keeps the community theme despite the variety of locations and things that happens. The added scenarios are also very well made and interesting but I only had a complaint, no two!
First: the boss encounters are extremely difficult, really... I mean they start manageable but later becomes increasingly harder, so good luck (or just skip them)! (Puzzles are instead all good).
Second, I expected some kind of event with Frogge of today meeting Frogge of the past, or that the final boss was really Frogge of the past, but no! 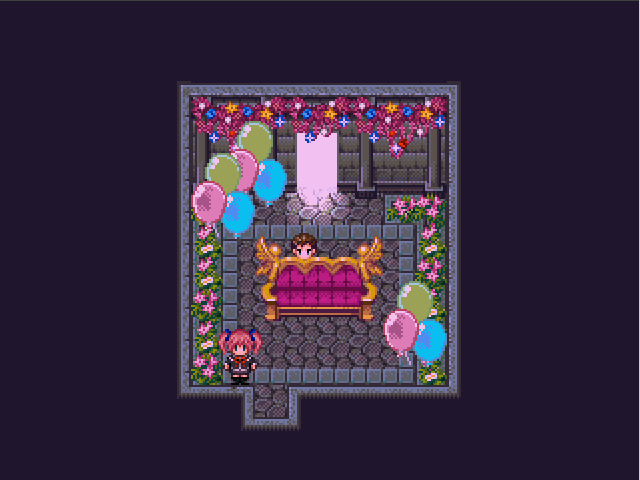 Final Verdict
I did not give 6/5 as I promised for a simple reason: there is a typo on my dialogue! No, really MY DIALOGUE AAAAAAAAAAAAA! Uhm
Ok... well I later realized that it was my mistake writing that lol (damn autocorrect)!
Nevermind. I feel ashamed (still I found at least another typo not made by me of course)
But there were also a couple of other issues: sci-fi avatars did not unlock despite I did *twice* the quest to unlock them. Finally I had a problem for the second boss encounter because the second time (after the first defeat) I saved before facing him and... he never attacked me, so I had to skip it!

Anyway this game shows the very essence of the community games but NOT just this! It includes adventure, puzzles, funny dialogues and even challenging boss encounters. More, a lot more than what I expected! Really I had a lot of fun.
This is a perfect christmas gift, and it really exceeded my expectations also due to some really emotional unexpected messages.
With pretty graphics, comedy and some really interesting parts, RMN Holiday Calendar is hands down the best community game I've ever seen and Frogge is truly YDS' heir (see next review!), so I give 5 Frogges out of 5!