Close
05/13/2012 03:33 PM
Well, Brickroad came in here with the mindset of wanting to dislike the game, due to his previous perceptions of SRB1 and 2, so I am not surprised. I mean, he stated before that he dislikes gimmicky levels, and then when he plays a standard Mario level, he dislikes that too? I think he just doesn't want to like SRB at this point, so I am not even sure why he bothered.
halibabica

from kentona
I am not even sure why he bothered.


'Cuz I mentioned it to him. I probably should've seen this coming, though. I can only do so much without moving the series in a completely different direction.
kentona

author=GreatRedSpirit
We need a screen from every level! Set a new bar for game profiles if they want to be #1 in screen count!

Even if we DO have a screen from each level, we won't be #1.

Close
05/13/2012 04:17 PM
Pretty much, Kentona. Certain other users could make the same levels and he would call them masterpieces.
halibabica

from kentona
Even if we DO have a screen from each level, we won't be #1.

EDIT: Done with images. The only levels that don't have a screenshot up now are sEcReT. 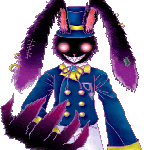 author=kentona
Well, Brickroad came in here with the mindset of wanting to dislike the game, due to his previous perceptions of SRB1 and 2, so I am not surprised. I mean, he stated before that he dislikes gimmicky levels, and then when he plays a standard Mario level, he dislikes that too? I think he just doesn't want to like SRB at this point, so I am not even sure why he bothered.

I agree with you on that. Besides, I find it unprofessional to pass judgement on a game based on the first set of levels.

Once I get time, I'll have some fun playing this bad boy. The screenshots look quite promising.

author=DarklordKeinor
I agree with you on that. Besides, I find it unprofessional to pass judgement on a game based on the first set of levels.


If only he had played some of my levels, he'd be weeping and calling this the most beautiful game ever made.
halibabica

Close
05/13/2012 07:51 PM
Yeah, I agree.
If he would have played mhy levels he would be at his knees too.
But he'd be begging for mercy... Because I know, That my levels are just godlike
No actually their average or above, but by far NOT the best.
hedge1

Close
05/13/2012 08:26 PM
In the tutorial level where you play as Link and get the fairy double jump power up, you can hit yourself with a bomb making it impossible to progress. Just making the power ups respawn fixes this. It's not game breaking, though, since you can still kill yourself and start over.

EDIT: OK, I lied, it is game breaking. I'm stuck as Link now and when I respawn I can't grab the spring board to complete the tutorial level.
halibabica

Close
05/13/2012 08:36 PM
Oh, you mean you died as Link? Well, it's not completely game-breaking. You can enter world 1 and change back into Mario there. I do need to add in a few more character blocks, though. Good catch! 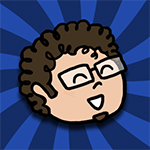 They're all quite impressive, but I'm getting pretty pissed off by the Minecraft level. It's difficult to tell what's foreground and what's background. I've been killed multiple times because I was unable to dodge enemies and bullets because of ceiling blocks that look like background. Having Ninji that jump all the way to the ceiling, where that will damage someone standing on top of one, is pretty uncool too.
Decky

Close
05/13/2012 11:35 PM
Another bug report:
In the level "Partners in Prime" if you get the mushroom at the beginning when you're small, the delay causes the shadow guy to miss his jump on the elevator, trapping him forever below and preventing you from completing the level. This time delay may impact other parts of the level for the other mushrooms you collect, but I'm not entirely certain.

EDIT: And I clearly suck at Super Mario Bros, but even so, I managed to get the end-level star in Picky Picky and my momentum threw me off the mountain to my death.
Decky

STOP THE CLOCK by FAENON
Overall: 1.75/5
+ I like the concept.
+ The timing between the clocks is pretty good.
- Environment is bland.
- The gimmick isn't used very well.

SUPER MAIRO BORS by KENTONA
Overall: 4.5/5
+ A well-designed tribute to the first Mario game.
+ Lots of nice little mini-secrets, like the 1-up near the blocks.
- A little too long.
- The coin box in the first underground segment is a little...underwhelming.

WOODEN WORLD by JACKALOTRUN
Overall: 2.5/5
+ I like the movable platforms and slopes.
+ The level is well paced.
- Secrets seem to be minimal.
- There are very few decorations and some of the tile/enemy choices clash.

GREAT GRASSLANDS by TOMSTAR
Overall: 1.5/5
+ Yay, a suit level. Unfortunately, it's too easy to get.
+ I like the shape of the terrain.
- The level is far too short.
- The suit is too easy to get, and the underground segment is too short.

AWESOME HILLS by LDIDA1
Overall: 2.25/5
+ I like the number of enemies and bullet bills; keeps me on my toes.
+ The shape of the level is nice, even if some of the slopes put me in harms way (arguably a bad design issue).
- It's a bit too short.
- The water segment is completely uninspired.

SHELL GAME by NIN8HALOS
Overall: 3.25/5
+ Technically speaking, the gimmick was implemented fairly well.
+ I liked the use of the orange pipes to save time.
- I don't like this kind of level; it's against my playstyle. And I felt the level went on for too long - especially when you factor in the second star. Additional pipes or shell generators would've been nice.
- The second star was a little tricky to find; I understand what you were trying to do with the blue ! blocks, but it made me think it was over there...

PICKY PICKY by HALIBABICA
Overall: 4/5
+ I liked the amount of buried stuff, and the use of the potion door.
+ The NPCs were a particularly nice touch.
- The level itself felt perhaps a bit "too" focused.
- Some additional variation in the buried items would've been nice.

MARIO IN THE MINES! by SEIROMEM
Overall: 3/5
+ The imported tiles were nice and different.
+ The level was quite challenging because the rooms were small.
- Enemy placement was awkward - especially the first two of those bird enemies. Very easy to die right away.
- The level is too short!

PARTNERS IN PRIME by SEIROMEM
Overall: 0.5/5
+ An...interesting concept, in theory.
+ I always like Red Brinstar Music...
- Unplayable! The stalker dude can never make it.
- Even if he was able to make that jump after the platform (or jump up the other way), in practice the mechanic is very tedious.

SUPER MAIRO BORS 2 by KENTONA
Overall: 4.25/5
+ Pretty faithful and enjoyable recreation of SMB2.
+ Lots of secrets...a bit tough and tedious but not to the point of frustration.
- Too many dead-end pots; maybe it would've been better to limit the accessible ones? Or perhaps placing a key in one of them?
- It felt like the rewards for the pots were lacking.

VIVID VOID by JACKALOTRUN
Overall: 1.75/5
+ Music's pretty interesting.
+ The boss surprised me!
- The level is a little bland and baffling, especially with regards to the water.
- It's too short and there's not even a wrapping effect :(

Close
05/14/2012 02:05 AM
BOWSER'S LAVA CASTLE by DARKLORDKEINOR
Overall: 3.5/5
+ Nice and challenging.
+ Epic boss aside from one design choice.
- Please use regular bombs instead of those annoying bomb-oms; they're hard to pick up and to control. Also, there are too many flying enemies for such a confined area; they tend to get too unpredictable.
- I think the checkpoint should be later; the fact that Mario often kicks the bomb-ombs when he should be picking them up really inflates that boss' difficulty.

Just a heads up: I got stuck before the clown car in the tutorial for some reason.

GREEN SUEDE SHOES by SOLITAYRE
Overall: 4/5
+ The gimmick was used well!
+ The level's pacing is right on the money: not too short, not too long, checkpoint where it needs to be.
- I would say it's a little under-decorated, actually!
- Some of the suspended platforms are a bit tough to reach but seem to be lacking goodies.

RMN SUPER BEACH LEVEL! by MARIOMANTY2
Overall: 1.75/5
+ The level is well decorated - not overdone but still pretty.
+ I like the amount of jumping...
- The level is far too short!
- Too many powerups and coin boxes, I'm afraid!

RUINS OF MUDA by NIN8HALOS
Overall: 4.75/5
+ My favorite level so far! The water, music, sand, pillars, falling blocks, etc come together to make a fantastic ruins. It's peaceful and exploration-based without being a total walk in the park
+ There are lots of nooks and crannies!
- Some of the hallways might be a little underdecorated/underpopulated.
- The level is pretty big, but it's easy and engaging enough to where it's not a big problem.

author=nin8halos
If only he had played some of my levels, he'd be weeping and calling this the most beautiful game ever made.

That so? Well now I definitely hope he tries those out. :P
TheNecromancer

whatever by tomstar - i doubt the claim that there is brothers, i think its the same person(haha)