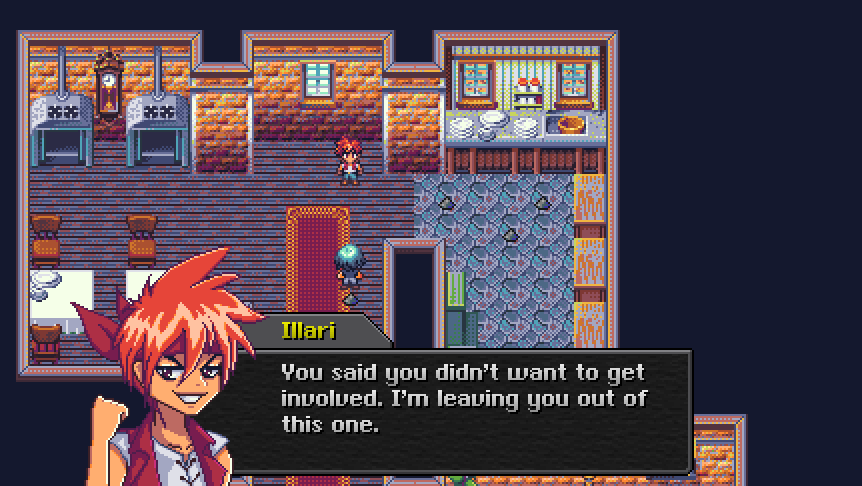 Close
06/18/2021 07:00 AM
DHM, looks good my man. I have a couple projects that are just concept tests in game maker and one of my biggest irritations is how I have to make maps (rooms, I think game maker calls them) it feels very slow compared to 2k3 engine mapping. I've had an idea, I have a little program in my 2k3 game folder that you open up, type the name of an existing map in 2k3 game folder and the program saves a bmp picture file of the map in pixel perfect hight & width. I wonder if you could import that picture into GM and use it for your rooms and then just place tree (or whatever) objects where ever you wanted them (Of course also deal with all the passability issues as well). Maybe that could work? I'm curious how do you handle mapping productively in GM?
dragonheartman

Second, I actually have an ImageMagick script that converts the autotiles from RM's chipset format to gamemaker's 47-slice format. (It's a little picky but happy to share that with ya.)

You can also create brushes for trees etc.

The main advantage of tiles is that you can render a specific section of a map (whatever is in view) pretty efficiently. With large images as maps you'd have to start to think about rendering sections of the image, and loading it all into memory.
Pages: 1