Unfinished, unpolished and not even tested "Completed" game 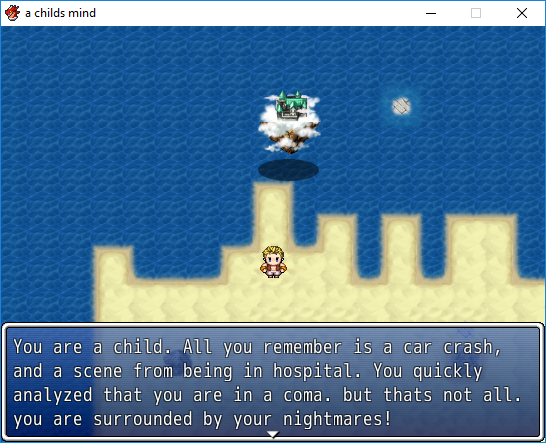 Oh... But my character looks older than me!

So... Your main character Adal is in a coma and surrounded by HIS nightmares? Oh my! That's horrible! To be honest, story... What story? You are on a journey to uh... That's messed up, you somehow go into a random town and get guided by an overpowered character to visit the King.
Your king just commands you to go to that specific location because I say so! Suddenly on the way, you fight with archangel, demons and vampires... again for no reason. Even if that's a nightmare it makes no sense. 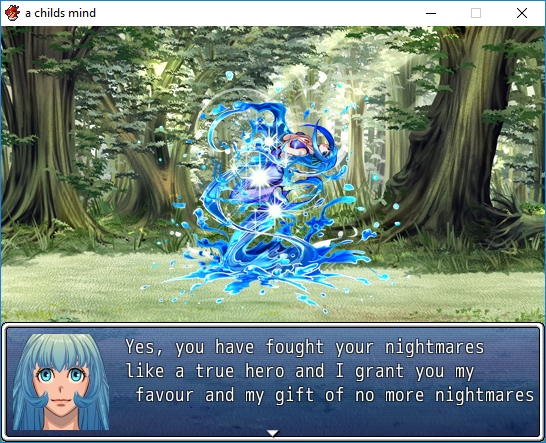 THIS GAME IS A NIGHTMARE!

When you get a point where it's supposed to be the last map. You get into a fight with a girl in your dreams. She gives you two options, one is "game over" and the other one is supposed to teleport you to Sky City, which YOU CAN'T TELEPORT IN BATTLE. It does nothing.
So I again fixed that issue and got teleported to there... And the last map is the loop point for the first map, so it returns you to the start...
Wow, at least give me a cutscene for my efforts :(

It's a standard RPG Maker VX ACE battle. But how can you even mess that up? Your main character got one skill, that skill is not even working! So you had to use auto attack through the entire game. It's super unbalanced and your first slime encounter is even harder than the last boss. Yup, not just the last boss. All bosses are weaker than a slime. What a waste.

This game's developer not even tried when creating the maps. First few maps are 17x15 scaled empty maps with only one dialogue in it. After then you go into premade RPG Maker Ace maps, there are even worse than the developer's maps. I mean have you ever walked a map like that one: 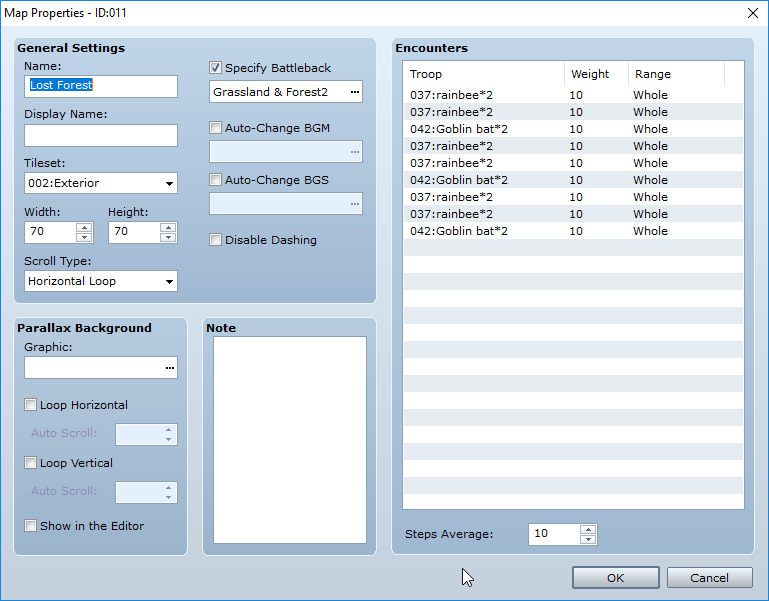 Now, this is evil, every step you get into an encounter, you'll get so frustrated but the maps keep coming and coming and all of them are the same, 10 step encounters with huge premade maps! OH NO!

Also, some maps are literally hilarious for the first-timers.
Can you guess where is the exit? 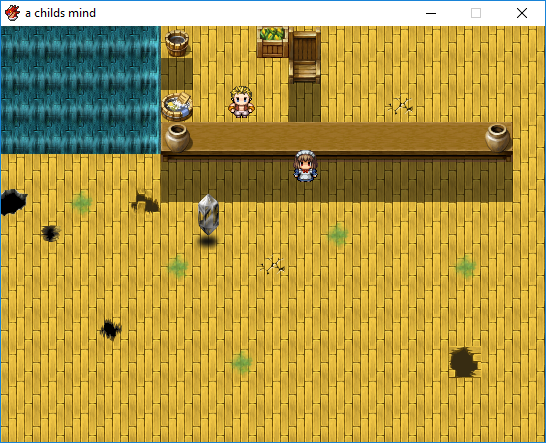 IT'S ON THE BOTTOM LEFT! CONGRATS! NOW YOU CAN EXIT THE GAME!

I believe I'm the unlucky one, I decided to download the last version and believed that this is probably a polished version. Nope! When you boot the game you'll be stuck in the entrance and can't even move. So, I got curious and check out the events... Oh no! All those maps have the same issue (How?). And I gotta get rid of them. Otherwise, it's impossible to play this game without deleting those stupid autorun events. 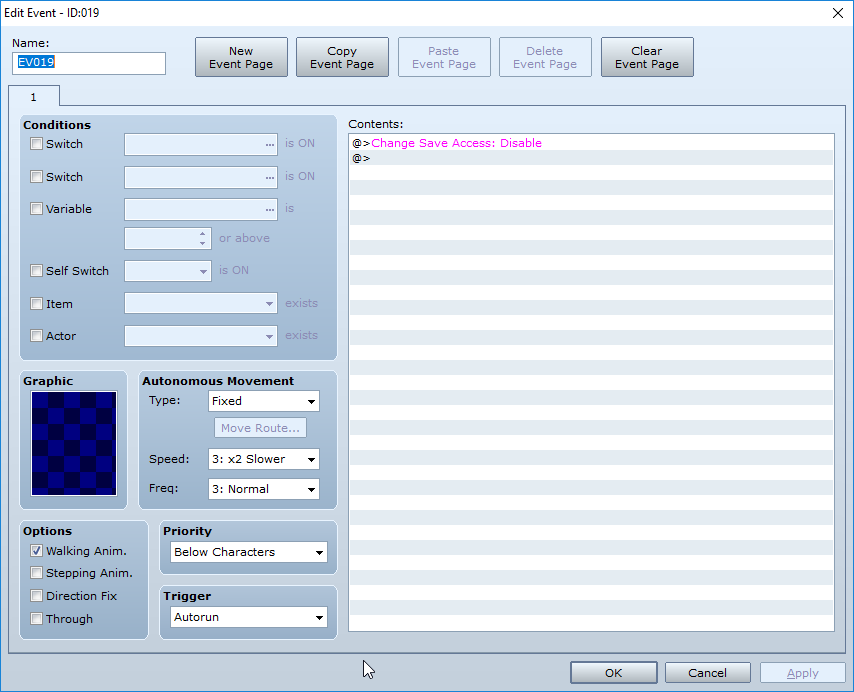 Because of Change Save Access events, you can't even use "Save Crystals". What a nice feature! Eventing is done pretty lazily and it's not even funny.

A child's mind is an untested game with so many issues. The combat, lazy mapping, broken events, weird dialogues, non-sense story it's a mess. Unless the developer comes back and fixes the game stay away from it. It's nowhere complete as the game page says. I wish I could give it lower than 0.5 stars. 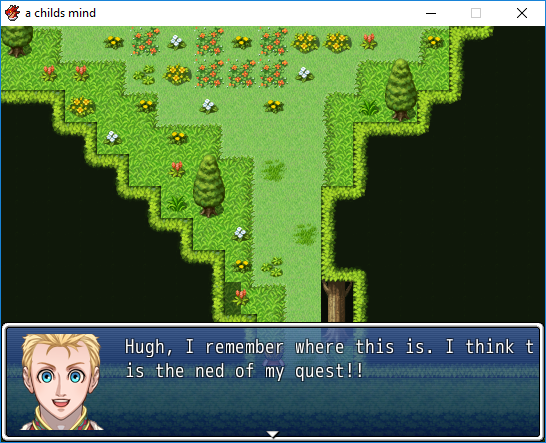 FINALLY, I'M FREE FROM THIS TORTURE!