0 reviews
The story is still in progress as we are revamping the project completely overhauling previous work to provide a higher quality and better experience in the long run and so as of now I will provide as much as possible. The game will take place in the year 1994, one year before the events of Clock Tower: The First Fear. This game will feature many things from each Clock Tower game. There will be a system in place for running from entities and hiding to lose them as in all of the games and we will put focus into the Clock Tower 3 features as you will play a Rooder though not from the Hamilton family. The game in basic will be similar to Clock Tower 3 though as I said it will feature things from all of them. New entities are in production to liven up the game and you may also see those from other games if we can fit them into our story. For now that is all I can provide, but thanks to those of you who subscribed and stuck with it through the year of hiatus. I will be posting more screenshots and information as they/it become avaliable!

Credits
Many Credits are required I will post them at a later time since there are so many. 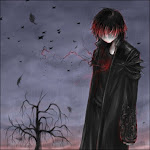 Close
09/26/2013 12:25 AM
Sorry guys the game has been undergoing lots of changes and I am also in college now so I am currently putting time in when I can but no there are currently no demos due to my not be able to work on the project but I am going to start up on it again.