This was a neat little game.

Story: I'm not actually sure what the story is, but it seems that the main character has lost his wife, or someone he loves, and I'm not entirely sure how. The only line that indicates this the fact that she never cleaned, past tense, the toilet. What follows is a chase through a surreal world called the White Zone. 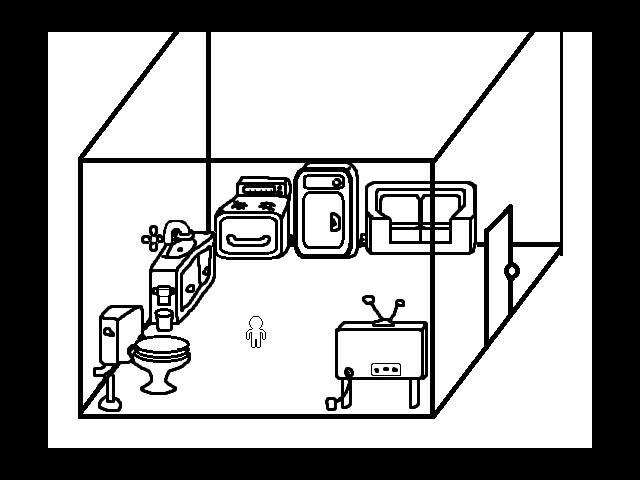 These days, writers everywhere are creating these two dimensional characters...


Writing: Aside from lines of text necessary to understand setting and what you need to do, this mostly doesn't apply.

Gameplay: This is a fun little game. It was a Ludum Dare 2015 entry so length is not a factor in this game. It's a fairly simple puzzle game with horror elements. The puzzles aren't difficult, and revolve around mazes, jumping paths, and treadmill paths. After going through an initial series of puzzles, you're expected to navigate these path type puzzles to evade a monster that's chasing you. Go the wrong path, and you'll find yourself caught with a jump scare. Unfortunately, it's the kind of thing that only works the first time. Once you fail the puzzle and get caught the first time, you get that good jump scare and then every subsequent time is just a tedious chore as you keep getting caught over and over again until you find the right path. Frankly, I thought maybe the puzzle should have fewer paths if for no other reason it was really only interesting up to the first failure and after that was only an effort to find the right path, and never getting it right. I mean, there are dozens of paths. I think that's the entirety of game. I couldn't finish this, and on several of the paths, you can see that there are monsters on every path because you can see the two paths to the immediate sides of the one you take and there are clearly monsters on each one. You just have to find the right path. I wasn't going to sit here and do the same puzzle two or three dozen times. I mean, there are a ton of possible paths to take, and with the dozen I took, I saw that every one around was inhabited by monsters. That's no fun and this is really a failure of this particular puzzle. It's no fun, and while it starts out frustrating, when you realize you're going to have to do it over and over again to find the right path, it just gets boring. If you could turn around and go the other direction, that might be a bit more doable with a puzzle with this many alternate paths, but the monster is far too fast. 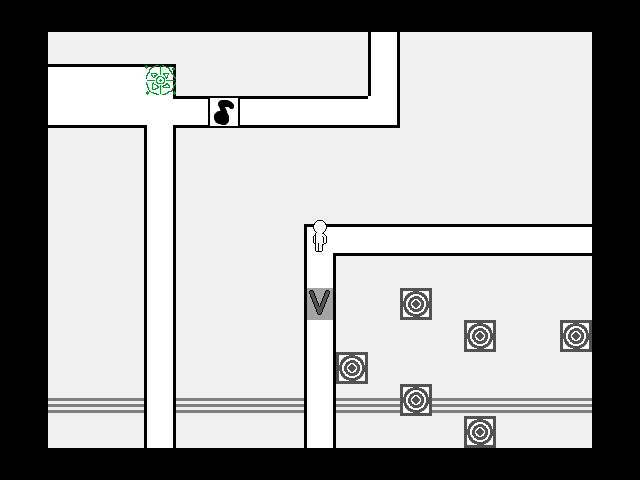 Ever feel like you're stuck in a rut, unable to get off the road you're on? I totally relate to this guy.


Graphics: Simple, two dimensional line art. It all appears to be custom and it's a very nice little aesthetic. I like the style and it's a neat looking game. 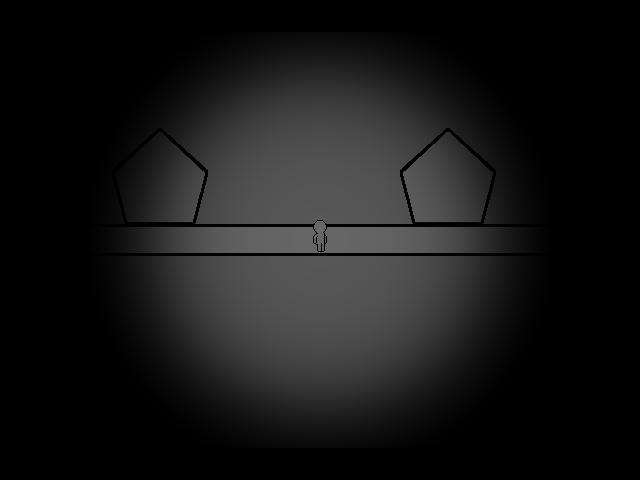 Ever since the motel closed down, Norman Bates has been stuck peeping on video game protagonists...


Sound: Like the graphics, the music is minimalist, usually consisting of only one or two instruments with very simple lines of melody and harmony. It helps to set the atmosphere. The sounds that the monster makes are very well selected and quite conducive to a jump scare. Even though the first jump scare was the only really effective one, the sound that the monster makes was quite jarring each time.

Conclusion: A good little game for what it is, but a single playthrough is probably enough. Good if you're bored. It's short and simple. That monster chase though...I doubt you'll get past it.