2 reviews
Save to Dropbox
Mirror Boy is a game about a boy with a mirror, sent on a quest he doesn't really want to be a part of.

Dodge, block, reflect, and push your way through the crystalline caverns to defeat the witch. With nothing but your mirror to protect you, your success depends on quick reflexes and a bit of cleverness. Featuring fast-paced action and music by RoccoW, Mirror Boy is a game that will make you wonder if swords were ever really that cool in the first place.

Mirror Boy doesn't pull any punches, it packs an immense amount of action into a playthrough of 20-30 minutes! It was made in about ~36 hours for Indie Game Maker Contest 2014. I hope you like it!


(Note: The main download is for 32-bit Windows. If you have 64-bit Windows, make sure to grab the 64-bit version from the downloads page!)

WASD to move
Mouse to block

If you want to see what Mirror Boy plays like before downloading, I made a couple really quick Vines, just click the links below :)

Seriously - while I liked "...Resume" there was a certain degree of randomness (kind of like job application life, lol) in play...on the other hand there's nothing but pure skill, logical thinking and timing here. The puzzles were well thought out, the graphics charming and above all it was super fun to play. It got to the point where instead of getting infuriated by hitting a spike or getting hit by a straight fireball, I just laughed at my own stupidity and carried on.

The one problem I had was to do with the mirror not deflecting fireballs the way I think it should have at certain angles, e.g. 45 degrees, where the fireballs killed/knocked me out instead.

But yeah, apart from that possible bug, really hard to fault Mirror Boy. Everyone needs to stop what they're doing and play this. Serious contender for the non-RPG category, I reckon.
slash

Projectiles *should* deflect towards your cursor, which admittedly can feel a little weird since it doesn't exactly match the angle of the mirror itself. It was a decision I wasn't sure about and would probably require more testing... But I definitely just made a choice and stuck with it due to lack of time ;^.^
Yellow Magic

Close
07/01/2014 05:00 PM
Oh, shit, towards the cursor, really? LOL, I completely missed that for some reason. That would explain a lot, as when I braced for tight turns I kept the cursor really close to the mirror. I guess that would explain what happened - I kept knocking myself out. :<
NeverSilent

Close
07/03/2014 08:20 PM
I just played this game and I found it to be a lot of fun. The mechanic is a great idea, the levels are challenging but not frustrating and the music fits very well (Solar Platypus, ahoy). The only "complaints" I have are that the end comes a bit abruptly, and that the game is way too short. The concept has so much more potential, and it would make me very happy should you decide to expand it with some additional levels.
Overall, a very enjoyable experience. Play this, people!
Housekeeping

Close
07/03/2014 11:57 PM
I've been giving pretty detailed feedback to other contest entries, but I think this game is simplistic enough that I just don't HAVE that much feedback. The puzzles were well-executed and the mechanic worked, but, yeah, it's pretty short. I think that the mechanic that you've demonstrated here is probably not enough to flesh out into a game of substantial length, but I could seriously see the mirror function in a game that has multiple different tools that you can swap between, i.e. a more puzzle-focused Zelda-esque game. The puzzles veered towards easy, so I think you could probably get some more out of this mechanic. The story seemed tacked on, so I would consider just removing it or polishing it into something more. Short puzzle games like this can be all gameplay as far as I'm concerned.

Oh, and there was a graphical glitch that broke the area up into a grid, but my computer might just be weird with Unity games (In Arcem Miseria had some issues, too). I also found it kind of difficult to click on the appropriate menu option at the title screen.
slash

Close
07/05/2014 10:16 PM
@NeverSilent: I'm glad you liked it! The ending and story was definitely rushed; it was made during the very final hours before submission.

@Housekeeping: Thanks for the feedback! I don't know if I would make this into a very full-sized game, but I have a lot of ideas in mind that might add to the experience.

I really appreciate the comments and suggestions; please, if you have any constructive criticism, don't hold back! I have some avenues I might explore to make fill out the game and make it a more solid experience (as well as test your mettle even further) and since people seem to like it, I'll probably do just that :)

And yep, had the same graphic glitch. It's subtle and only for a short period of time, so it isn't really destracting you.
I really liked the big enemie being there. It would be interesting to have to shove something around that you cannot kill (perhaps only with lava) while avoiding projectiles. It's quite fun doing it like that.
Stoic

EDIT: Alright I think I've played enough to get the gist. Here's some feedback:

-Lots of artifacts around the sprites/tiles in the game. It's pretty noticeable on the mirror right way.
-I'd remove those grids if possible. They look funky.
-My biggest problem with the game right now is the hit detection seems off on a lot of things. When I move towards a ball it sometimes hits me even though I deflected it. This happens A LOT. Also many times I thought I was outside the hit detection of the spike traps but I would still get hit. I think this is the biggest problem with the game right now.

In general though I liked the game. The levels I played were clever and deflecting the ball into enemies and crystals blocking your way was fun. I was just getting too frustrated with getting hit by things I felt shouldn't have hit me.
Zacharie_ 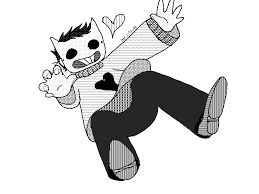 ArtBane - if you don't mind, what OS are you running, and what's your monitor resolution? I've seen the grid bug before, but it seems to only happen on certain setups, and I haven't figured out which ones. Thanks!

The hit detection is definitely a little wonkier than I'd like it to be.
Stoic

author=ArtBane
Running windows 7 /w a monitor resolution of 1920x1080 although I was running the game at 1280x800. I had selected Windowed but it full screened. Also I was running the 64bit version if that matters.

Awesome, thank you! This is code I use pretty often, so the info helps a lot! I'm pretty sure it's related to fullscreen / non-matching aspect ratios / stretching... I'll try and fix it soon :P
Roden

Close
08/02/2014 12:41 PM
Don't know why, but the game has locked up on me twice now, around the same point as well. I have no real explanation for it, everything is running fine and then it just stops working.

When it stops responding the music keeps playing. I'm running it on a brand new computer (self built, top of the line etc.) with Windows 7 Pro, 64-Bit, and in 1920x1080 resolution. That's about all the information I can give.
slash

Close
09/18/2014 07:57 PM
This was short, but fun. Would be good with more variety, but I really like the idea of having a mirror instead of a weapon. If you make it longer, having to reflect attacks from some enemies to beat other enemies instead of just themselves would be awesome.
slash

Yea, I had plans to expand on it (and clean up some bugs), but for now I've moved on to the next project. I had a whole bunch of ideas for this that I just didn't have time to implement - stuff like Medusa Head-esque baddies and Beamos-esque turrets you would use to defeat other baddies...