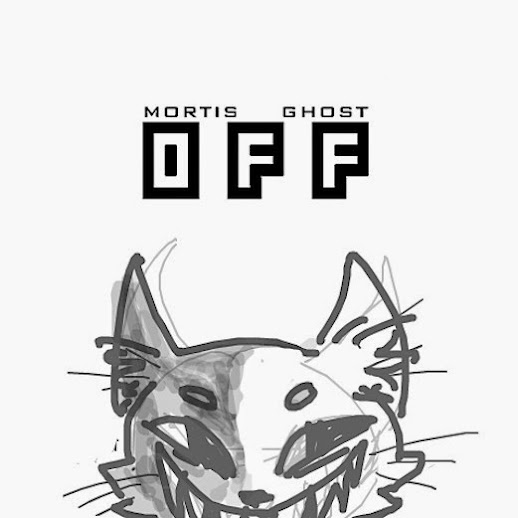 OFF by Mortis Ghost, is a traditional RPG that offers an engrossing experience through a locale of strange cubical environments populated with a myriad of odd individuals and a harrowing, underlying tale beneath each. It's a game that may appear pretentious and surreal for the sake of being surreal at first. The latter may still hold true, but there is enough meatiness in the plot that you are able to savor a form of an interesting story, yet, in the end you may not be completely sure if this story truly ties into the world itself. Regardless of how you take it, there is no doubt that a lot of creative energy was invested into this game.

The aesthetics of Off are made known very quickly in the form of cubical zones that sport differing color schemes. It is not incredibly detailed and might even seem a bit too empty in a lot of areas, but it is actually a compliment to the strange, alien world we are thrown into. Most of the characters you can interact with seem almost as empty as the environments they live in. While it isn't shown directly, there appears to be a semblance of a working society in this game. Different utopias are responsible for different tasks, and the very elements made known in the world SOUND familiar, but are utilized and created in a different fashion. Off's locales oftentimes appear as empty as their inhabitants.

While the simplistic aesthetic of the zones themselves might not tickle everyone's fancy, the game has plentiful works of pencil art that act as the graphical design of the monsters as well as certain "picture" graphics that are shown throughout some areas in the game. These artworks have a stylistic flair to them that help them stand out, and the sheer idea behind some of the designs just further compliments them. It is a very remarkable mesh of creative ideas, and is easily one of Off's strengths.

There isn't much of a beef that I have with the sounds and music used in Off. Aside from the fact that there is a prevalent usage of RTP sound effects, I didn't find them too distracting. The game has its fair share of custom sounds which applaud the overall weirdness of the game's style, and I couldn't have possibly asked for anything more. Some characters you interact with have their own little sound effects that play right as they prepare to speak, which is a nice touch and adds some personality. Unique characters have their own sound effect accompanying dialogue.


The music of Off ranges from very unorthodox to damn near perfect. It is a coagulation of strange tunes that, when used collectively, fit into the game excellently. I cannot see people enjoying a lot of Off's music outside of context save for a few, but Alias Conrad Coldwood did a fantastic job piecing everything together to exalt and enhance the experience.

While I can sing praise all day and night for the creative energy put into this game's aesthetics, world, and lore, the only verdict I can have for the gameplay is that it is somewhat decent. In the aspect of difficulty, Off is actually well-balanced and never too difficult, save for a couple optional dungeon areas. The real issue lies in the fact that nothing really new is done with the default battle system. There are a couple instances where the game breaks from traditional rules and surprises the player, and I thought that these moments were very joyful and a breath of fresh air. There unfortunately isn't enough of it to keep me from calling the gameplay of Off repetitive. Most of Off's conflicts can be solved through Auto-battling.


Thankfully there are other instances where the game varies its gameplay outside of battles. There are plenty of interesting and thoughtful puzzles thrown into the various dungeons and there are even a few mini-game scenarios that help with adding some spice to the gameplay. These moments are few and far between, however, and don't last very long. You'll run into some of the same puzzles you've seen before here and there, and it is worth mentioning that some puzzle areas are populated with random encounters, which did not sit too well with me.

Off has a handful of extras that are worth looking into as you carry on with your quest to purify the world. Most of these extra scenarios will reward you and even give you some more information behind the unsettling world.

It is imperative that I must mention that Off is very polished and I've almost never encountered a glitch or error in the game's programming in the slightest. It was a very smooth-sailing experience, and that is definitely something that I can compliment it for.

I would assume that this aspect of the game is probably what most consider to be its strongest point. I'm almost positive that Off's fame has risen from its creative style, mind-bending, theory-driven semblance of a story, and quirky characters. This is not at all surprising, for Mortis Ghost has crafted something that I can say gripped me the more I played through Batter's journey. It is a very unique and interesting premise. Its spawning of cosplayers prove just how much of an impact it has had on the community. In the end, I would hope that this aspect (aside from the music) is the only real thing that people find to be the shining star of this project. The gameplay leaves much to be desired still, but I almost don't believe that the creator would have made this his main focus. It seems to almost all be packed into the story and art itself, which really shows.

I don't have all the ideas and theories on what exactly is happening in the game, but it's without a doubt that there is some underlying meaning behind all the events happening in the story. Without going too far into it where I would be spoiling, I can say that the game will leave you scratching your head while balancing the many different possibilities and symbols given to you until the strange finale. The game is paced very well, and thanks to the balanced difficulty both in battles and puzzles, I didn't find myself ruining the pace very often at all.

Off has, of course, an english translation, and it is near perfect. No spelling errors and mostly great grammar go a long way, especially for a translation, and whoever did it should be proud of themselves.

Favorite spelling errors: The ones that don't exist. A large variety of remarkable characters fit well into the story in their own ways.


Overall, this game carries an experience that you do not want to miss. Not everyone will be able to decode it, but surely everyone can find something that they like in it. Its style is immensely entertaining, its strengths lying within the creative designs and bewildering story. Remember that this is a very surreal world, and our realities cannot be translated into it for the most part. It is recommended that you prepare for this before playing, and relax your mind before taking on the wild ride that Mortis Ghost has laid out for you.


To watch a complete playthrough I've made of this game, turn your attention to the video below.

I think the ending was strong but my feeling is that many of the middling areas were closer to being filler/weirdness for the sake of weirdness.
Fidchell

author=Gibmaker
Grand to see you completed this playthrough! Great review

I think the ending was strong but my feeling is that many of the middling areas were closer to being filler/weirdness for the sake of weirdness.

You may be partially right. I think it was good to have those sections so that we can observe more of the world, its laws, and where all the more prevalent characters fit into the picture.
Pages: 1