1 reviews
Space is no stranger to war, even with the United Universe Project doing everything within their power to bring space together under one flag. News of marriage to form an alliance between two long standing enemy species delights trillions across the stars. When one key piece of that marriage goes missing and turns up on Earth, yelling loudly about world domination, it seems all hope for peace is lost.

It’s your first day aboard the Gemstar Battleship after graduating from the prestigious Star Dance Academy. Your mission: Escort the runaway alien back home.

Of course, that won’t be easy when you’re travelling through enemy territory, defending yourself from giant space snakes, and just plain trying to get to know your fellow crewmates.

Unlock conspiracies, tiptoe past death, prevent a war, and maybe find love amid the sea of stars we call Space.

Features nine character routes with multiple ending variations each and fully custom art. Please note that some interface elements and backgrounds featured in the images section are WIP. 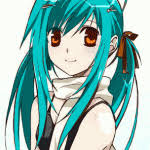 author=nhubi
This looks like fun, a couple of tiny spelling errors in your description though.

Thanks for pointing out the typo. I changed the one, but I actually think it reads better just as 'news of marriage' and not 'a marriage?' I don't know why, to me it just rolls off the tongue better for the purposefully flowery/dramatic/poetic feel I wanted that summary to have. I debated with myself for a while on that one when I first wrote it too.
Patasaurus98

author=Ebeth
Just played the demo and it was a lot of fun- All the character designs are fantastic as well!

Yeah, I also just finished, and I must echo this sentiment! This is very well done, and all the characters are very interesting ^_^ Looking forward to the finished game!

I also noticed a small typo. I'll leave it under a tag here: Thank you both for playing :> I'm really happy it was enjoyable. It's been a lot of fun creating this world and the characters so far.
Ilan14

So, congratulations! Now I'm suscribed, and hoping for the full version to be even better! :D

P.S. : It looks like Geodot and Emi have a full set of potraits but the other characters not. It's because they're incomplete?

P.S.S. : So, Tea is a Tsundecling, huh? That prefix looks really familiar, but I can't place where I heard it before... :P
Racheal

The other characters will have emotions in the finished version as well. It takes a fair bit of time to draw/code/pick the different emotions (fun fact: it took us nearly four hours to pick the emotions for just those two characters), so it is something we didn't get a chance to do. As it is, Geode and Emi's emotions will probably be expanding as we found we didn't quite have the required range for them.

And yes, guilty as charged on that one. An entire race like that is a bit frightening...

I did my best to give the game another proofread, fixed a bunch of typos and a few bugs, and updated the demo. I probably won't be updating it again until the finished game unless something major comes up.
Max McGee

Close
11/10/2014 01:57 AM
Hey so, I'm trying this and there seems to be no sound, even when I went into preferences, checked the music and sound levels, and clicked test. Any idea why that might be?
Racheal

Close
11/10/2014 02:07 AM
I suppose we forgot to mention it in the profile, but that would be because there is currently no sound implemented. We just didn't have time for the purposes of this demo. Same with the sketchy backgrounds and lack of emotions for all but two characters.
Max McGee