Ollimio is nearing it's first year in production, and a lot of time was spent taking advantage of the limitations rpgm2k3 has set. I'm not much for writing out lengthy scripts, but as I strive to make the game not only look pretty and having an engaging storyline, a good chunk of that year has been spent on setting up simple but effective game mechanics that try to be unique and reputable as far as old rpgmaker standards go. 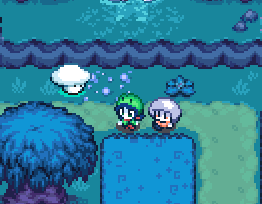 In this small pocket of land shadowed by "towering" trees, we can see Olli and Gwyn tagging alongside eachother. Caterpillar systems are common, but an addition to other things Ive put on overhead maps to make them more animated. Another one of those additions will be mapped enemies that will being you to their battle screen if you collide with them. Some of them being passive, while others will actively seek you out; but none of them will move until you do, adding a sort of puzzle element if you're wanting to avoid confrontation. But the battles arent that bad, honest!! 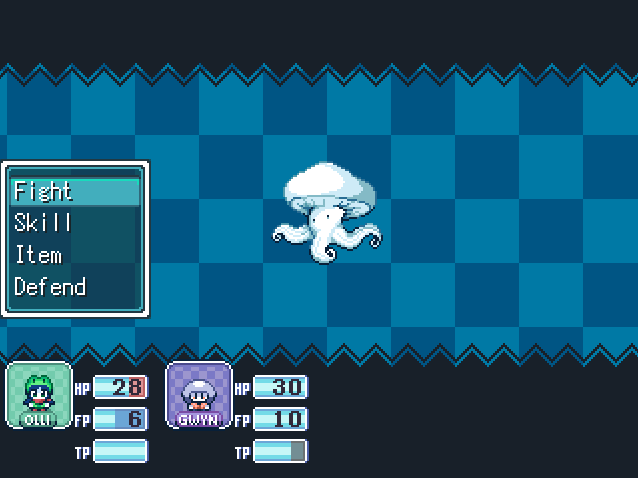 Through the benefit of DynRpg and Hp2, battle screens have been cleaned up and altered away from 2003's default (and kinda horrid) ATB battle system toward a more managable and less infuriating wait system; I also removed the auto-battle and near-unusable "run" option (which is already a given option among each party member, so why was it even there to begin with???). Enemies WILL NOT attack until you've selected your course of action, and depending on the enemies speed compared to each party member, may sneak in 1 or even more actions before your party member's TP has filled. Defensive strategies and stat-altering among your team will play a very large role in each fight!

As far as the game is currently and what I have planned for the story, I am relieving Chapter 1 from a finite release date until I know exactly what all I have planned. Usually that sounds like trouble from anyone else, but I don't plan on letting anyone down! I think you all will be pleasantly surprised.

What does this actually mean?
It means that all the assets for Ollimio have been completed for the first chapter, and therefore allows me to start on the actual work on the game. Everything Ive shown you up to this point was never really part of a comprehensible RPG, but now it will be soon. Sort of.
Cool. When can I play that?
a playable demo SHOULD be done around the end of September/beginning of October. Keep in mind that Im the only person working on the actual game so my time available to work on it will fluctuate so it really depends.
What will the demo consist of?
I really want to pump out chapter 1 by the end of this year. Theres a good chance that if the demo gets released you'll be playing through the entire first chapter. What I have going for the first chapter is pretty hearty, so look forward to that! You'll be introduced to the main cast and be allowed to not only explore the North Frog Town, but it's extensive forests, Igg's Ridge, Khovol, and the caves that connect it all together. Good stuff!

Ive been a little slow getting things done with my game, but what Ive been able to work on has been really fun so far. Can't wait to show you all! 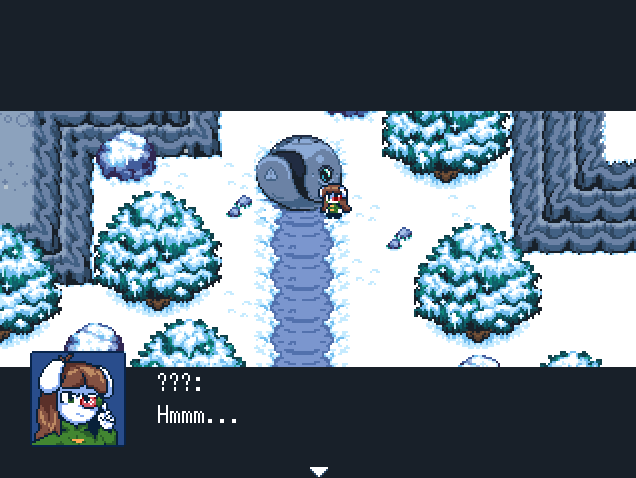