2 reviews
Save to Dropbox
WARNING! THIS GAME CONTAINS SCENES OF VIOLENCE, BLOOD, WAR AND DEATH! YOU HAVE BEEN WARNED!!!

About the Game:
Quest for the Peace Sword is a game created for the "SWAP IN THE MIDDLE WITH YOU" event that took place sometime near the dawn of 2016. The first half of the game was developed by the almighty Zero3D and later finished by ye' boy Luiishu535. The game was made in about two weeks (probably even a lot less than that!). It was an...interesting experience, that's for sure.

The game is an epic fantasy JRPG that features a magnificent turn-based battlesystem! The story is quite deep in itself and tells a tale of a determined woman, trying to bring peace to a tragic world that's been covered in blood and misfortune.

The Story:
It is said that a sword stuck in stone, known as the "Peace Sword", can bring peace to the world if someone with a pure heart pulls it from the stone. Is it merely a rumor, or...? You'll have to find out about that yourself.

Features:
-FEEL RED WITH ANGER THROUGH A WINDOWSKIN COVERED IN BLOOD!
-Classic turn-based battles that will leave you thinking about what's right or wrong!
-Choose your own path! Have you had enough of the bloodshed? Then escape like a pacifist! Do you long for blood and slaughter? Then kill (almost) everything in your path!
-A breath-taking story filled with all kinds of dramatic scenes!
-Memorable characters you won't forget!
-The Peace Crystals!
-A-M-A-Z-I-N-G Soundtrack!
-Change the appearance of your party members!
-A GIANT CHICKEN BIRD THAT CAN DEMOLISH AN ENTIRE ARMY!

The game only takes a few minutes to beat. Ain't that a treat? 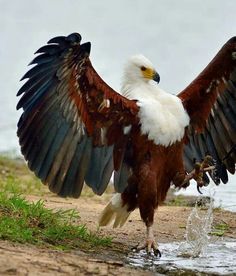 Wow, this is really something! I'd like to thank all of you who have downloaded Quest for the Peace Sword. I've received a lot of positive comments on this lately, which I also greatly appreciate. It makes my heart all warm and fuzzy knowing that so many people have played and (hopefully) enjoyed this little game.

Even if another milestone has been reached, I'm positive that we can keep this party rockin'. I hope that everyone who's played this has been able to find at least a smidgen of peace in their heart.


This game tends to do that, my friend. Thanks for playing!
shayoko

those town lantern effects are amazing!

experienced level 1 warriors for the win!

the dock scene is odd because if you walk down the right side where you boat was not anchored it plays out the same o.o

Fight path
the scene with the massive army should be fixed. once the screen stopped at the top it took a while before anything happened.
i thought it froze
then it goes to the bottom focuses on the bird for 10 seconds or so before starting more dialog. which isn't even from the bird!

:O that sound that played when falkon used the fire spell on the army. was painful :O

odd how you obtain money but it has no purpose o.o

who put the peace sword in a place where you need to fight to get to it? contradicts its purpose.

Noel says your group asks too many questions even tho they were mostly statements.

when did nol die??? last we saw her was at the war fields and obvious she was fine. heck she is immortal o.o

War path
the mountain scene with your party doesn't make sense. they are supposed to be dead.

noel died during your battle i assume so why is she here?


General 20-30M
This was a boring game for me as the characters and plot were weak.
a good amount of pathing errors and some grammar mistakes.
and the scenes/dialog were not consistent with what has happened

some of the custom monster sprites at the end were pretty cool tho.
outside that i didn't enjoy much of this experience.

Overall
i dont recommend this.
Luiishu535

@dock scene: the scene triggers since the boat was also connected to the other side (there are two entrances into the boat).

@dead party: they don't die, they're just unconscious during the latter part of that fight.

When I first got this game, I decided to fix a lot of stuff and trust me, I did. After I noticed that the game almost had no music I started getting some ideas. It was when Falkion first appeared that I decided to change my plan. I got some really trippy vibes after playing the game, it really blew my mind. I think that some of the errors added to that vibe, since I decided to go far a style similar with Ghost n' Goblin's English translation mixed with the Fight Hard Yeah! guy. I think this made the game more fun + I didn't want to finish this game as a super generic JRPG. There will of course be a lot of mixed opinions on this; not everyone will get it, but if someone does, then I hope that person had a fun time.

This game is basically a trippy WTF experience, with some deep questions like "what's wrong and what's right?" and "even if I succeed, does it even matter in the end?".

Thanks for taking your time to share your thoughts about the game! I really appreciate it.
Jeroen_Sol

...is basically what sums this game up for me.
Luiishu535

author=Jeroen_Sol
What is this I don't even...

...is basically what sums this game up for me.


Then I have successfully done my job! Glad to hear that and thanks for giving the game a try! I hope you were able to find some enjoyment from it. :)
Red_Nova


Come on, red_nova! This game has enough water to make the joke work!
Luiishu535

Come on, red_nova! This game has enough water to make the joke work! 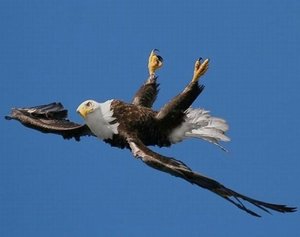 Glad you liked it! Things will get tough now when I've set the bar so high. How am I ever going to create another great game that's this good? :'(
Zachfoss

I didn't like it, it was horrible but it was sooOooo good. ;)

I prefer this type of gameplay than any other gameplay from other games.

Create another masterpiece like this? let's see here, how about MORE caawwkaaww?!?!?!
Luiishu535

It's so bad that it's actually good, eh?

There will be more, my good sir! I've been thinking about a game where you play as Falchion and destroy ancient gods, or something. It might happen! xD

My next game is going to be very different, mainly since it won't be an RPG (there will be no battles or puzzles). It'll be more like an Adventure/Mystery game.
Zachfoss

Yes, so bad it's good. You can't even hate it, it's impossible.

That'll be cool, destroying ancient gods. I'm still waiting for Legend Of Mango ;) just kidding, that game is probably cancelled. I guess Luiishu game corporation got bankrupt and had to cancel.

When your next game is in production mode, submit it! I want to see the details!! It's all about the details!!!!
Pages: first 12 next last