Where the fun begins...

Ok, Legion Saga was a bit of disappointment for me, anyway I decided to go on with the next chapter and I realized I did the right choice:
First thing, the story begins with a prologue in which you control a character that is NOT the protagonist! Then the real story begins but it is in "media res"! And then you'll have some cutscenes that introduces some important characters...
Given the semplicity of the first Legion Saga, I did not expect this kind of development and variety.
It was a pleasant surprise indeed, anyway let's start with... 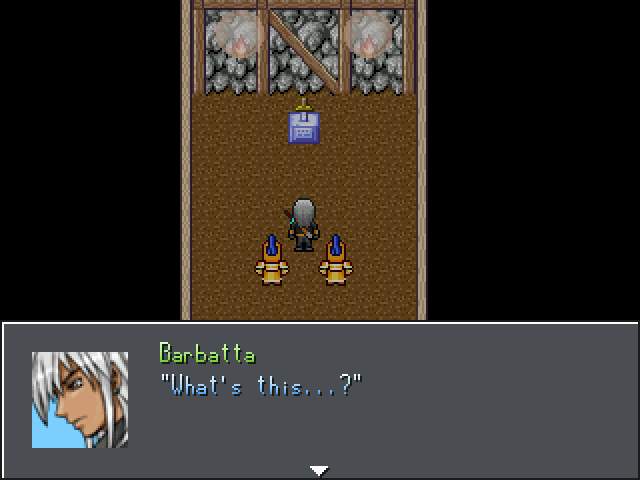 The Good
Story is nice, surely better that the first, and there's still the theme of "recruit helpers, collect allies, create and army" that was the best part of Legion Saga and still is.
So what's better? Graphics of course! There's a lot of resource used this time, lots of chipset and assets that creates a richer enviroment, better maps and as you can see from the screens there is also the use of nice background that contribuites to make the maps feel more unique and less boring. Same goes for characters chipsets and portraits: they are different and varied, unsurprisingly some of the facesets comes from Suikoden! The good thing is that they are used well, since while in Legion Saga we had characters like "male Black Mage" and "female Thief", this time we have a better cast of characters, that includes kobolds and even a robot. Well some characters of the first chapter of the saga are coming back, including the protagonist Ridman, but this is not all! Shotan, the ninja warrior from the first game, has an extra development, but this improvement in complexity is something that involves the story too: here we have three nations at war instead of two and also the characters and organizations involved have more developed motivations and are more credible.
About the gameplay there are no great differences, but now we've a good walking speed and also one-to-one duels! Nothing particularly shocking, but a welcomed addition and diversion. And let's not forgot the Orbcraft system, a new addition that lets you customize your character equipping different elemental skills. Another nice idea! 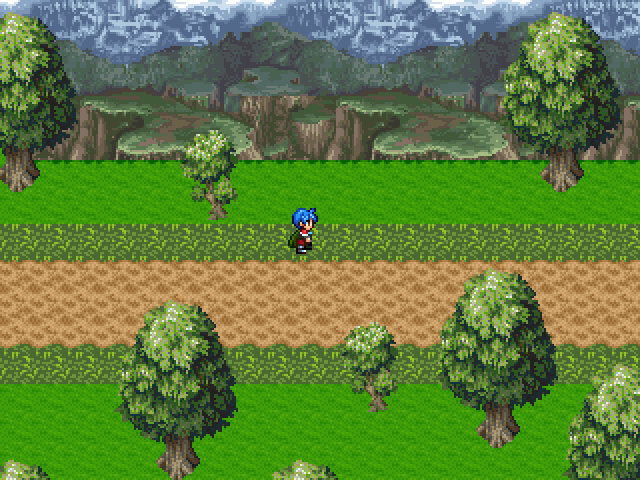 The... Ok!
Music still consists in ok rips from other games, the selection by the way is slighly better than in Legion Saga. Another things that was improved are the army battles, that this time besides the rock-paper-scissor system they add more complexity with some abilities (usable once per battle) that are unlocked by some party members. Not bad, but also nothing exceptional, as you need luck to triumph over the enemy armies, as usual.
Another thing that did not change is that in this game, like in the first, you have to walk a lot, and given the usual abundance of random encounters, it's not always a pleasant or entertaining experience, but I've seen that you can escape most of the times from them.
Oh and while this time I did not find the need to farm experience, in the end you are forced to use a particular character, and this was a nuisance since I almost never used him (you have some nay characters to choose from!) so it was underleveled. But that's ok. 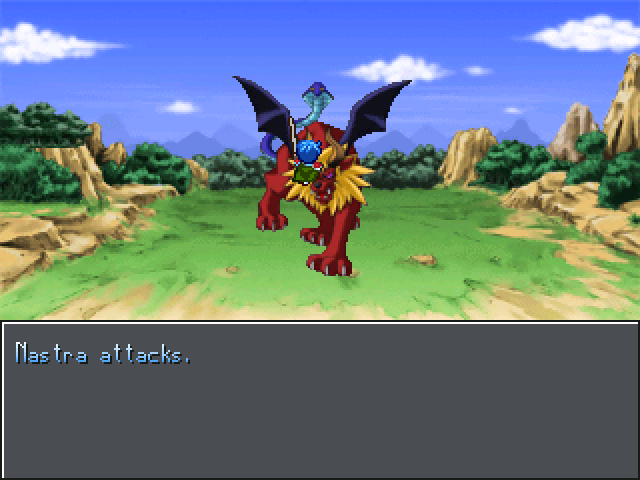 The Bad
While I appreciated the difficulty balance, the new orb system and the addition of combat charsets that show the characters attacking, I found little or not changes in the combat department graphically, as we had the usual backgrounds and some new monsters, but nothing much, compared to all the improvements in the other areas. Improvements that still someone my not like as the rips from Final Fantasy VI, Suikoden and Chrono Trigger not always armonize together or match the character. In other situations instead you'll sense a sort of deja vu, one of the cities appears to be very similar to Label of FFVI, but it's just my opinion. In the end most of the problem are due to the facts this was one of the first great Rpgmaker games at the timeit came out, no wonder that the third chapter even improved some aspects.

The End?
You are warned, this is not the end, as the Legion Saga II story will end in part III! Nastra's adventure is an entertaining quest of a good lenght and pacing, with lots of interesting characters. Dialogues and writing are good and this can be considered a remarkable improvement on the first Legion Saga under every aspect.
4 stars!