Mission Whaled in an indie created in RPG Maker MV. This is a pretty short game, you can probably complete it in 30-40 minutes. This is going to be probably a hard game to review because it's really hard to describe exactly what happened to me in this game (I believe my sanity meter has broken.)

You and your sister are having a dream inside the Whale of Time, which is interestingly paved and has buildings in a parallax background (this is some real groovy background. I can tell I'm in for a crazy shit already.) There's some sort of parasites making the whale sick. You have to kill them. Later you wake up in a futuristic town (Actually decently mapped, but you won't really need to go into any areas outside your main quest.) You get a mission from a guy. Later you meet someone who has a daughter who is making the whale sick. You will switch parties for a while, then sort of get separated from the group, only to meet up with them again to fight some other bad guy. But the real bad guy is the guy who gave you the mission in the first place... Are you lost from reading that? Because that's the best way I can describe the story of this game. Actually try not to focus to hard on it. You are a group of people who really love that whale. 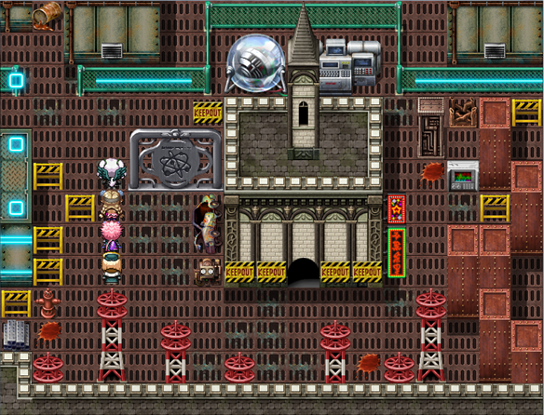 
Enemy sprites appear on the map and when you touch them you will get into an encounter. I'm really glad there isn't random encounters because once you enter the first dungeon you will never get a chance to buy anything from those shops in the town. And those enemies are really hard at the start of the game. My first battle got a KO on one of my characters (The game revives fallen party members to 1 HP after every battle if they are dead.) When you level up the Great Whale will be pleased and give you a skill. You might also just get a skill from the story because the Great Whale likes you, or something like that. Skills will include things like: Whale-Bang-Bang, Whale-fury, and Whaleism. There's also an item called Blessing of the Whale, "A piece of the Whale. Consume to increase Whale-Force." 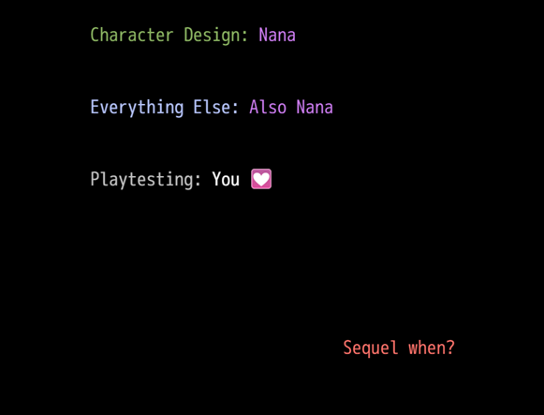 My experience in a nutshell right there.


There's a lot of crazy jokes and fourth wall breaking moments in this game (like the part where one character comments on the cool battle back in a fight.) This game doesn't take itself seriously and neither should you. The game has a bit of a difficulty curve right at the start with the battles, but near the end is actually quite easy. The mapping in the town is really well done. Though there's some really groovy looking areas in some of the dungeons. The story is really hard to follow after a while. There's just too much going on in a short amount of time. I didn't really get to know any of the characters. The whale theme thing is pretty much the driving force of this game, and it's a pretty strange thing at that. I give this mind bending experience 2.5 / 5.