author=TheRealQHeretic
Anyway, Wishmoo died a few years ago. I don't even remember of what, probably heart disease, or lung cancer (she went back to being a smoker when I left). She had numerous health issues and was just miserable 99% of her waking life. The worst part is, my first thought was "good riddance". She was abusive, narcissistic, and a cancer in this world, and a horrible person. All the "friends" she made in the community, the very few - she put on a nice face to them but was always suspicious of them behind their backs and couldn't just trust anyone. Probably kind of awful for me to speak about her in this way, but that's the whole story of me and GGZ.

Holy hell. Appreciate the check-in and insight, I'm so sorry you had to endure all of that.

Glad to hear you're doing well nowadays. Good to see an old name pop back up.

(now we just RPG Advocate to pop up, and the oldbie trio can be fulfilled)

author=JewelKnightJess
I hope everyone in this thread is doing well during these difficult pandemic times, sending my love to everyone.

I got curious today and was wondering exactly what you answered. I wondered, "Whatever happened to wishmoo? She still around?" I never expected to find the answer and a lot more. I'm really sorry you had to endure that, but in some weird twisted way you didn't have to endure her alone. A lot of us, who were just KIDS this point in our lives, had at least one run in with her.

My mom was similar to an extent, but mine would gaslight me into thinking I was always doing something wrong, etc. Was completely dismissive of me. I think I had wished someone else would have believe me when it came to the crazy things she'd do, because only I'd know. I thought the similar things you did when my own mom passed too.

So, as hard as it was for you. We were all in spirit kind of along side you the entire time I feel. Those days really made an impact on a lot of people's lives.

Forgive me for bumping this thread, I absolutely 100% did not read any rules. But I saw the latest post was in 2021, so I said what the hell.

Thanks for all the answers, and it's nice to see those I recognize in this thread show up in my life again in passing. I wish everyone well!
Kaesekumpel
0

Close
06/17/2021 06:48 PM
I'm currently looking into the earliest days of the RM95 scene and gaminggroundzero.com is a site that does come up very often.
However, it's completely inaccessible on Wayback Machine. Is there a specific reason why that is the case? So was this a request by QHeretic or Wishmoo or someone completely different? (Maybe even a DMCA from some rights holders? You could hardly visit any gaming-related site back in the day without stumbleing upon links to roms & such..)

There's so much content lost here.. A huge chunk of the earliest communities were dispersed across many different free hosting sites that had strict limitations on the amount of content the site owners could share. Sites & urls changed often which probably didn't have a good effect on archiving efforts.
GamingGroundZero does stand out as it did have a top-level-domain and due to its status the Wayback crawler should have archived tons of content.

Today on visiting, there's just a basic blog which hasn't been updated in years and provided no contact info. I'm not even sure if it is still owned by the same person. Neither version of the site can be viewed on archive.org due to a domain-wide block.
Darken

Close
06/17/2021 09:41 PM
As far as we know a robot.txt was put on the site meaning crawlers cant archive the ftp files. Likely Wishmoo's doing, but there's little way to know the motivations. The domain was also sold/given to someone who made a barebones gaming blog nobody cares about and I doubt the person has anything to do with rpgmaker.

One possibility is to buy the domain by whoever holds it and take off the robots.txt but I'm not tech savvy enough to know if that's a retroactive thing you can do. Looking the domain up here you can find some potential contact info. Though I think it's mostly hidden so it might be done through godaddy.

edit: also if anyone wants to actually buy the domain I recommend not tipping them to the "historical value" because they'll probably charge a lot if they have zero sentiments about it.
Kaesekumpel
0

Well, I found something at least.. here's this odd transitionary site named "GamingOverworld", right after the merge of The Heresy with RPG Underground and shortly before it became GamingGroundZero:
https://web.archive.org/web/20021005225329/http://www.geocities.com/gamingoverworld/home.html

author=ftrbreed
That's really hard, as you're likely finding out. Forums drop support, servers go down and never come up again, etc. Even sites like archive.org are imperfect (as you can see with some of the deeplinked GGZ archives which work yet none of their child links were archived. I for one would love to see an archive of the Staff page so I can find out what the heck my bio was. I remember my avatar pretty vividly 'cause it was some terrible photoshop I did with). This is going to continue to be a problem until communities find a good way of preservation, which is also an ongoing and very serious problem in the gaming world in general. We are losing our games and source code at an alarming pace.

I realize this post is over 2 years old but here it is (at least shortly before it became GGZ):
https://web.archive.org/web/20021006020112/http://www.geocities.com:80/gamingoverworld/staff.html
JewelKnightJess 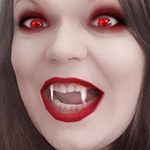 author=Webbeh
(now we just RPG Advocate to pop up, and the oldbie trio can be fulfilled)

The words "Newbie crap" still echo in my head two decades on!
NopeFenrir
0

First of all, I'm very sorry to hear everything you said, QHeretic. I hope all is well now.

For my own experiences: I was a very small part of the GGZ community -- I had been playing with RM2k for a few years in high school and got into the general community, and stayed with it for the first part of my college career (I would guess I was active from around 2001 until 2005 or 2006?). I started out putting together sprite sheets of existing characters (like ripping from FF6), and then I did dip my toes into some original work/edits of default sprites (I actually had a semi-successful project where I organized a few folks to make Chrono Cross sprites -- I think it resulted in around a dozen sprite sheets getting made?).

I was a member of a few different sites, but then I joined the GGZ forums and eventually became a contributor on the site (again, very minimally). I think I had the same AIM experience as many members (messages from wishmoo pretty much any time I was online, but also lots of good conversations with the other members who were around my age -- I remember Android18a!).

Honestly, overall, if you stayed out of the more toxic side of the things, the GGZ forums themselves were GREAT! Lots of people with similar interests, and overall a good sense of humor. There were places for serious discussions, resource sharing, story building, but there were also places for out-and-out shitposting and just having fun. There were also sprite competitions pretty regularly with no real prizes, but it was a lot of fun to compete against the best in the community.

For a little while I did connect with some of the members of the site after I left via social media, but I've since deleted Facebook and Twitter, so I don't keep in touch with anyone now. I still think of that time a LOT as it was really where I learned how to be part of an Internet community.
Pages: first prev 1234567 last
Forums :: General Discussion
Back to Top