author=Gari
Hello, it's because you probably downloaded it from a wrong wayback file (I had the problem too).
I guess I solved the problem by downloading it from an earlier wayback link. The clean link is 252 792 MO. Often, it happens with later saves from the wayback that a part of the file isn't saved, corrupting the download.

Hi Gari, I wasn't able to get it to work after many times trying through webarchive. Could you send me your copy of Iffermoon? 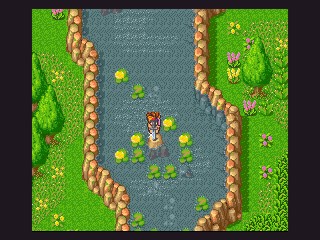 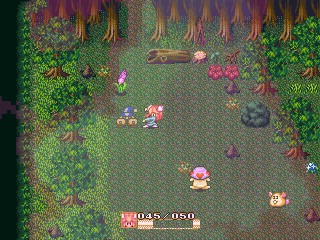 And a sideview CBS, made by Rusty. There was a whole list of these systems provided here, made to be used (with credit).

Close
01/08/2021 05:03 PM
Sweet, Rusty was pretty well known in the community. He also did awards (part 2) before Misaos were a thing. Though the articles are certainly from an era...
Marrend

Close
01/09/2021 09:36 PM
For the longest time, I've been wondering about a certain song I heard that I thought was in Synthetic Odyssey*. Turns out it was Moon & Star, Preludes*. Maybe not quite what this thread is supposed to be about, but, the packed-in credits for the game give don't specify which file is from where, nor do the file-names (or metadata) give hints either.

The file in question I've since uploaded into in my locker. I'm mostly assuming this track is from some commercially made game, and having no idea which one. I know that's not this thread's usual thing, but, I figured I'd give it a try.

*These links are the only way to get to the "gampages" now ;_;

*Edit: Thanks again to Gari (pretty sure it was Gari?) for the "content/games" trick!
crunchmann
0

Close
01/10/2021 08:22 PM
Hello.
For a while now, I have been remembering a certain video on youtube, with a strange title, but with a very clickbaity thumbnail about an rpgmaker game. Said game was focused on two things: Being completely troll in design and having monster girls as enemies and bosses. The first dungeon displayed, I believe, had a mimic monster girl as the boss. The starting area contained your sister, which I believed would try to kill you later in the game. You could attack overworld NPCs, and they were usually vastly more powerful in combat than what they'd seem capable of. the final boss was an angel monster girl, I believe. The game itself was very well made, it had beautiful sprites, but the world itself was a bit lacking. I wonder if any of you saw this video, or if this is a very popular game that I am unaware of (I am not versed in rpgmaker games, so this is quite a possibility considering the quality of the game).
I'd like to add that the video was made around 2014-2016, and that it was a top down rpg, with real time combat, if I remember correctly. There was a desert area, but that's as much as my memory can take with the details.
Frogge

Close
01/20/2021 09:39 PM
Looking for a lost game from 2014 if anyone might still have hold of it, and LBR suggested I post here. It's called Bunraku, it was a point and click style game with backgrounds taken from Google Streetview of Japan, and here's the now deleted game page for it as well as the dev's profile. Any help trying to find a download, a way to contact the dev or even a let's play for it would be greatly appreciated!
Marrend

I'm going through Wabewalker's post as I type, and while TheNecromancer (then Link_2112) had a video LP thread where Bunraku was included, it seems he never actually got the thing to work properly. Gourd_Clae and unity also had LP and/or review threads that included it, but, it doesn't look like they got to Bunraku at all. ;_;
Frogge

author=Marrend
Out of curiosity, I went through the content/games/6337/downloads route, only to find an empty "placeholder.txt" file there. You may have tried archive.org as well, but, just in case you didn't, I gave it a go. Sadly, it failed to find any results. ;_;

I'm going through Wabewalker's post as I type, and while TheNecromancer (then Link_2112) had a video LP thread where Bunraku was included, it seems he never actually got the thing to work properly. Gourd_Clae and unity also had LP and/or review threads that included it, but, it doesn't look like they got to Bunraku at all. ;_;

Yup, unfortunately it wasn't on either wayback machine or the download archive, which is why I had to look. I checked necromancer's thread too but there was no LP as you said.

The good news is that LBR managed to find the dev's facebook page and I'm getting in contact with them as we speak! They were nice enough to send a download and I'm asking now to see if it's cool with them to share the link for the archive.
LordBlueRouge

Close
01/21/2021 06:08 AM
sorry i woke up late, congrats on getting the game, system works!
link it here if you can, but also see if you can get him to post it on itch.io or something, it sounds good from what you'd shown us about XD like the dude chasing ya with the gun sounds very much like the PSone LSD game.

EDIT: Sidenote, I'm gonna add the most recent requests made here as well. I apologize for the lateness. I started back in October, just grabbing and sorting through all the new games we got. we currently have 290 new games @8.93GB.

I'll be finished with this soon shortly. I might need to take a break once this is all done.
himyname
0

Close
02/02/2021 08:02 PM
I'd like to request a RPG Maker 2000 game. I don't remember the title but I remember the story. It was different from the typical RPG in that you start out as a priest character and a mage character. Both are brother and sister. They're also black characters which is rare to be the main characters. They go to some kind of magic school ran by their father and mother. They go on adventures and end up being transported into another dimension in a forest and lose their memories. They also grow up in the other dimension. There was also a warrior character later on named Angelo and a female character named Pepper but that's about it for what I know. It has nice humor and some serious themes in it.
LordBlueRouge

Close
02/07/2021 05:55 AM
I'm transferring the master list over to the new archive: I ran into something strange: Ad Nauseam doesn't seem to work. I don't know what engine it runs on, but whenever I try to play it seems to bring up an error.

If anyone has more info on this game let me know.
Gari
0

Close
02/07/2021 11:31 AM
Hi, I tried and it works fine for me (windows10, nothing special).
Controls : Enter to validate difficulty, z to shoot bullets, esc to close.
It seems the game is self extracting temporary content when launching.

Close
02/08/2021 02:44 PM
Hi Guys, does anyone happen to have Tales of Falonia by AlucardXDemon?
LordBlueRouge

author=Gari
Hi, I tried and it works fine for me (windows10, nothing special).
Controls : Enter to validate difficulty, z to shoot bullets, esc to close.
It seems the game is self extracting temporary content when launching.

Little fun game by the way ;)

Thank you Gari❤
I feel like i need to get you and RpgAddict something once this is all over, you guys have been really helpful :).

I will check for you.

EDIT: We do! it's part of the new uh, archive list, there's two version. I'll send you a link in a sec.

EDIT2: Actually I'll have it up later today, just sort of busy today. apologizes. But yes we have two versions of Tales of Falonia.
TheRpgmakerAddict

Close
02/08/2021 05:44 PM
Awesome! I need that too, I only got megaupload dead links sadly...I was looking for that one since many years
LordBlueRouge

I've been working on this on and off for the last 7 months so if there's any errors with this i apologize in advance.
LordBlueRouge

Whenever I try to load it, the extraction fails. Would anyone have a working copy?
VannevarKush
0

Close
02/10/2021 08:28 AM
There has been a lot of talk about hosting a large collection of RPG Maker content...for example, about a year or two ago I scoured the Internet for every RPG Maker 2k/2k3 game I could find, including many from this topic and the previous one. My goal was to play these on Wii using EasyRPG, which has worked well aside from some occasional crashes. Anyway, if I remember correctly I ended up with about 1400 separate titles. I named all the folders to the actual titles of the games, however I did not try to hold on to demos or older versions of games.

I have a Mega account where I could make this content available. It's about 60 gigs if I'm remembering right.

I bet others have bigger and better archives than I do. I'd be glad to share mine, but it seems that some of us have large collections, and the main issue is hosting and distributing the content.

Speaking of archives, I wonder if the right place for hosting a large archive of RPG maker content... is to put it on archive.org? I've seen some large packs of user created content on there, like for Mugen and OpenBOR (open beats of rage). So given the bandwidth issues and the fact that this isn't illegal content or anything, why not put these large archives on the site that wants to host this kind of thing? (maybe I'll put my own collection on there instead...)
Gari
0

author=LordBlueRouge
We have a small problem with uh:

Whenever I try to load it, the extraction fails. Would anyone have a working copy?

I've no problem with the version I have, which should also come from here. Maybe it was a wrong download (try again)?
AshleyWasHere

I've been working on this on and off for the last 7 months so if there's any errors with this i apologize in advance.