Close
10/11/2011 02:33 AM
Thanks! The design philosophy is to create realistic looking backgrounds and more cartoony looking characters (in other words, like a cell shaded anime). It's been tricky trying to make the areas look typical for a fantasy RPG, without making them look too much like any one game's art. I think I may have finally settled on a look I like.

These more standard areas are important, as they serve as a frame of reference for the player. Later on the game gets...different.
facesforce

Close
10/11/2011 02:52 AM
Thanks, and I know the perportions are off on the people, but I need to redo them anyways, and the graphics will get more polished as the project continues. I was looking for a concept to make a unusual, but simple concept for the game.

By the way, I like the idea for realism and cartoony coming together, it seems to be a good contrast. '.' Slimes forever ;;',';;
LockeZ

Close
10/11/2011 03:05 AM
Oh, wow, Lucid, that wall... no longer looks like something you did by hand. It now officially looks like you must have stolen it from a commercial game, just because of the quality.

You may actually have to go back and make it worse, so people's expectations for the rest of the game don't get too high. Just to save yourself from doing that much work everywhere else O_O
chana

Close
10/11/2011 03:08 AM
@LucidStillness : right, this map did feel more familiar ("closer" to standard rpg
maps, while remaining in fact very different, smaller elements?), if you're aiming at reference, i'd say it's perfect (not too different, not too similar).

@facesforce : I like your backgrounds a lot, the characters do need some improving (I like the top one).
Deacon Batista

I made a new screenie. It shows the "Vampire Council": Close
10/11/2011 01:23 PM
I really like the mapping but that girl's got a very scary face as if someone hit her in the mouth with a huge ugly stick. I'd say work on her mouth a little bit more, and perhaps add a second skin colour for shading purposes or something just so that she doesn't look so cartoony or flat.

author=Lucidstillness
@UPRC
Yes, evil slimes forever! I guess great minds think alike, because those guys look very similar to the evil slimes representing normal monsters in my game. I'm also planning on adding torches like yours to my cave area as well.

My slimes are being used to represent all enemy encounters on the map (aside from bosses). This way, it's very easy to identify what's good and bad on maps and a player won't have much trouble avoiding monsters if they don't feel like fighting. My slimes are kind of like in Valkyrie Profile how those shambling dark creatures with glowing eyes. They both function the same way more or less.

I like your slimes too! And your cave looks very nice as well.
Lucidstillness

Close
10/12/2011 12:16 AM
@Deacon Batista
I like the mapping a lot, but the lighting seems a bit bright for vampires to me. Maybe make the lighting of the room darker and redder.

@UPRC
Cool. I'm actually still deciding how faster and persistent my slimes are going to be. At the moment they chase the player all over the map, which gets a bit hectic in play testing (I even added a dash feature just for this reason). I'm thinking about going more towards a Lufia 2 style of map-visible monsters.

Also, thanks guys! It's good to know I've gotten better. I actually started work on another tileset recently which I'd like some feedback on; the castle ruins:

...Why do dungeons always come down to caves or castles?
facesforce

Close
10/12/2011 02:51 AM
Because that is the easiest to explain. There are some ones that break that trend, like the Shrinen the Wanderer, which features forests and riverbank cliffs as dungeons. Your castle looks great by the way, although that door is giving off a demonic vibe.
Lucidstillness

I think it may also be because indoors areas are a lot easier to make than outdoor ones as well.
LockeZ

Close
10/12/2011 04:18 AM
Are those gray blotches supposed to be dirt, I assume? They don't look much like dirt, though I got the idea. Everything else looks quite nice. You may want some broken tiles, instead of just normal tiles and dirt. And maybe some broken pieces of small debris scattered around.

author=Lucidstillness
...Why do dungeons always come down to caves or castles?

In medieval or dark age settings, realistic indoor areas are almost always castles, temples and caves because few other types of buildings were large enough back then to work as a dungeon. Basically all buildings were either castles, temples, or tiny hovels. You can make a sewer, I guess? Or a large ship? It's going to be hard to justify making something weird like a concert hall or a laboratory or a warehouse - all of those would probably just be rooms inside of castles! In a rennaissance or industrial (pre-electric) setting you can probably do a lot more.

And that doesn't mean you can't have unrealistic indoor areas. Ocarina of Time's first dungeon is the inside of a tree, and its third dungeon is in a whale's belly. Or you can combine multiple motifs into one area - a cave below a desert that has sand slowly pouring down from the ceiling, or a castle with a giant tree growing up through the middle of it.

Fences, cliffs, water, dense trees, buildings and manmade platforms can all work as barriers in outdoor areas. The biggest thing making outdoor areas harder is that you have to actually fill in all the inaccessible area with visible elements instead of just coloring them in black like you can in an indoor area.
Lucidstillness

Close
10/12/2011 04:31 AM
Thanks. The gray blotch areas are actually supposed to represent the floor with the tiles removed (sort of a foundation). I'm not sure if I'll change it around or not. Cracked tiles and debris would make excellent additions, and I'll be adding a lot to this tileset as I go.

Those are good ideas. I intend to stretch believability as far as I can, lol. That's very true about indoor vs outdoor areas as well (I'm still not finished with my outdoor tilesets by a long shot).
LockeZ

Close
10/12/2011 04:45 AM
Unless it's frozen in time or something, you may consider making some parts of the ruins grayish brown and grayish green and grayish yellow instead of everything but the chests and creatures just being completely 100% monochrome. You'd be surprised how noticable a 2% red tone can be when the rest of the area is so utterly gray. (Alternately, make the chests black in this area.)
Lucidstillness

Close
10/12/2011 05:12 AM
I actually was planning on recolouring this tileset a number of different ways for different areas, but I'm assembling it in monochrome just because it's easier that way.

But I'm thinking of going with greyish green/yellow for this area.
Kp 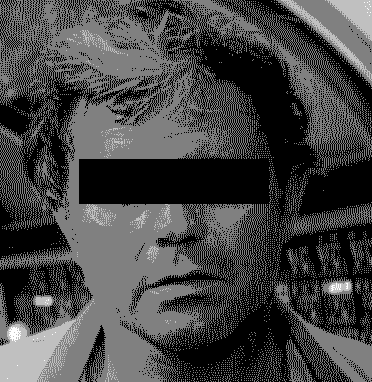 Close
10/13/2011 12:44 AM
Hey everyone, been working on making Infection look nicer, been trying new things.
And I have something I wanna get some opinions on:

It's a inner map, with the perspective from the outside looking in, so I have the windows/plate glass transparent and I thought it would be cool to have the "reflection" of the city on the plate glass as the sun is rising from the outside.
So that's what I'm trying to portray here, just wondering if anyone thinks I pulled it off well enough, I like it myself.
(the infected and the character are also much easier to see when moving around, and the fire moves from inside apartment doors)
chana

Close
10/13/2011 01:17 AM
That's a really interesting idea and the reflection of the city and the characters come off well, aswell as the building, the problem is the room they're in, you should be able to see it somewhat.
InfectionFiles

Close
10/13/2011 01:22 AM
Thanks chana, I'm glad you think so!
I get what you mean, but there isn't much on the ground since it's just a narrow hallway. It's also at the beginning and you are rushing from the building, so there probably won't be too much in-depth mapping here, since you must leave so quick.
(trying to keep the mapping tight :])
chana