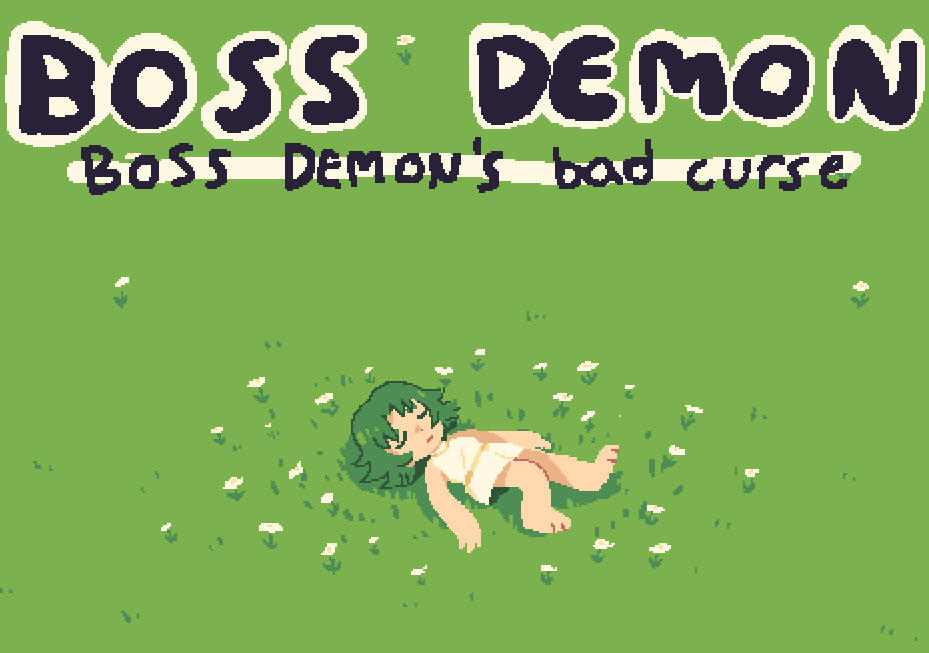 Fun while it lasts

I played this game knowing nothing. I was just looking for short games I could play quickly. I found this game and I looked like a fun game to review. So I reviewed it. I will be going though a couple of points, such as story, battles, graphics, and music.

Story:
The story works for what it's trying to accomplish. It is about a school of alchemists trying to make a teleportation potion for a science fair like thing. However, the potion goes wrong, and the main character get mega huge. The player character blames it on the Boss Demon, yes very original name, and goes to defeat him. I want to give more info on the story, but i will get into spoilers. Read them at your own risk.
Show
SPOILERS AHEAD! So when you are big you are forced to kill a bunch of villagers. I tried playing again and avoided killing them but I think it is unavoidable. Then you destroy a demon tower and "kill" the Boss Demon. Then the main character gets depressed because all her friends are gone and she leaves the island forever. I though I got a bad ending but the developer confirmed that this is only one ending so that's a thing.

The battles are basic front view RTP. Nothing special. Also the battles are really scripted so it's almost impossible to lose. However, the battle backs have these cool shadows of the main character and you're always looking down one the enemies. It adds a nice charm to the game, but it doesn't make the basic VX Ace battle system any better.

This is the best part of the game. The game uses a unique art style that either uses all custom graphics, which I amend, or some VX Ace DLC pack, which is most likely because of the amount of effort put into...

Absolute RTP trash. These idiotic songs are basically the theme songs of teenage noobs who make their first crap game and are embarrassed to talk about it later. With the amount of polish this game has it should not be associated with that garbage music. Sorry if I sounded harsh. I just really hate those songs. It reminds me of the dark days of Zero Gear Fighters, Dragon Ascension, and the game that must never be named... But just as a tip, it's better just to used copyrighted songs than those RTP songs because

1. Your'e game should be free to use since it's on this site, and since it's free, it falls under fair use.

2. You can find much higher quality songs online in various places. Here are my recommendations.

Video Game Music Downloads
https://downloads.khinsider.com/
-Pros: Has almost every game song, along with some anime songs as well.
-Cons: Is missing most Final Fantasy game OSTs and all songs are in MP3 format, which don't work in MV.

Music Converter
https://downloads.khinsider.com/
-Pros: Allows you to change a song to many formats. It is 100% legit so don't worry about adware or spyware. Just don't click on the ads and you'll be fine.
-Cons: The ads can be deceiving, and if you turn adblock on then It will say that the site won't function with the adblock on and tells you to white list it. This is a lie used to try to get more ad revenue. It works fine with adblock on.

Over all, this game is a good short time waster with a few funny moments and great charm. However, this game lacks decent music, one of my favorite things in games, and has a very short adventure with only one outcome. I would recoment this game, but it is nothing to sink your teeth into.

Close
11/23/2017 05:58 PM
Sad it uses RTP music, but hey, is what it is. I think most developers must focus on different things in order to get things done, and this one just so happened to not focus on the music. Which is a shame really, because music is something worth focusing on.

Anyways, good review, good advice, and I look forward to the developer's next game.
djbeardo

Close
12/13/2017 07:12 PM
Sorry to be a buzzkill, but just because your game is free doesn't mean that copywritten songs are okay to use under fair use law (at least in the USA). I've been burned by this in the past and have talked to a few lawyers.

If it's a free game and only gets a few hundred downloads, you probably won't make anyone too upset. But it's like speeding on the freeway... it's probably okay as long as a cop isn't behind you. But if someone wants to be a dick, they definitely can be.
Pages: 1