DEMO Review - The Makings of a Real Gem (Or crystal) 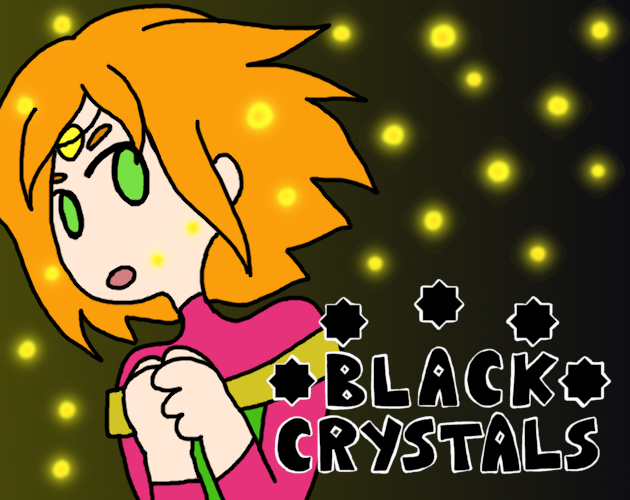 Black Crystals by Yoraee is combat and exploration-based RPG built in RPG Maker MV and has been one of my most anticipated RPG Maker projects since its development began a couple of years ago. Development materials and screenshots thus far have touted some impressive hand-drawn animations and a promising puzzle-based battle system, and I was eager to finally give this standalone demo a try.

The demo was created to be played at a convention, so players can expect to experience the action straight away with minimal story setup. And right from the get-go, Black Crystals will treat you with wonderfully-animated characters and vibrant environments filled with a unique sense of character. Starsio and his companion Arthur have animations for every conceivable situation, from exploration to individual actions in combat, and the sheer attention to detail is nothing short of amazing.

The visuals are well-complimented by a stellar soundtrack by SpecialAgentApe and brunobuglisi, which are a mix of atmospheric and mysterious tracks that set an excellent sense of urgency to Starsio's escape.

The demo mainly showcases the game's combat, which offers a mix of turn-based comabt as puzzle-solving. While you're given the option of solving battles through standard damage-dealing, each encounter contains a set of interactions that will end the battle peacefully. For instance, instead of fighting a pair of guards, you can instead talk to them and attempt to get them to turn on eachother.

It's a system not unlike that of Undertale, and the game quietly encourages you to solve battles through pacifist means, as using interaction commands will give your characters an opportunity to nullify incoming damage on the next enemy turn. Otherwise, you'll be taking damage as normal. It is absolutely worth it to try to solve encounters through pacifist means, as you'll be treated to a bevy of character development, fun animations, and some very chuckle-worthy moments. This seems to be the intended way to play the game, and it is generally more emotionally rewarding to do so rather than trying to brute-force your way through fights. 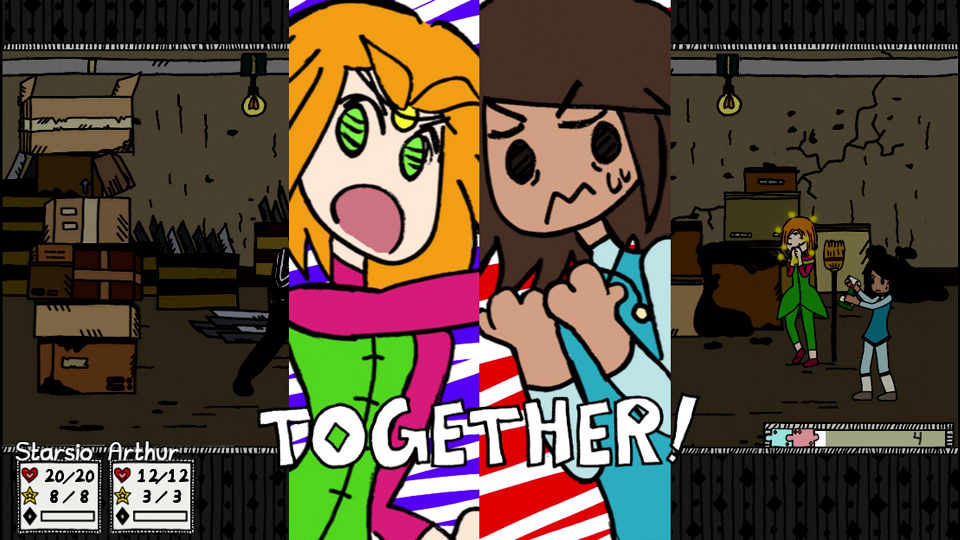 The downside to this is that I've found that the game quickly expects you to stick solely to one method or the other during a single playthrough. Battles that are completed by pacifist means do not award EXP, but will offer other rewards and will have a positive effect on the characters' emotional state. But since the difficulty of the demo's four or five battles ramps up fairly quickly, solving the first couple of battles peacefully and then entering the boss fight at Level 1 and trying to attack will spell a quick end for your party.

I don't think this problem is particularly detrimental to a demo of this length, but I can see this being a problem over longer spans if you need to gain levels but cannot feasibly do so. Hopefully the full game will feature some regular, non-scripted encounters to ease this a bit. Otherwise I would recommend that there be alternative ways to level up, especially considering the very small amount of HP that Starsio and Arthur begin the game with.

Still, there's quite a bit more to see if you decide to use your damaging abilities. Characters can combine certain skills together to perform special, more powerful moves with fun cut-in animations and some very creative attack animations. Try to see them all at least once!

There is also an element system at play here that I admit I did not quite fully understand. As battles play out, elements will become stronger or weaker depending on what actions are used, but this isn't really explained in the demo outside of the ReadMe file, so just how much an effect this had in combat was a mystery to me on my first playthrough.

Still, I think these issues can be addressed without too much trouble before the full game is released. Everything that I experienced about Black Crystals is very promising, and I believe Yoraee has a real gem on their hands here.

UPDATE 11/10/2019: Version 5 of the demo now awards Experience Points for all encounters regardless of how you solve them. Review score has been increased to 4.5/5 for this change.