Squeaking of the Dead is in a Magazine 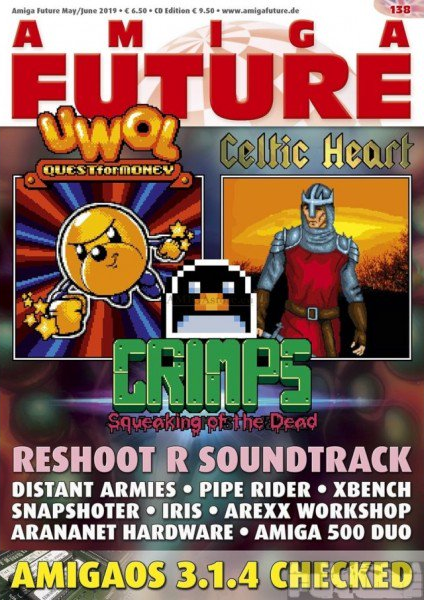 Okay, this is kinda cool: Grimps is featured in a printed magazine! It's the first of my games to ever end up in print. Feels kinda awesome. It's number 138 of Amiga Future. For max nostalgia the game is also included on the demo disc.

This is also a good time to announce that there is two amiga ports of the game out. They run on EasyRPG. I was contacted awhile ago by some people who wanted to put it on amiga based operative systems. Looked into it and with EasyRPG it wasn't that much work so I did it.
Had to do some small tweaks for some edge cases that didn't work with EasyRPG, and had to (sadly) remove the screenshakes as they caused several issues. But overall it runs smooth!

So if you got a computer running amiga you can find Grimps for it here:
AmigaOS 4
Icaros Desktop 2.2.6 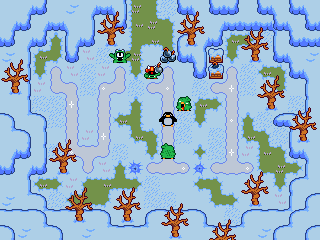 Changelog:
- Removed a hole in the wall on level 4 where you could go out of bounds
- Fixed the sliding Grimps position on level 4 so it's no longer off by one tile when loading the level from password
- Changed "Bonus Map" to "Bonus Level" for consistency
- Reversed the order of games in the Game Browser so newest game is first
- Also spiced up the game page css some more.

Wooo! Game is out now!

The new levels starts after the original 5. If you want to jump right in you can get the level passwords here.
I tried to make them a bit harder, I just hope I haven't made it too hard.