0 reviews
In Sorbetta: Gravely in Debt, the title character needs to pay off a debt to her cousin, Sherberta. Only when she discusses things with her mimic confidant does she come up with a somewhat viable solution: being a necromancer, she can just hire employees from the local graveyard! From there, her misadventures in debt repayment begin.

The game is a comedy that doesn't rely on memes to get the jokes across. Well, not entirely.


Nearly all of the game's development was done live, on Twitch, as a response to a challenge from another developer after my constructive critique was taken in a bad way: 'Let's see you do better.' The game itself is done using almost entirely RTP assets and by someone who has only had a very basic (up to this point) knowledge of the engine. It's slated to be released on Steam in early 2020.

The game also features several cameos of members from the RM community as well as those who were present in chat as I streamed the development on Twitch.

Be sure to follow and put it on your wishlists!

Not all evil/run-down castles have a cleaning service, you know 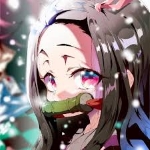