Let this not be one of my epic-fail blogs like the ones over the last few months. Someone with close to 200 blogs ( 193 iirc ) to her name should not make epic fail blogs. Not to mention I didn't write a single one for the month of June. Bad Luchi, very bad.

Now that the demo is out of the way, I need to focus on the bigger task at hand... Getting this game done by December 2017. While I've been plagued with personal demons regarding the game ( I've come a hair's breadth to cancelling the project entirely, but the same thing happened during the last few months developing Enelysion, and I went on to complete it ), there's always been one thing that I've thought about before making such rash decisions. I can be impulsive, if not downright reckless, but that's just my nature ( quite sure all fire signs in astrology are like this; as a Saggitarius, I'm no different ).

I love my characters, plain and simple. Hitting that Cancelled tab would be like abandoning Tristian, Ianna and the rest of the cast that I've spent close to 2.5 years with now. And Tristian for me is the embodiment of my ideal heroine in a video-game ( she's a lot better than Laine, tbh, but this could simply be due to the fact that Tristian happens to be a better character. Lainey still wins on the design-stakes though xD ).

It would be tantamount to throwing all my work out of the window. But onto the game itself.

I'm making good progress so far, having just crossed the six-hour mark for the game, and it will probably reach the 7-8 hour mark once I start on the next couple of dungeons. 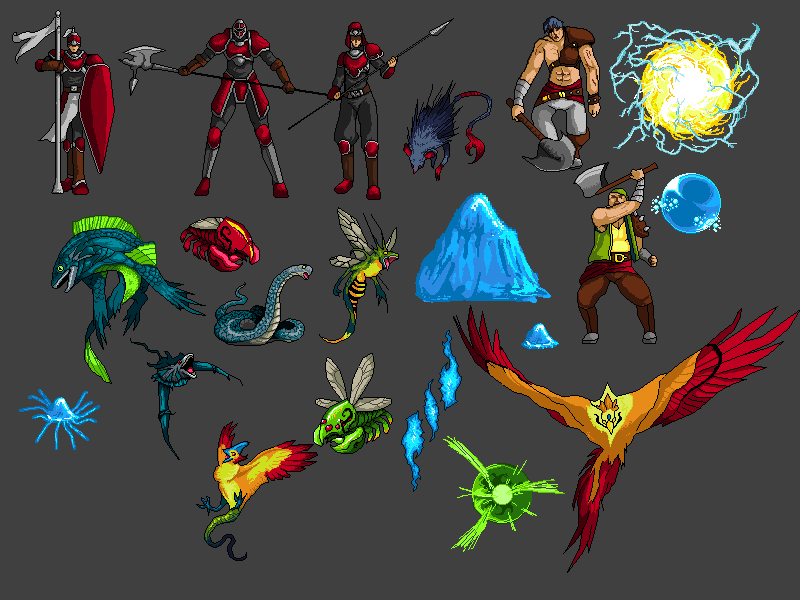 All the battlers done for the game so far. 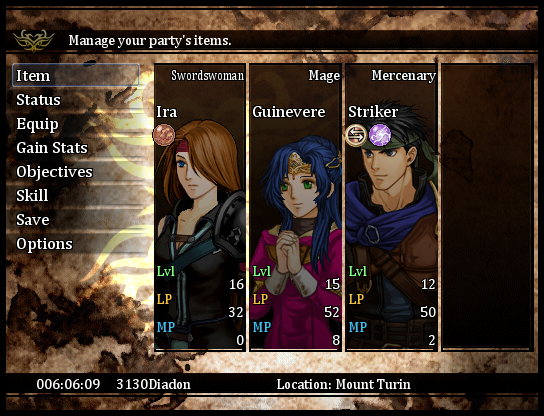 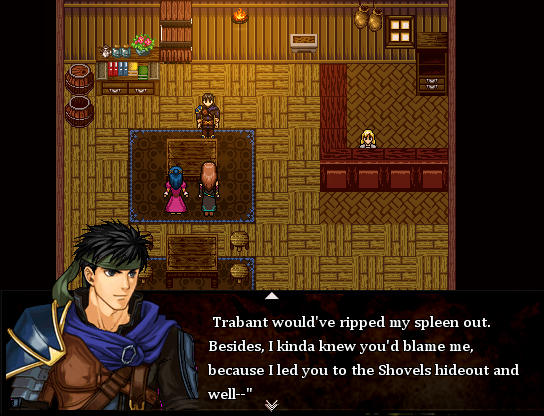 I don't know if anyone else found the Shovels segment of the game funny, but I tend to crack up everytime I hear their theme ( Ahoy Pirates! in the audio folder ). And their name is just plain silly. They become a force to reckon with later on, however... 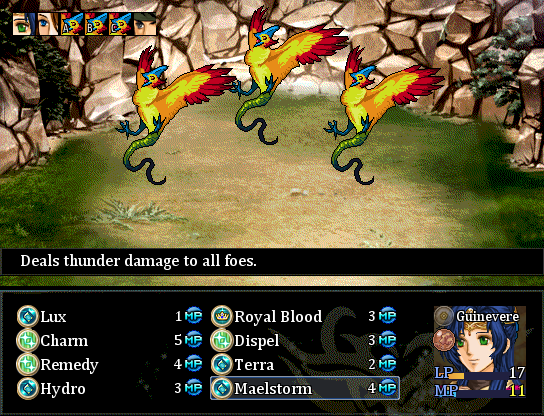 The cockatrices are my favourite enemies, design-wise. While they are based off the default VX one, the colour palette is my own. 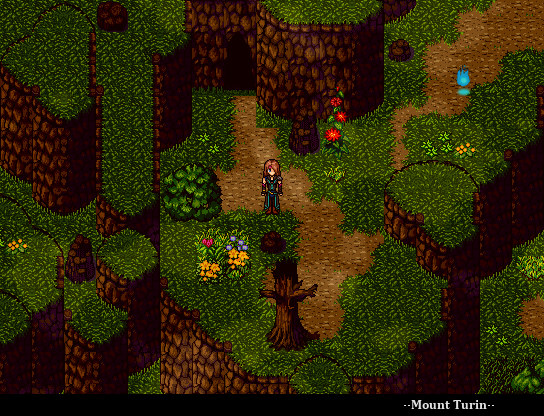 And doing some mountain-climbing.

Regarding the plot of the game so far:

While it may seem that Tristian and Ianna are merely doing odd quests for their new employer ( Trabant ), their actions ( especially Ianna's ) has further reaching consequences much later on. I've already lampshaded what Ianna might become in one of the game's earlier scenes, after all. Also, the player gets to experience what is happening in other terroritries like Concordia ( under iron-fisted rule by Duke Caliburn ).

This might be a game set during a period of strife and endless struggle, but imagine how the plot would have played out had Tristian remained a General of the Cerulean Order; imagine how boring the gameplay might have been: You would have been fighting horde after horde of human enemies, doing little to no exploring outside of fortress hopping and keeping Ianna on the sidelines ( and further
hampering her development as a character. And Tristian would have just remained this stoic badass who doesn't change much ).

So Sir Bedivere just does all the fighting after expelling one of his best generals, leaving the player free to get into Tristian and Ianna's new identities: The swordswoman Ira Cross, and the young mage Guinevere.

Granted, there isn't much yuri between the two yet, but its more implied than stated, and if you've been screaming at either of them to just admit their feelings for each other, then I am sorry. It will happen, just not now. Of course, if there was no yuri, I would have just crack-shipped Ira/Striker. Or the original TristianxDante ( for those of you who can remember the earliest drafts of the game ). 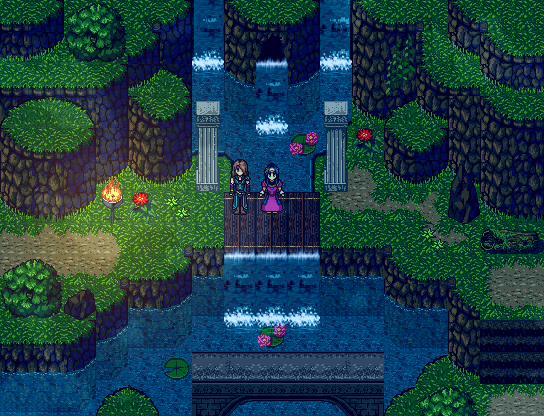 They will just stand there until I write their lines...

Close
07/12/2016 05:02 PM
I've been so focused on getting Dream Chasers ready for v0.2 that I've yet to play this. I'll be getting to it shortly and leaving an extremely detailed list of feedback in your inbox by next Wednesday.~
polarcactus

A last-minute fix before I uploaded the demo resulted in Ianna not being available once Ira had spoken to her in Dorner Castle basement. This is over four hours in though, and I highly doubt anyone is that far now.

Just replace that file in the Data folder.
squallstorm

Wasn't sure if that was a bug or not, but good to know you caught it. xD
Pages: 1