0 reviews
Save to Dropbox
Star's Keep

The world of Havaar is thick with blood. The land is still recovering from the two-century long Purge: a war that eradicated the demon-kin from the land.It was not a simple task; they were many and they were merciless. In the end, only six countries were left among the dozens. Desperate for a victory, the mages of Havaar united to destroy the demon-kin. Their success came at a heavy price, and the scarred land begun to rot. Salvation came in the form of the Monuments, seven pillars that held the remaining essences of the land in place. Seven of the world's strongest mages sacrificed their lives to create these life-saving relics. Slowly, the land recovered, and people came to forget the demons that nearly destroyed them. One day, the Monument of Earth begins to act strangely, catapulting the surrounding area into chaos...

Bio: A laid-back guy with a mischveious streak, Malcom is a big prankster with a carefree lifestlye. Though his lax nature may make him seem irresponsible and childish, he is very reliable. He has a major crush on Jasmine, but he can't seem to win her attentions...

Bio: A rather dour man who can't seem to lighten up, Ian is a childhood friend of Malcom. He is serious to a fault and a bit overprotective of his sister, Jasmine.

Bio: Jasmine is a sweet girl with a shocking temper. Her greatest ambition is to become an alchemist, but Ian has a hard time with letting her leave to become an apprentice. She continually sneaks out of town, only to get caught
time and time again. Her recent illness has left her bedridden though...

Hometown: ???
An enigmatic elf with an energetic, outgoing nature. She seems very much clueless about human life and is extremely curious when it comes to them.

All graphics, sprites, and scripts are default RTP or generator made. (Except Jasmine's bed-pose, a few of Peter's face-graphics, and Rin's neutral face. I just did some very simple edits.)

This game will include classic RPG-style puzzles, mini-quests, mazes, and more! All done WITHOUT custom scripting! The main goal I have is to prove that RTP and default scripts does not equal bad game!

Close
09/20/2013 01:21 PM
Does anyone know why IE refuses to d/l this webpage? Plus Avast once again warns this is a potentially dangerous d/l. I can bypass Avast but still dont get the IE part.I know others have d/l apparently without this problem. Is it my computer?
Subzero_Dragon 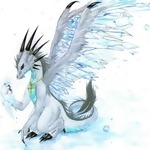 Close
09/20/2013 04:13 PM
I bypassed Avast so it works...at least for now.
I understand a healing from the nun but what does a blessing do?
I have to admit I do not like the forest. It seems too meandering and too many paths to take and all the while battling...and getting poisoned a lot. The description of items dont always really tell you what they do.
Malcolm was supped to get dressed in the beginning but all I found was his weapon...is he supposed to be naked until finding/buying armor? I checked everywhere.
Subzero_Dragon

Close
09/20/2013 06:02 PM
It was supposed to explain that a blessing can heal an unconscious person for free.i 'm not sure why it skipped that. I retested the forest and I agree. I'll shorten it a bit and add a puzzle. The naked glitch is a weird one. I never saw that happen in my bug test. I'll get that fixed tomorrow.
Roy
265

Close
09/20/2013 06:13 PM
Thanks, brother. I enjoy what Ive played so far.
About the forest....wouldnt it be easier just to put up a map in your game images instead? I tried the area at the top where all the vines are just to see again if I could get somewhere. I swear there must be a vine missing or so cleverly hidden.
Anyway, looking for whatever you do tomorrow.
Aurora_Paradox
0

Close
04/12/2014 04:35 AM
Eeep! Sorry about the super-long delays, folks. Personal issues got in the way of development. This project is not dead yet! Expect a new update within the week!
Subzero_Dragon

author=fharden
I can't get off the mountain after defeating the org.


I have no idea how I overlooked this glitch. A fix is now available.
Subzero_Dragon

Close
07/16/2014 03:40 AM
A new version is now available! Make sure to test out the new demon-summoning system! It'll become a major game-focus later and I need to make sure it's bug-proof.
Subzero_Dragon

Close
07/16/2014 03:40 AM
A new version is now available! Make sure to test out the new demon-summoning system! It'll become a major game-focus later and I need to make sure it's bug-proof.
bicfarmer

Close
02/23/2018 02:25 AM
Basic demo. Probably a first game. A large portion of the demo had me stuck with a reduced running speed for some reason. Difficulty is alright, if you get lucky your rocks can paralyze enemies, like I did with the first boss. Most of the random encounters are probably not worth the time, I ran from them. Some chests appear to be impossible to get to? Probably not worth it either, most of the chests only had food. Luckily the bats drop food too, otherwise it might be a challenge to get thru the game. There are no shops till the end and the (hidden) free heal is at about halfway into the demo. Running from encounters might be the best strategy here. There is a story too but it's a demo, I didnt get much explanation for the plot.
Pages: 1