3 reviews
Save to Dropbox
Part of the RPG Maker Classics Archive: an initiative to upload classic RM games so they are not forgotten.

Developed by: Flare
Date of Release: 2001

Romancing Walker is a romantic RPG that follows the story of Ryle, a young man looking for his purpose. Leaving on a journey of self-discovery, Ryle eventually uncovers not only the secret of his past, but one of world-shattering importance. Joining Ryle in his travels are a bevy of lovely ladies who he may choose to romance and bond with through interactions within the story.

Romancing Walker was made in rm2k and utilizes hand-drawn anime sequences in battle, as well as pictures during important cut-scenes. The biggest draw of the game, however, is the dating simulation which allows you to bond with the other party members. The choices you make during certain scenes will either draw them closer or push them away.

While the game does suffer from 'Engrish' and bad grammar in some parts, it is considered a classic and one of the few games of its time that is complete, with a decent epic tale, interesting characters and interaction between your party. Add in the back-then great graphics in and out of battle and you have a game that is well-remembered as one of the best.

Town and area names pop up.

Close
10/27/2014 03:37 AM
It must be something to do with your computer, sadly, though I'm not sure what. I wonder if a google search will find the answer for you. You'd think someone would have had the same issue before, so maybe...?

Thanks for the help nonetheless!!
eplipswich

author=risencain
Question!
I can start the game and everything, but I can't do anything but hit the "Alt" key as a select. I can't move the selection bar either. When I get into the game, again I can't move. The only thing I can do is hit the X, C, V, B, or N keys which opens/closes the pause menu. I am unable to select anything--I can only open and close it.

Is this a problem with the key bindings or is it something to do with the OS or something else entirely?

Close
10/29/2014 04:11 AM
That actually did help! The keys work fine now...but the graphics (the text) dropped in quality to essentially unreadable. 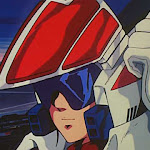 So I'm about right before we head back to Lavas Town after meeting those fortune teller guys. I've been going after all the girls, and only now do I realize I want to pursue Fina, which is a problem, because Fina's attraction is 34, and Hayami's is 39, and I already had the first romantic scene with Hayami, and the next one is in the upcoming cutscene, and I want to get Fina in the cutscene. I've obtained 3 love potions thus far (used em all) and I want to know if either:

1: if there is any more love potions. If you do know, please list all of them, and their locations since I can't seem to remember where I got the first 3.
or
2: If it is possible to just grind a party of just Ryle and Fina, and get her attraction up. It does say that's how it works, buuut I've been grinding senselessly with no luck.

I mean I could open the game in Rm2k, but what's the fun in that? plus I would need to install it again.

Close
12/07/2014 06:52 AM
@SP15 – There’s another way to get a TON of Love Potion #9’s and that’s after you give the guy in the red (the white haired guy that hangs out at the bars / INN’s who kinda looks like Auron from FFX) a certain amount of Victory Points. Once you've given him enough and have acquired all the items / etc. that he gives you, you’ll now be able to trade your Victory Points for some pretty nice valuable equipment and items, including Love Potion #9’s.

If you’re already up to the point where you’re supposed to visit those fortune tellers, you should have already collected a whole bunch of them by now. During my last playthrough of the game, I already had plenty of them by the time I reached this point, so you should have plenty yourself.

Is it possible to just grind a party of just Ryle and Fina, and get her attraction up. It does say that's how it works, buuut I've been grinding senselessly with no luck.

It is, but it definitely has a bit of a random factor to it that it’s ultimately a lot more easier to just go the Love Potion #9 / taking Fina everywhere you go from now on route.

And whaddya mean, “one of the most unknown games of all time?” Freakin’ hell, this game is a god damn legend around here. There are a lot of people around here that would consider this one of their favorite RM games of all time, like Liberty and myself. Maybe it’s just a sign of the times…

BTW, how are you enjoying the game thus far? I’m imagining that you must be getting pretty close to the end of it.

You plan on maybe submitting a review for it once you're done? This game could use some more love in the reviews department.
HelljmprRookie 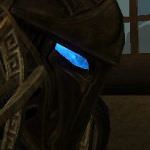 Close
02/08/2015 03:27 AM
Truly an unforgettable gem, I loved it so much and while it didn't make me cry a river like one certain part of Demon Legacy did, it still was very beautiful, even with the grammar mistakes. If I knew how i'd offer to make fixes to the grammar mistakes, just easier said than done of course. ^^; I'm usually a grammar-holic so i'd love to correct all those errors, just a matter of figuring out how to do so is all. ^^;
Ashriel

Close
02/09/2015 06:31 AM
Cannot open the .rar file and download.. any advice, suggestions? Such help would be appreciated -- looking forward to play this game.
Liberty

Close
02/09/2015 06:38 AM
You should download winzip/winrar/7zip <- one of those programs so you can unzip the file when it finishes downloading.
Ashriel

Close
02/14/2015 03:03 AM
Mhmm! At first I was discouraged because I already tried using 7zip to no avail; I gave it a go with winzip and the files were downloaded without fail. Thank you for like being the person who helps people out -- it takes up some of your free time yet you've answered a bit of other's questions regardless. That's really kind of you! I've ran into another problem sadly, after I clicked on the application button: a popup of sorts says "Harmony.dll not found" I'm sorry for troubling you with probably simple matters, but can you help me once more?
Liberty

author=Liberty
http://rpgmaker.net/engines/rm2k3/utilities/74/Just download this .dll and put it in the folder of the game (where the save files and maps and exe to play the game are located). If an RPG Maker 2000 or RPG Maker 2003 game asks for Harmony.dll, just put this file in their folder and it should work!

Yep, that did the trick! Thank you very much again Liberty~! :D
Animebryan

Close
02/26/2015 11:15 PM
Do you have the RTP installed? Because that's the name of the system set in the RTP. If you do, then you might want to use another version that has Royal as one of the names for a system set. You'll know you have the right RTP with that.
Zelifano
0

Close
03/15/2015 11:43 AM
Help me! I'm stuck in the astral realm, I can't understand what to do! After walking around, I arrived into a four-ways fork, where two ways are connected, one has a portal that takes me back to where I was, and the last is useless... what do I have to do?!

Oh, by the way, when I use Kugah Tenha, the game shuts down
Marrend