0 reviews
Save to Dropbox
*Knock* *Knock*
Rance: So noisy... Go away, go away. I'm not home.
Sill Plain: Do you want me to answer the door, master Rance?
Rance: Ignore it. If we ignore it, they'll just go away.
Sill Plain: Master Rance, maybe it's the debt collector. We shouldn't ignore him.
Rance: If it's a debt collector right when were about to eat, i'll kill him.
Sill Plain: Ohh, too late... He's gone.
Rance: (That reminds me, l've reached the end of the money l earned in the my quests. It's because l played around without working for a while.)
Sill Plain: Master Rance, are you going to Mr. Keith and get work today? We won't be able to make a living anymore soon.
Rance: We can just sell some of the furniture lying around there again.
Sill Plain: But we sold everything that is valuable already...
Rance: Shut up. Money this, money that. Stop being so cheap.

With Rance new quest being sent away to the Helman border to stop some bandits, something happened that will change their lives forever.

Mostly focused on combat, Rance - The Brutal Legend will keep you on the edge with enemies using skills similar to a boss fight.

-No redundant walking around, the game get straight to you through a visual novel/combat hybrid gameplay.


-Smooth transition going from the main menu to any stage you unlocked. Repeat previous stage to gain more experience or clear achievements.


-Unique battle system which makes all characters use the same Action Points to do their skills.


-During the battle you are able to see what skills the enemies will do next before they do it.


-Threat system that makes the enemy target the character with the most Threat Points(TP).


-Achievement system that allow you to unlock more equipment when done.


-Equipment giving you a specific skill with multiple uses for each fight. The equipment you receive at the beginning and when unlocking is randomly generated.


-Skill learning system which boosts each of the characters 2 main skills using experience from defeating enemies.


Credits in the game .txt

author=nurvuss
Is it porny? Rance is pretty porny!

There is no H-scene unlike on the original games, otherwise I couldn't post it here or on the workshop.
Max McGee

1.2 It's a series of tactical H-games.
Deathspark

Close
03/29/2015 02:49 PM
First off, this isn't the super long epic RPG kind of game. This is a very short but painful game. Of course, if you set it to casual, maybe it won't destroy you but since I'm playing on hard mode, it's destroying me, a lot! D: It's hard mode, I'm not surprised if it's meant to kick me in the arsenal! The game provides you a wide array of equipment at the very beginning so all you have to do is think.

You are not supposed to grind, get strong and be level dependent. In fact, this game will test your skills in RPG. Yes, no grinding and crying over the same ol repetitive boring walk left and right hitting the enter button like a moron to get EXP. You are dealing with a game where your mind must be active while playing. You can't screw around at all. You have to seriously give all the attention on what's going on because if you don't, you'll get killed easily.

The best part of the game is each time a new battle starts, your HP and MP recovers instantly. That's good as it reminds me of Final Fantasy 13 where I don't have to keep healing my characters every damn time. Its convenient and I felt that it's necessary. You can't exploit the game too because you can never buy potions and spam them to death. You are limited to no potions and no revives. That is an extremely gruesome torture.

Most RPGs, you would at least have a Raise skill that brings a downed character back to the fight with at least 1HP. This game? Nope, forget it, you die, YOU DIE!!! Seriously, both characters you use in the game are seriously dependent. The moment one falls, you might as well shut it down and restart unless it's not a boss fight. It's pretty much equivalent to playing Dark Souls but in RPG form. It may even make Dark Souls look easy really. This game will test your patience, if you are on hard mode. I don't know for casual but on hard more, it's quite a Gatling gun of "Screw you!" bullets shot to your face.

The story is quite short, so don't expect much from it. In addition, this is just a prequel, so I didn't expect a very long novel like story anyway. You have this son of a bitch character called Rance and the poor slave called Sill and yes this game throw insults too. I swear to god if this game was actually released for the PS3 or some kind of other huge title, women are going to sue this game for women abuse! D: But whatever, this game isn't some kind of AAA grade game or something.

Gameplay wise, it's just like Final Fantasy. ATB Bar, wait attack and yeah you get what I mean. It's the typical combat style so I wasn't too lost in it. There's nothing much to say here. Graphics are fine, I don't see too many weird stuff happening really. There are a few notable glitches, but they don't destroy the game, like instantly crashing it so I'm 100% fine with this. There was that one glitch where I did not activate the battle between Sill and the Black Lotus. That could be a game breaking glitch.

Overall, I find this game fun and painful at the same time. Sure it's bloody hard, but it's not F@$# you hard. It's doable and that's enough for me to enjoy it. I was playing on hard mode, so I can't say the game is too hard due to the fact that there is casual mode.

This game gets a 9/10 from me. It's a good tactical and strategy game that requires your brain than your time. If you are interested in the story, just hit casual mode. If you are some sick hardcore maniac who is up for the challenge, play the hard or tactical mode. You can watch my Let's Plays as a guide or strategy if you keep losing :3

They are in livestreams 3 & 4
raikenjenova

27/04/2015
defeating 2 first enemy on hardmode is really a pain in the butt x_x
tried about 16 times with 16 elemental and class combos and finally I can kill both of them... yet.
shayoko

random thoughts
Show
rance is a pretty scum bag character tho that goes w/o saying.but im tired of white knights
so i will see where this goes

memory cards? are you kidding me!? unpleasant!

the crafting systems looks simplified (which is great) yet has a astounding collection!

yup starving a slave and tedious battles im done. i am interested in playing a villain but rance is just...

General
Show
i am not able to finish this game,i prefer good stories and characters and for me this has neither (well maybe anyone besides the main guy)
and the battles for me are tedious wish could just skip them.
you have a good amount of ability's but thanks to all of them having warm ups to use
you pretty much do the same thing every battle.

the bright side is at some point you get some choices which add a pleasant note to the game. theres also the crazy alchemy or w/e its called which allows you to create stuff by combining! :D

Overall
i did not enjoy this very much and don't know what type of player would enjoy this.
i never played the original so i cant say much for fans.

Edit
if someone does a full lp of this i might check it out,let me know :3
raikenjenova

First off. Sorry for the delay or the raging while playing this... (well, deserved to be raging tho x_x) due to the hardcore strategy and stuff. So, here's my report :

Graphics : 8/10
With the cool animations and effects, it makes the graphics look less blocky like the other RM series does. But some reason I feel something's amiss from the cutscenes, next to the thing that I played. Was that because the terrain's inside the cave? Maybe.

Sound : 9/10
The music! That's what makes it awesome while we're doing battles! (Especially my favourite one : Lazy Sound Life - Combat), feel raging that much while I was defeated many times at the battle, with the 'raging feel' of the music XD
But, I feel the empty bgm map should be fill with something, silent, yet inviting some kind of "huge presence will be approached" ambient.

Gameplay : .../10
Seriously, I... If we're talking about gameplay...
Fine! I will spill it out! The gameplay's really, really challenging yet terrible. Challenging? Indeed! Fight when you keep your aggro, health, mp, and many things to see at same time! And terrible!? Well, we all know why it's terrible :p but not what the regular 'terrible' at all xD I think the 'terrible' gameplay that's make it worth XD/ After all, it's hardcore!
Oh, and I just noticed. If you suit your hero with RIGHT equipment, stats, jewel... etc, you can beat the game easily than you think!

And what I've been expected is, this game. I would like to see some more series of the hardcore battle of the game again someday :D Because you know, for me, what's fun of the most RPG game is about concentrate and stuff. BUT, yeah, BUT. I can't focus on recording next time XD so I will just do another silent videos about it :p see how serious I getting into, and see how pissed I was being defeated many times like that!

Well, good job fisherolol! XD I mean it! Expecting another hardcore games next time! :D
And oh, be nice to your new hero, Sill. >_>/ I mean it. muahahaha.
(I hope I am the first one that beat the game with -> Sill <- ) >:P (even it's just luck XD)
lolshtar

Close
07/16/2016 05:03 PM
Is there a difference between World's End Prologue and Brutal Legend? Do I need to play one before the other?
lolshtar

V1.13 will be released with an appropriate challenge once my playthrough is over.

Next parts will come out soon.
lolshtar

Close
08/02/2016 04:29 PM
Since no one has completed the challenge yet and no new content has been finished yet, l will extend the reward to August 10.
aebabavuna
0

Close
09/24/2016 02:09 PM
heloo why it isnt working idownaleded the enginee
downald the game and send error and dont send as usualll im usign 286 i hate people to take advantage of me
Roninator2 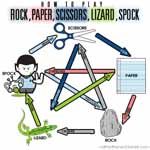 I would recommend to type what you want to say into google translate. Then we might be able to understand your sentence.
lolshtar

Close
10/17/2016 03:41 AM
I will drop the new challenge along with the new patch tomorrow if everything is smooth. I still have to test some more balance in the third stage and make sure all skills works in all situations l can see. 1.21 will also fix a few bugs that I didn't managed to fix in 1.20.
Omnion
0

author=Omnion
is there a adult version of this?

Not for now. I don't see it coming either with the artistic resources l have.
Omnion
0