0 reviews
Save to Dropbox
Punkitt made a lot of concept art for Hollow Project, and it...doesn't exactly belong in images, so we've made a page for it! Here you'll find early concepts for characters, scrapped enemies, and other such things.

Our enemy making process tends to be Gourdy, Bart and Frogge yelling out random words while Punky draws whichever one catchs his interest. It's pretty scientific!

Here are some notable enemies~ Careful opening them - they're kinda big.

This is the Cold Kitty! It's a mix between a refrigerator and cat. Y-you probably got the joke already though!
Show 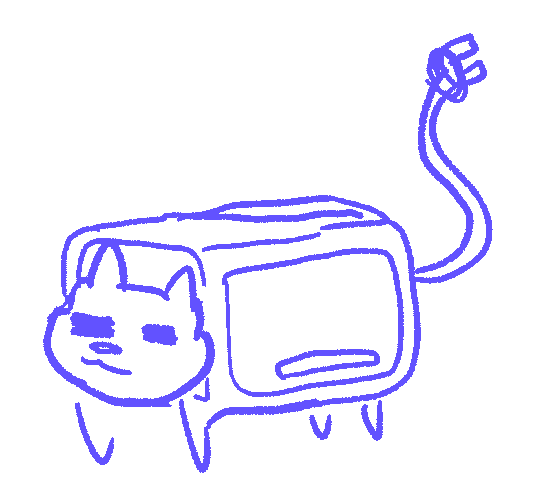 Not sure if we're ever going to use this one, but it was certainly doodled. This is the Carrot Knife and what it lacks in charm it makes up for in being a carrot. As well as a knife. ^.^
Show 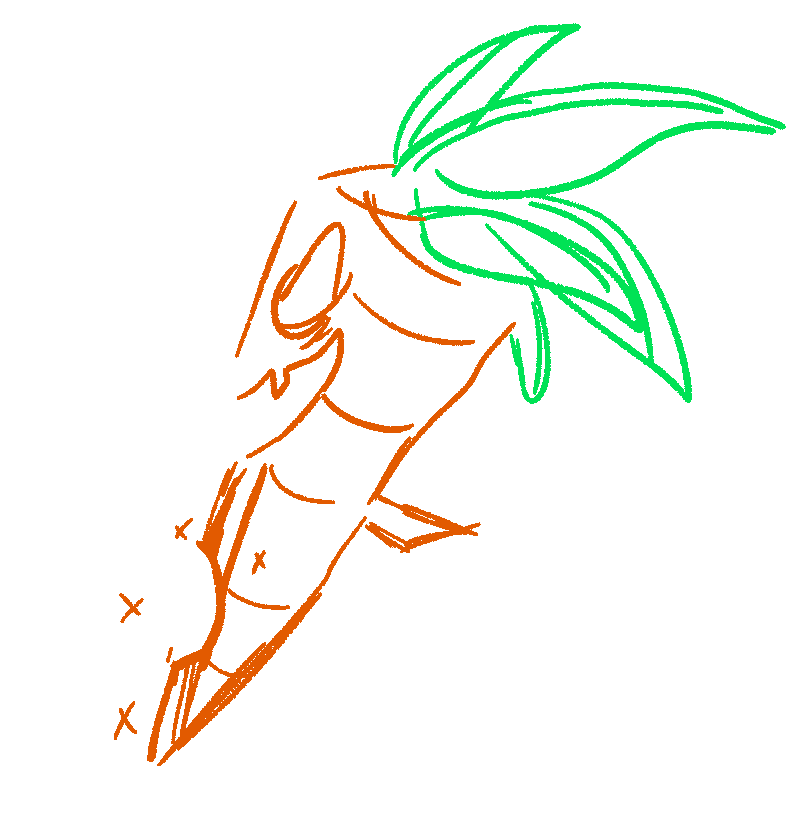 This one is super cute upon first glance, but kinda morbid if you think about it too long. That's right, it's the Phantom Bear! I wonder how it came to be deceased. ;w; Poor buddy, at least he seems to be enjoying his after life.
Show 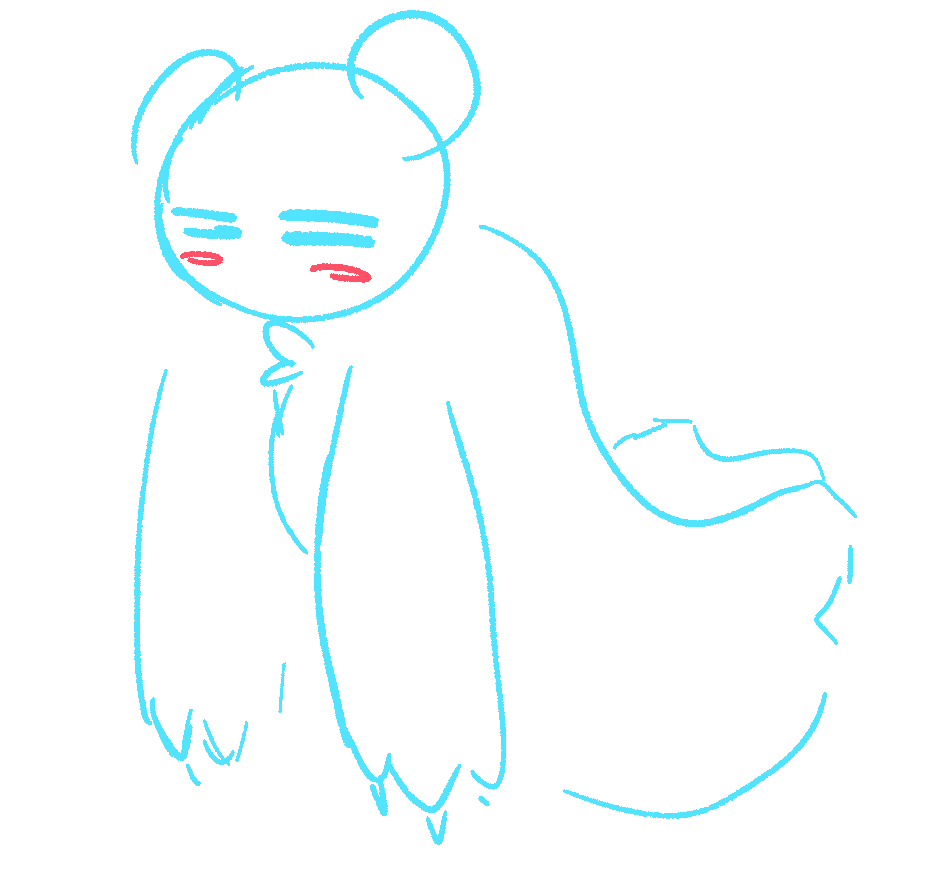 This one is a bit of a mystery... He's pretty intimidating. >.<
Show 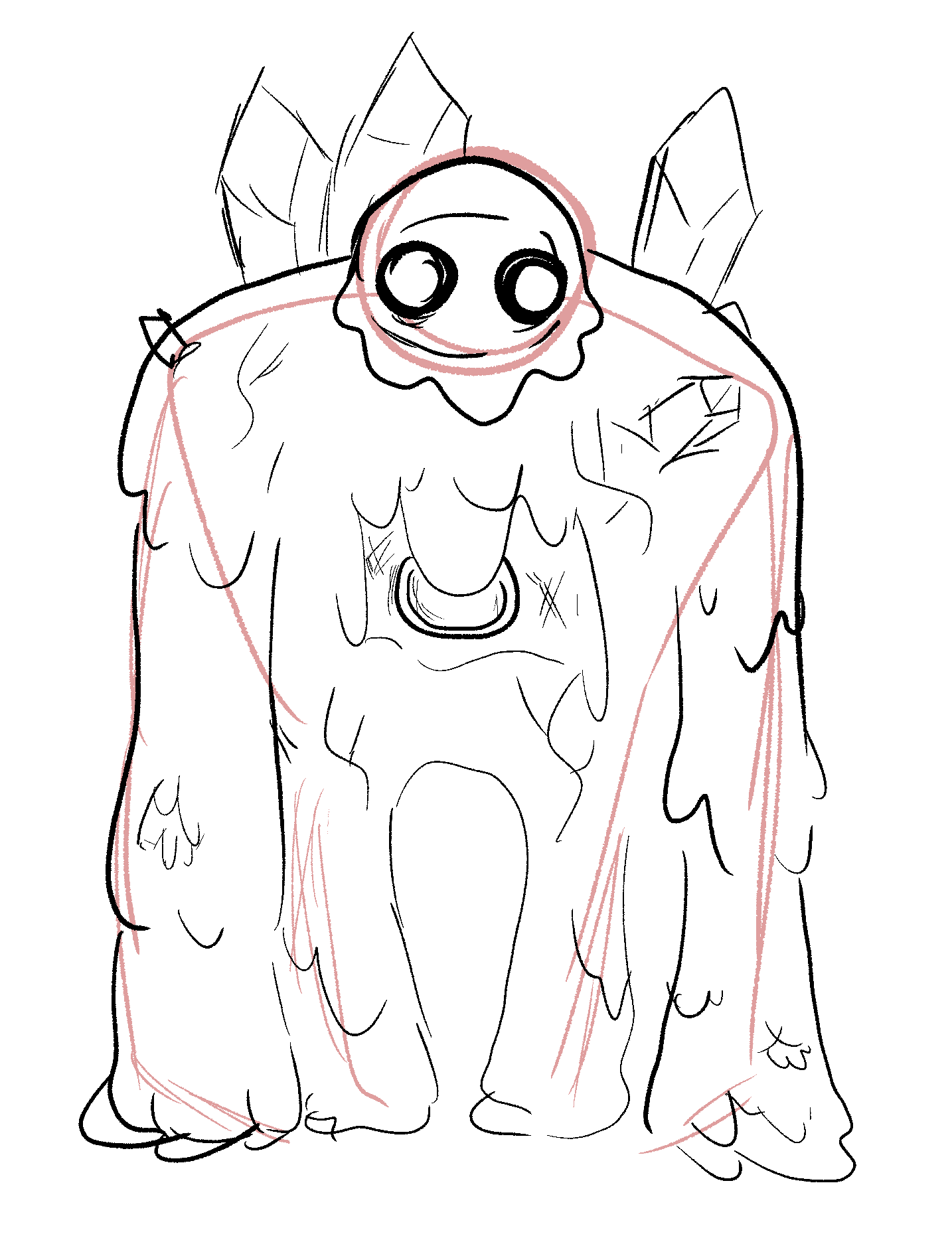 This was the first piece of concept art we made. It's also a pretty closeup look of HP and Dab's designs.
Show 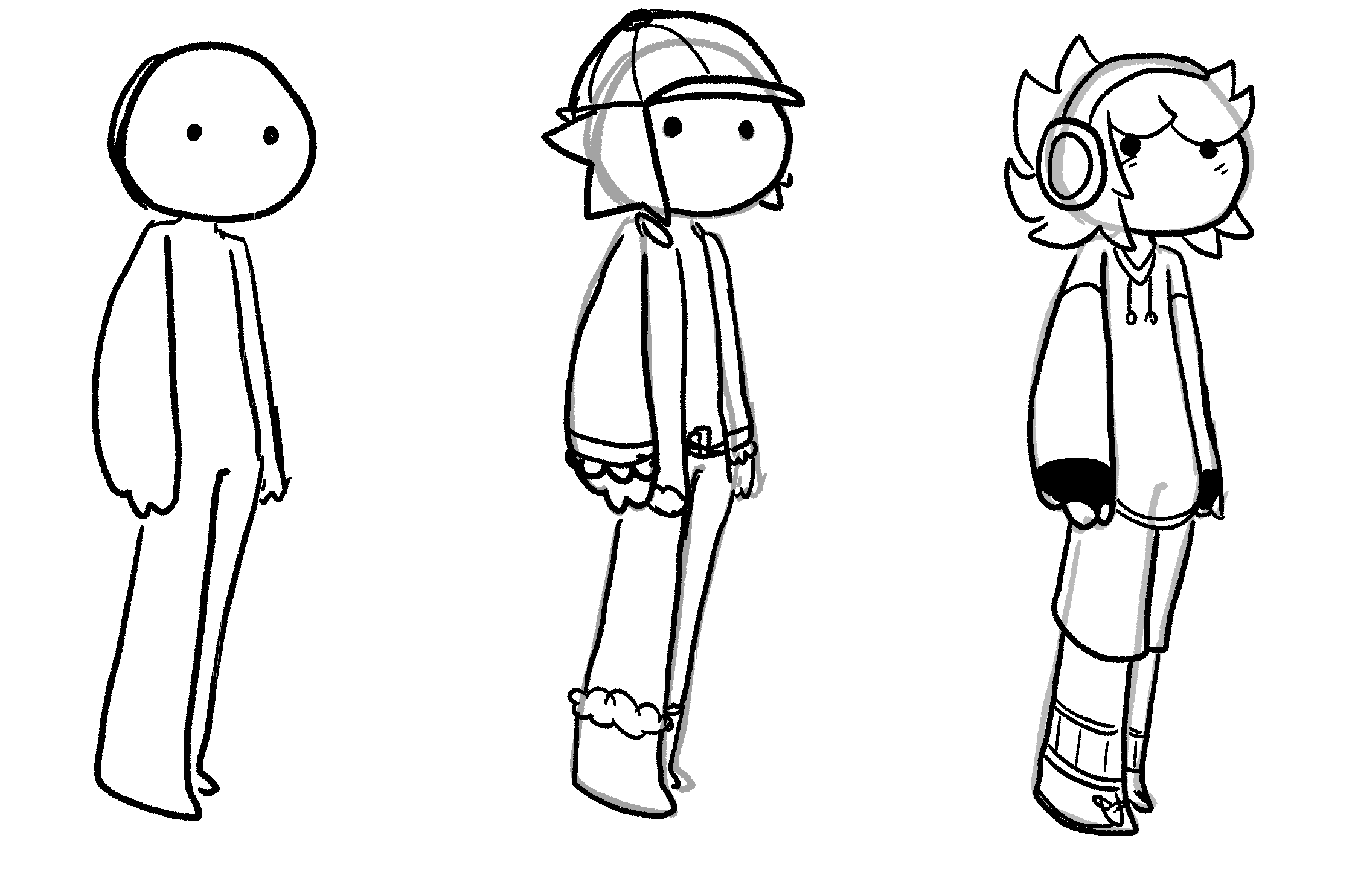 Dab's weapon is the bat and he certainly likes to show it off. That's just what the next two pictures do~
Show 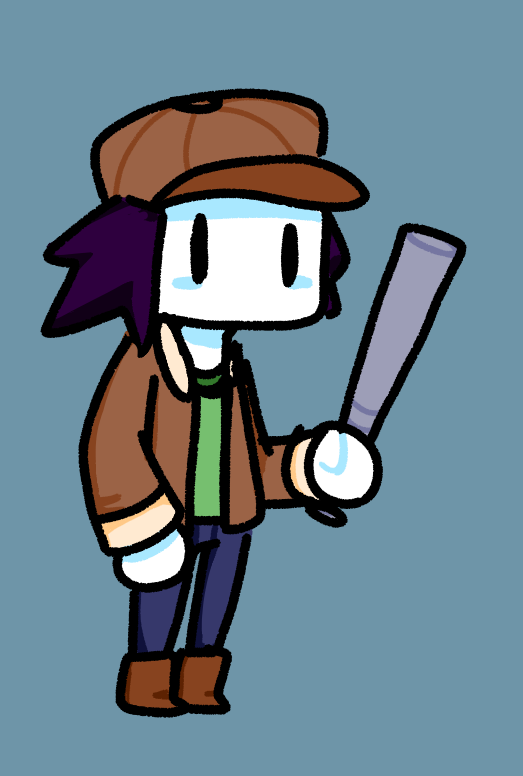 If there's something dab likes more than his bat and being sarcastic, it's dabbing!
Show 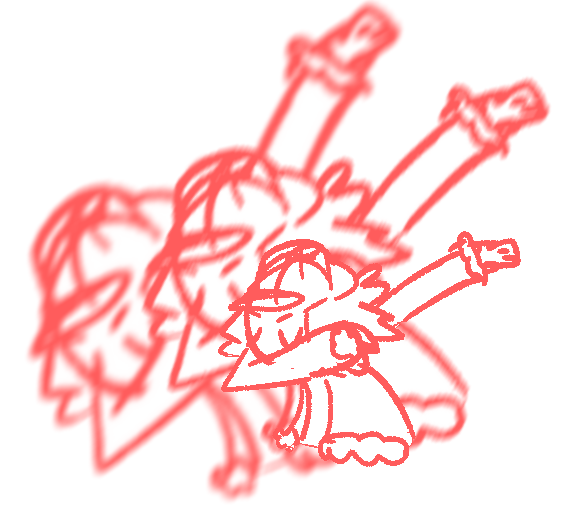 Dab is not pleased.
Show 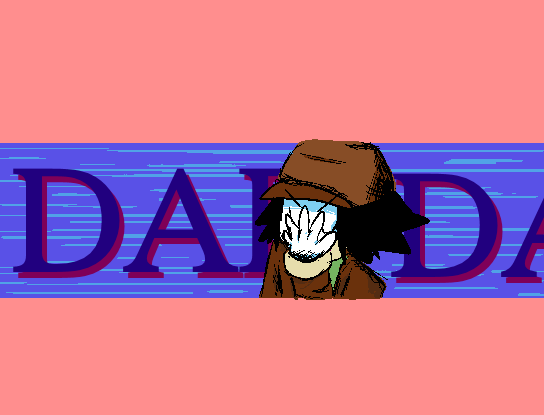 Ironically, despite Headphones being the protagonist of the game, we have more concept art of Headphones and Dab together than we do of just Headphones or just Dab alone. Teamwork is where it's at!
Show 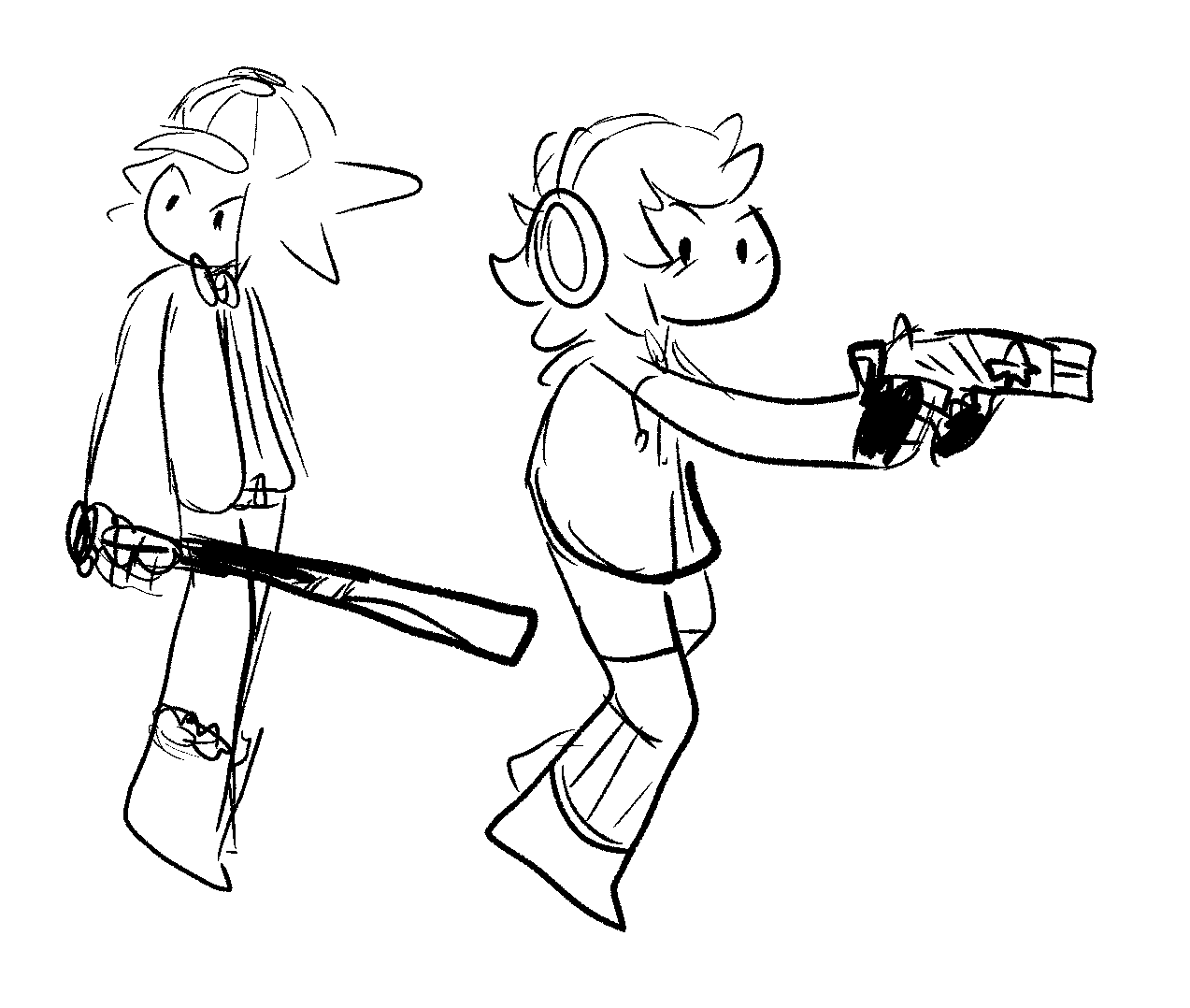 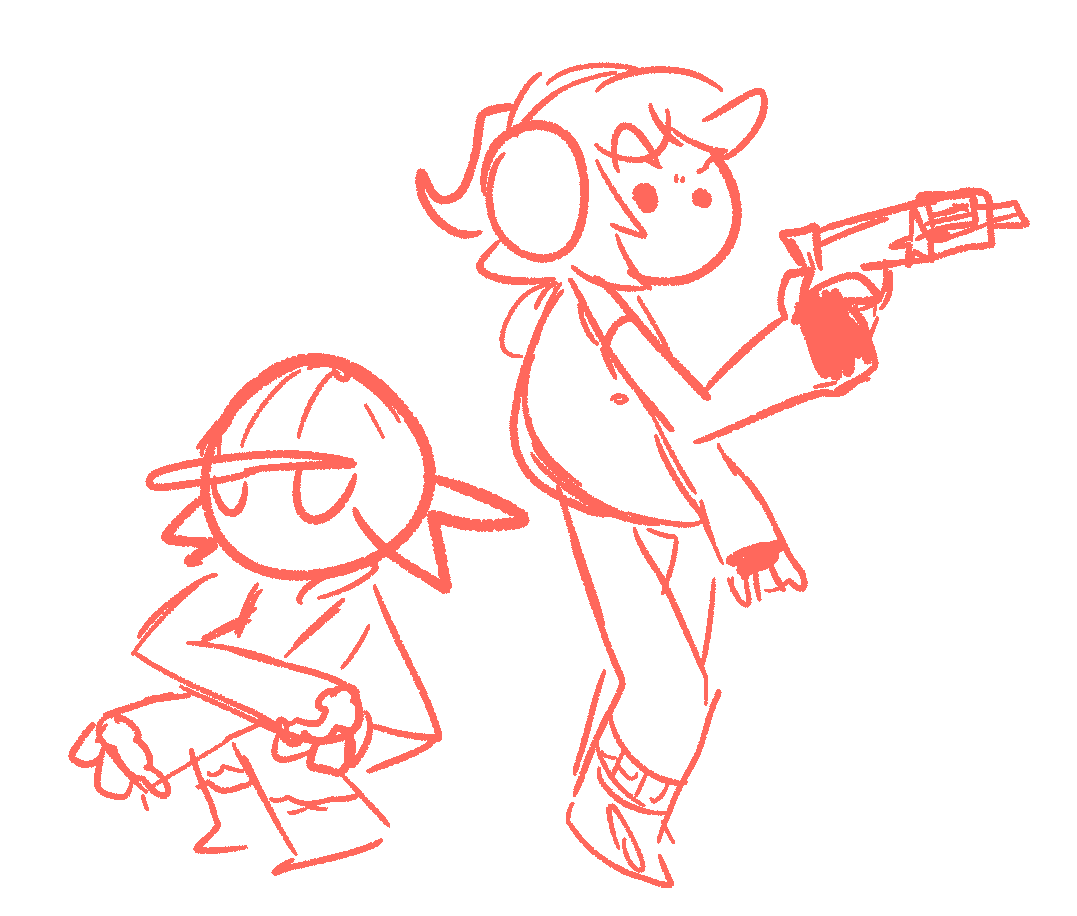 This piece of art was made before we figured out who would have what weapon. You can see Dab and Headphones both wielding guns here. (And kicking some cube tail of course!)
Show 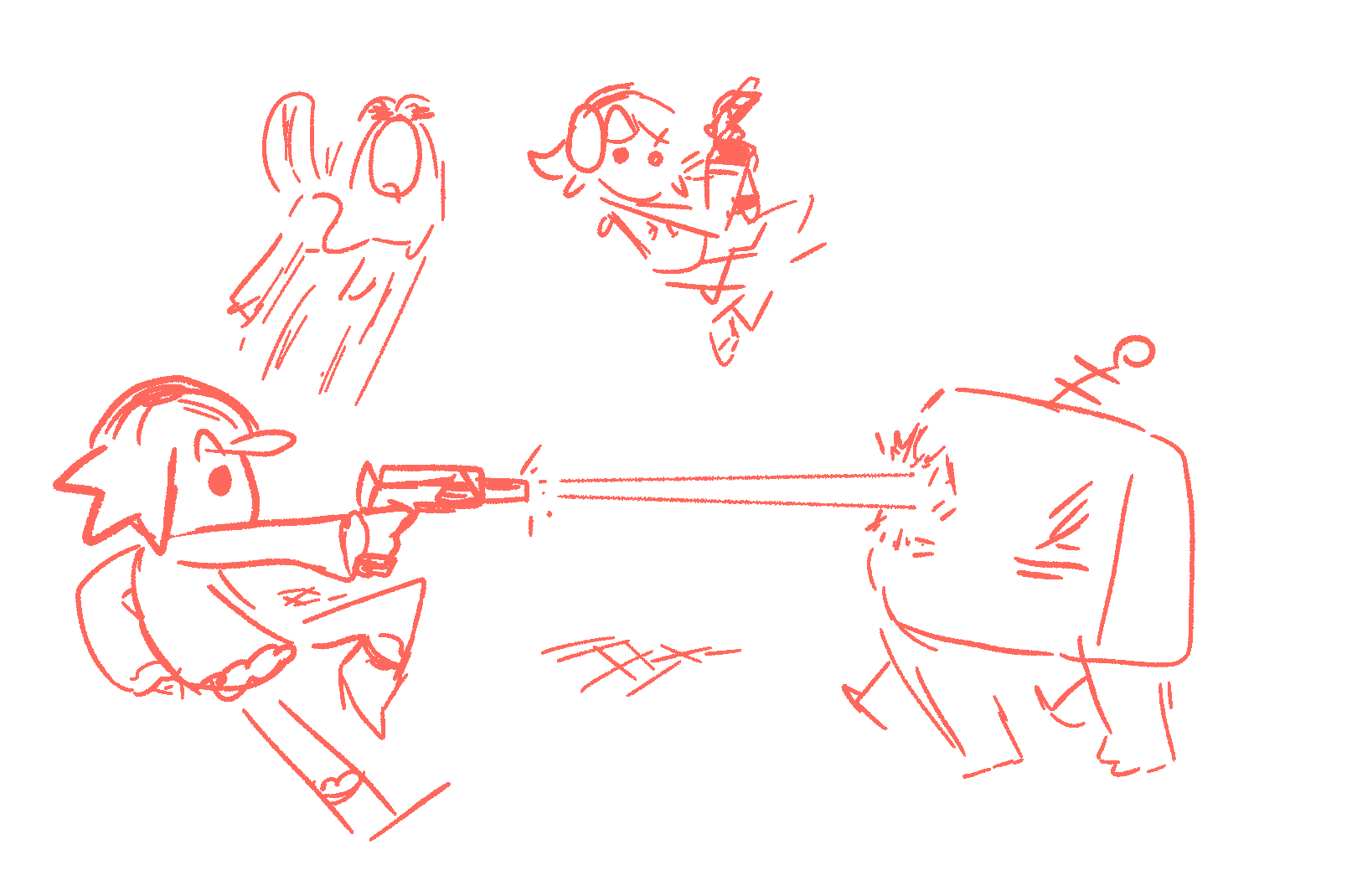 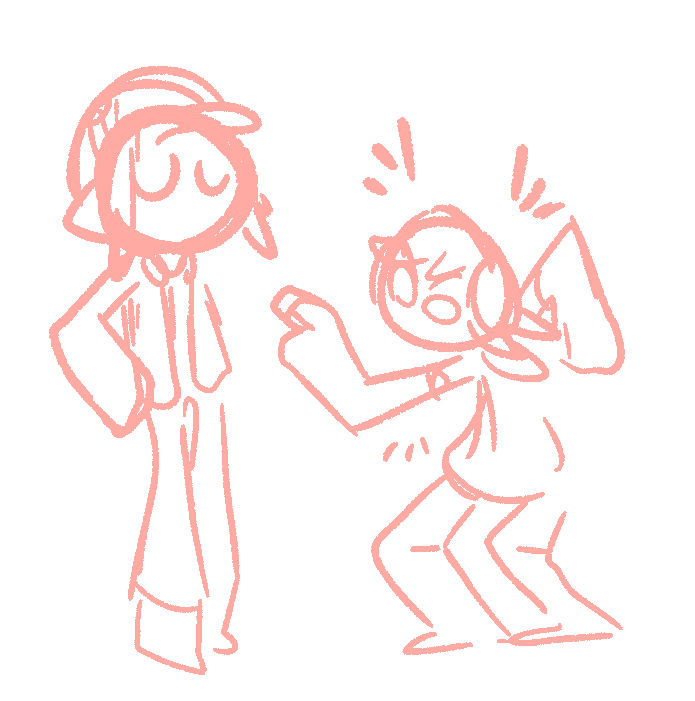 We have... a lot of Meek art. She's just too cute not to draw!
Show

Meek absolutely adores goats and it looks like she's making off with one right now!
Show 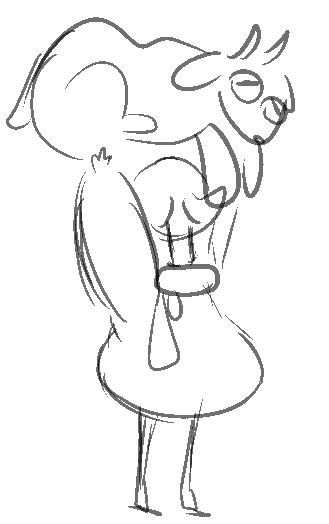 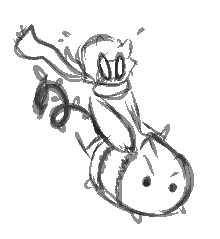 AND SO MEEK COMMANDS HER ARMY OF GOATS TO DESTROY THE INFIDELS MUWAHAHAHA This is not in the game... not yet at least...
Show

This is the shop of the game. Goatmerch was a spur of the moment idea, but he's a pretty good one. I mean, look at that top hat! Meek certainly approves.
Show 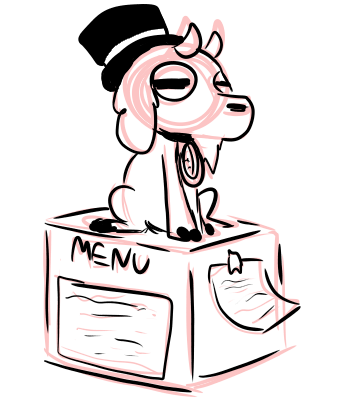 toiling away in the makerscore mines
2713