RPG maker XP had a nice feature where you could pick individual frames from a sprite sheet as part of a move route command.

This script lets you do the same thing using script calls

You can also use the script calls in a custom move route for an event that has continuous animation, where the three frames of "stepping" motion are not enough.

The flag in the sample is done in much the same way as a door or chest. Display a sequence of frames with a short wait in between. 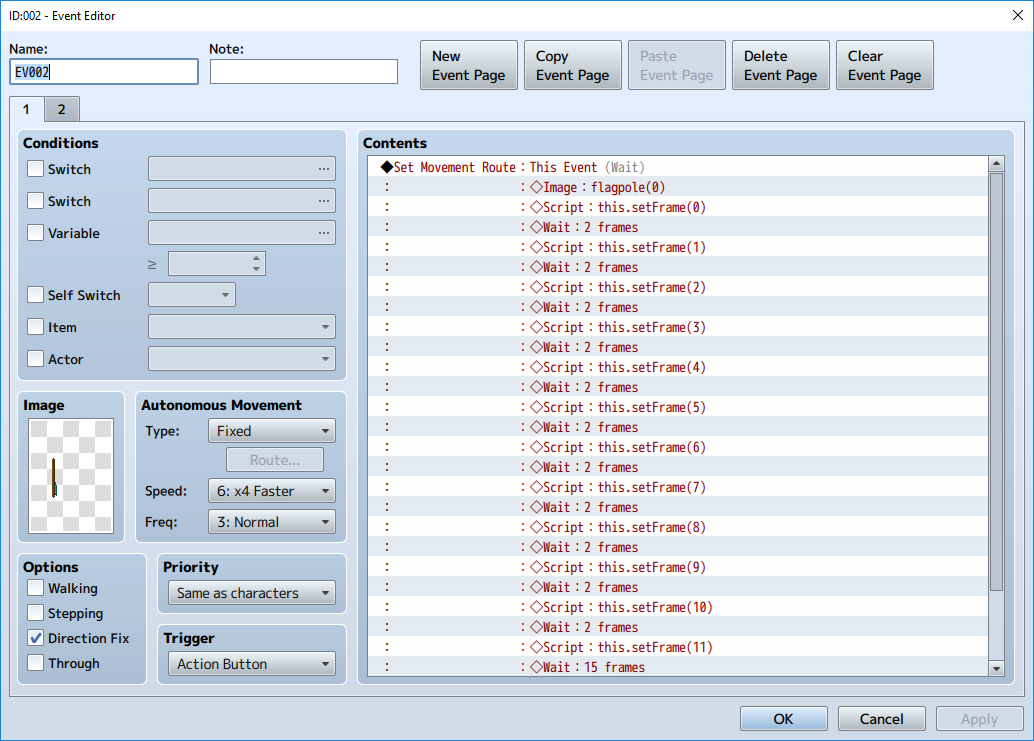