A CASE FOR RPG MAKER

This article comes in response to a few comments one may come across when wondering around some game developpment forums. Outside of those that use the engine, the general opinion within the game developping community and the gaming community in general regarding the RPG Makers is not exactly positive. Indeed, a lot of people are of the opinion that using an RPG Maker to make your game is an easy way out, has no merit, and that the games produced are of an infirior quality to those made with other tools. This article hopes to make a cause for the engine, and perhaps persuade people to think twice before snobbing it's users and games.

First of all, some concessions. There is no denying that RPG Maker is easy. It is a lot of people's first step when discovering the world of game design. One consequence of this ease of use is a mass of games created by often very young designers with little experience, that have a tendency of being rather “thrown together”, or in a majority of cases unfinished. Before going on it is interesting to note the pedagogic possibilities that the engine thus opens up, but these aren't the kind of games or developpers we shall be studying throughout this article. We concede that there is a mountain of poor games that can be quite a chore to sift through, but this of course does not mean that every game posesses these characteristics.

There is also the question of RTP graphics. Most of the games we talked about above usually use the tilesets and sprites provided with RPG Maker. It is fair to state that the visual design capacaties of a developper can not really be judged when they use these graphics as there is no actual creation at play, nevertheless there is an agrument to be defended in layout design and all the aesthetic issues it may raise. However for now let us place games using these graphic sets under the “gameplay design experiments” section. It is also important to state that this article will take scientific view on the notion of good, interesting game design, that is to say we shall encourage progressive, modern game design over the reproduction of structures that have existed for years such as RPG, RTS, FPS, JRPG...

At this point let us compare what we have: Rpg Maker in one hand, and in the other, what we may call more “open” game engines such as Unreal Engine, Unity or Box2D... We have two systems that offer a specific set of tools to the developper. The first limitation that RPG Maker meets is that of a 2D grid system to which the developper is inevitably bound. RPG Maker is empirically the easiest to use, with the event system functioning in a very intuitive way, and the events that may be created can in theory match any algorithm created in another engine using C++ for example, all the syntax being present be it for conditions, loops, or objects. It can be argued that the ease of use and the frame in which the developper is forced to construct their game around lower the creative possibilities, but this is not actually the case: the program is presented and preset in a way that tends the user towards a traditional JRPG, however this system does not have to be fleshed out. Our first conclusion is thus that in RPG Maker, while indeed tied to a 2D grid system, the games made do not necessarily have to be exclusively 2D RPGs.

At this point we have to ask ourselves if both engines can do the same thing, why choose one that biases the developper towards a certain type of game when this type of game is not what we necesarrily want to make? Why bother with a system that constantly pushes you towards a certain game design logic? In fact would it not most certainly be easier to design a game in an engine where the developper creates their own biases from the start? This does seem logical, and if the developper knows C++, this would without a doubt be the right choice, however it is not for this reason that we must reject games that come from RPG Maker: when judging a game it is precisely the game that must be judged and not the developper's coding skills or the engine they used!

We thus suppose that games of equal value can possibly be produced within any engine. When it comes to tools that offer the expression of the developper's imagination, they are present in all cases. From a scientific standpoint, games that interest us are games that push the boundaries of what we consider gaming, and that explore new possibilities in game design. A very good recent of example of this is The Stanley Parable by Galactic Cafe. The developpers created a truly unique and memorable experience that questionned the very nature of “playing a game”. It is true that this is not to everybody's taste, but let us not forget that we are studying game design from a scientific angle.

This article does not however deny that there are few RPG Maker games that can be described this way. Yet it is true that there are also games that evoke this kind of progressive, forward-thinking game design. Indeed, RPG Maker, with it's intuitive design and it's ease of use, offers a very inviting environment for this kind of experimental research. It also means that game design is open to people that may not have necessarily developped coding skills, but still have a lot to offer the developping community be it merely in a concept or a certain game mechanic. The potential for jewels that would introduce revolutionary game mechanics is huge.

In La Pensée Sauvage, French anthropologist Claude Lévi-Strauss discussed the notion of “bricolage” when explaining the construction of subculture under the domination of mass culture. In short this illustrates how progressive, unconceived cultures are created by groups of individuals by taking what is handed to them by the dominant culture and transforming it's meaning. The gaming industry is undeniably under the clutch of a mass culture that favours a handful of game mechanics inducing clones of the same games over and over again. RPG Maker developpers have an unprecedented expressive opportunity to take this biased system, and bend it how they can to try and create something new. This is actually theoretically extreamy expressively stimulative.

We as RPG Maker developpers do however have a certain responsibility. Our engine of choice takes certain weigts of our backs when it comes to developpment, making it even more important to explore the possibilites of game design to it's outer boundaries. One condition of this is of course to break out of the RPG format that the engine presupposes, and tying to work new mechanics into our games around this system. The results that can be achieved are inevitably unexpected and invoke new ideas that can develop into very interesting concepts. Of course the majority of RPG Maker users use the engine as a tool for their hobby, simply taking pleasure in making a simple game. We would never take this pleasure away from anyone, but let it be know that for those that want to conceive, experiment and develop progressive and interesting games, RPG Maker is as good an option as any, if not more so.

Close
02/13/2016 09:13 PM
I totally agree with you: when judging a game, we must judge the game, not the tools to craft it. All engines have their pros/cons and require skill to develop with. Inevitably, by knowing the potential of the engine used, we estimate the developer skills and get biased by that estimation. So, yes, it takes some effort to judge the game bias-free.

author=kukenstragames
One condition of this is of course to break out of the RPG format that the engine presupposes, and tying to work new mechanics into our games around this system.


This is especially true for the menu-based combat system.
InfectionFiles

Close
02/15/2016 09:13 AM
You're totally right. One won't be a better game maker just because they use Unity, for example.
There's always horrid stuff made in all kinds of engines, so no game should be judged by the engine they were made in.

Also, as far as you know how to program (Ruby or Javascript in MV) you can pull really good stuff with RPG Maker! :D
Liberty

Close
02/15/2016 09:17 AM
Even without scripting you can make great games in RPG Maker. There's a shit ton of them already on the site.
Vaccaria 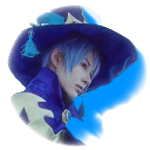 Close
02/17/2016 06:26 AM
You're right about that. It's not the tools you use but the art you make. Games are just like art and we perfect them no matter what. And I am still confused of why Pitch Black disgusts itself from the RTP Spirit.
Backwards_Cowboy

Close
02/22/2016 05:15 PM
I completely agree with the article. RPG Maker gets a bad name largely because the barrier to entry is so low compared to more advanced engines, and more garbage games get finished and released because the engine is so easy to use and the necessary resources are provided from the start, so even people who have no idea how to make a game can stumble through the process and end up with something, unlike the more advanced engines where if you don't know how to do something, it's not happening.
Irog

Your reasoning sounds very logical and I believe your conclusion is true. Do we have RMN statistics to confirm it? Like : average game score per engine
kukenstragames

Your reasoning sounds very logical and I believe your conclusion is true. Do we have RMN statistics to confirm it? Like : average game score per engine


This is a very interesting idea!
LightningLord2

Also, it takes away the sense of superiority from people who know how to program a game, but not how to make one.
Pages: 1