The FF Forum RPG has grown too big for one Forum Topic! 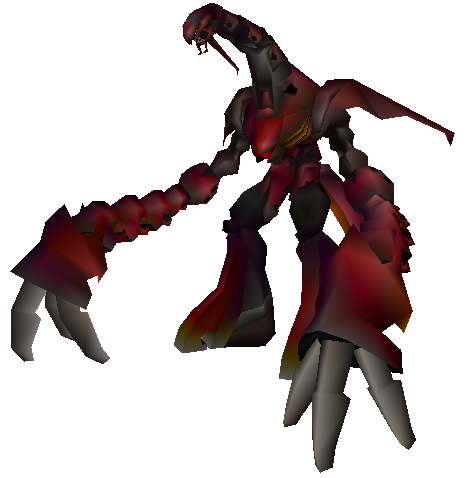 Locke
You hum and ha in the shadow of the colossus, and attempt to Steal! Well, you sure are the Master ThiefWorld's Best Treasure Hunter, aye?! The Ruby WEAPON is pretty far away at this point, however it happens to shove some tentacle fingers through the sand to trap you in the battle. You steal from them!
+1 Desert Rose! Only blooms once every 1000 years! What a prize! Maybe it's worth something somewhere!

Elements
Calling on your hidden ability to wield the Keyblade, a spark of light fires from your hand leaving behind a long metallic, black key-shaped sword!
+1 Keyblade!
+1 Oblivion Keychain!
Unlocked the Oblivion Keyblade!

Wielding this power in hand, you do not hesitate to unleash a normal attack by lunging forward!
->28 Damage to Ruby WEAPON! It's super effective!

EvilEagles
Drawing out the Darkside from within, you rip dark energy through the air towards Ruby!
->1 Damage to EvilEagles!
->16 Damage to Ruby WEAPON!

EvilEagles
Standing back, while Locke adheres to gravity towards the ground, you unleash the deadly chant. Focusing on the towering monster's head. Though it is perhaps twenty feet looming over you, your dark mastery of the shadow is accurate to a T.
"Power beyond the twilight and crimson blood that flows.
Buried in the stream of time is where your power grows.
I pledge myself to conquer all the foes who stand
against the mighty gift bestowed to my unworthy hand.
DARKSIDE".
The flowing of shadow energy blasts from your spirit, down through your sword, and crashes through the Ruby WEAPON's head, parts of the wave continue onwards on either side, slowly vanishing.
->1 Damage to EvilEagles!
->20 Damage to Ruby WEAPON!

Elements
Leaping in a twirling fashion, you leap from leg to leg, only to backhand attack the Ruby WEAPON's eyeball, knocking it clean out of the socket!
->30 Damage to Ruby WEAPON!

Ruby WEAPON
Infuriated, Ruby WEAPON begins to charge his chest gem, which itself is as tall as any of you. Clearly, it means to end this quickly as well...
It will attack next turn.

Use a phoenix down on Elements!
Liberty

Close
10/07/2012 09:47 PM
"This One is rather shocked by that One's, how you say? Unluck? This One will await details of a plan before rash actions dictate this One's choices."
Elements

You're not in combat right now! Technically!

Close
10/22/2012 08:24 AM
Uh, well, my plan is to resurrect the guy with the ultima weapon. You guys should probably continue to cripple Ruby's offense however you can, but, you knew that already. I figure any non-ultima-weapon attacks are PROBABLY not worth using, but that doesn't mean they're definitely not worth using, I guess. But given a choice between offense and defense, go with defense.

I'm not sure why EvilEagles hasn't taken a turn yet, two weeks later... is he dead?

Oh, yes, he's dead. He hasn't posted anything at all during that time. Neither has Elements. Huh. OK, that explains why this battle died. Dudesoft will have to convert them into NPCs or something.

I attempt to use ventriloquism to make it sound like EvilEagles is saying, "I stand in front of the fallen body of Elements and use Defend again!"
Liberty

This One will attack Ruby Weapon, aiming for the most vulnerable place One can reach.
Pages: first prev 12 last