I regretted being a playtester for this horror masterpiece.

*Warning Spoiler content below! I highly suggest you play this game once before reading this review*

*This review was originally made as a Secret Santa gift. However, certain area of the review has been changed to better reflect the current state of the game(21/3/2020)*
*This review is written by a playtester, is it biased? I try my best not to.*

Before the game begins, you are introduced to how faithful our protagonist is, Liwayway. Liwayway, a handmaiden of the goddess of light, Hanan. But what's more important is that Chaos(or darkness) has decided to make sure you will never see the dawn ever again. And to stop them, your goal is to light 7 lanterns while staying in one piece. Nothing fancy (but there are some nice art in it!), just enough to get you ready to be spooked(and killed). For those impatient to get spooked, you're also given the choice to skip the intro at the start of the game!
4/5

The gameplay of Sa Ilalim ng Gabi is simple, dodge enemies while running for your life to light the lanterns.
In order to dodge enemies, you switch between 3 different light modes.
But light isn't your only friends! The game also have hiding spots and multiple houses for you to hide.
But there are some problems, such as hiding spots not explained well enough for the players. Certain monsters can still hunt you despite staying in it.
-While not explained clearly, the tiktik stays outside waiting for you if you head indoors.
-The flying one instantly kills you despite having 3hp. Granted it's your fault as this is the easiest to dodge,
also an item that allows you to permanently remove it from every appearing again. So yeah, it's your fault really.

The gameplay excels at what it does, making sure you get just enough vision so players are forced to switch between different light modes. Especially the scout mode, being extremely useful in twilight(hard) difficulty so that players must plan their next move. 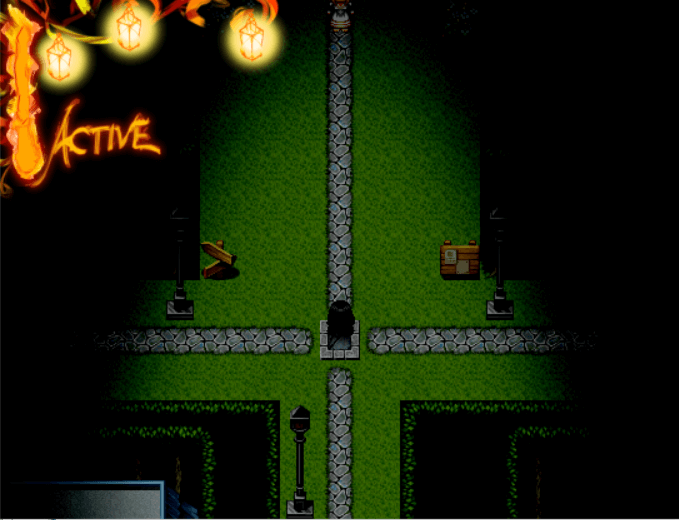 However during the final phase, certain light mode are almost useless as you're forced to go full bright mode to run from an instant death monster. And if you didn't kill a certain monster, which make things even worse since you are now force to switch lights while running from an instant death monster. The game also allows replayability as the 7 lanterns are not in static places, they change everytime you start a different new game. Which gives the player a fresh spook feeling they needed instead of "follow this route to win". The game also secretly encourage early exploration from players while punishing players who tend to skip stuff early in the game. So if you wanna win the game. Here's my advice, explore everything.
4.5/5

Sound are extremely, and if not, vital for many horror games.
And this game spent full effort for sound. Voice actors? Check. Monsters with different sound effect? Check. The dev has also nailed the spooks effect needed for a horror game while pacing it peacefully in peaceful areas, with different enemies having different footsteps, warning and sound effects to notify the players.
The good part? Oh boy do they tell you what to react when the sound effect plays.
The bad? You're forced to open audio unless you like dying.
4/5

While the game uses some rtp graphics(such as the map), the game has certainly tried their best to customize everything, from intro cutscene with drawings, to different death scene and different monsters sprites. 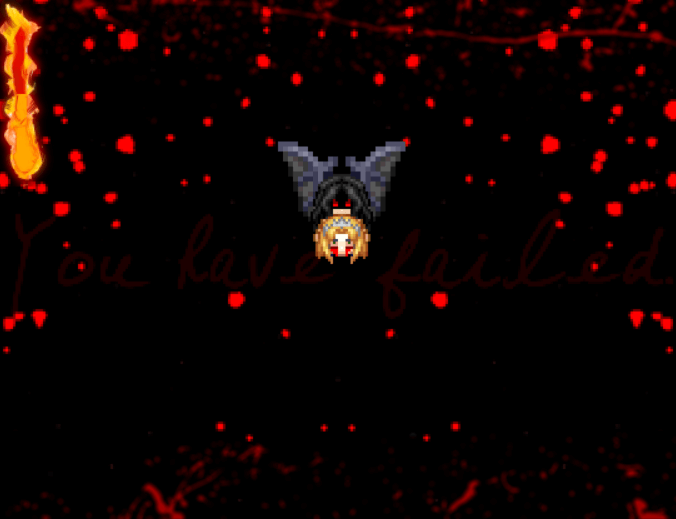 Oh boy, I sure love seeing how Liwayway dies in different ways...

One of the monster itself also plays a crucial form in a graphical way, which notifies the player its arrival with a huge black bat-like shadow. With others being a "flash attack" should you get touched by them, good enough to make sure players get spooked enough to move their hands away from the keyboard. (Which I highly do not recommend and you should keep running unless you want another life gone.)
4.5/5

Map(Side Graphic/Level Design)
The map in the game has stations and landmarks to let the players know where they should go. It's great that the creator has listened to the advice given, now the map cross off visited area so you won't have to walk blindly. They've also added more landmark so it's more easy to recognize where you are.

Thus concludes my review, I give this game a 4.25 out of 5 stars, being a great, fresh experience for old and new horror loving players. Definitely give this game a try if horror is your thing. This game is a solid horror gift box beautifully wrapped, just waiting for you to open it!