How To Get A Rise Out Of A Cat

A cute story about cats and burgers!

Welcome to the review of another quirky little game! Well.... I admit that when I started playing "How To Get A Rise Out Of A Cat", or HTGAROOAC, I was expecting a short, linear visual novel...

And yes, what I found was exactly this, a short and linear visual novel, BUT with some cute extra features I did not expect at all.

First: the story is a pleasant short lighthearted story that would nicely fit in a collection of "modern faery tales", if I can use this term.
The game is in fact set in a contemporary, modern and urban setting, but it introduces magic and supernatural events from the first line. 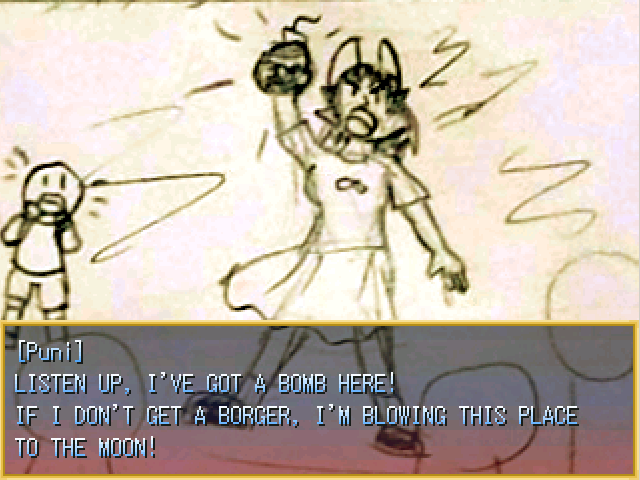 A borger is for life! (Oh you get to name the cat, Puni was my choice! Rise is instead always Rise, of course!)

Second: the game uses a varied and mixed style: there is the use of the usual Rm2k3 charsets and also a lot of drawings. The charsets are used especially (but not only) on the chapter selection screen, while during the various chapters you will see several pictures that illustrates what is happening, complementing the narration. The style of these images is cute and simple, and fits well the lighthearted mood and almost reminds to me of some sort of children's book.

The story may be short, but it is funny, cute and entertaining, and while it's unlikely that you will play this more than once (or twice)... it's still as pleasant as reading a short story,.and I meanca good one of course!

The gameplay consiste basically in a "choose your own adventure" narration, in which every task, including combat, is made through selection of the action that our character will make. Pay attention, because certain wrong choices may lead to a bad ending and then to the dreaded Game Over screen!

Oh yes! The characters! Let's say that despite the brevity, the main characters are well written. I said 'characters' because we play (alternating) as the two protagonists, Rise and the cat. The narration from the start separates these two man characters, setting the point of view from their perspective, creating effectively two parallel stories that will connect, once again, in the end. 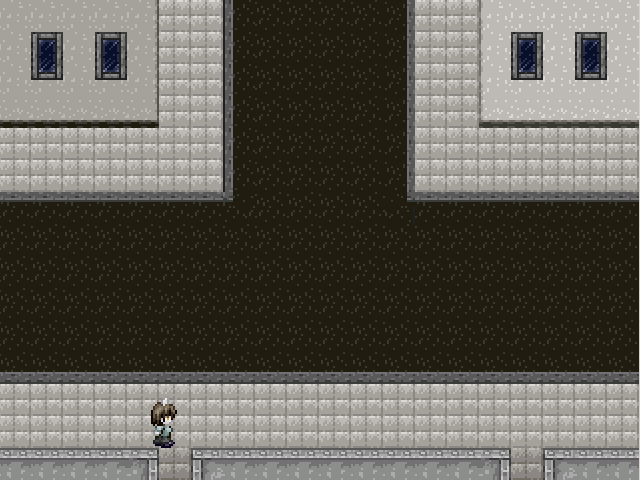 Ok, this game isn't only fixed images, there is some use for charsets and chipsets too!

The End of the story
HTGAROOAC is a really simple and short experience, so there isn't much else to say. Anyway it is a pleasant one, if you like cute short stories. The best parts of the game are clearly the narration, but also the visuals that recreates nicely the idea of reading an illustrated book. Given slso the short time in which it was made (a week, more or less) my review van only be positive. No bugs, errors or issues of any kind, it's a little but well written and polished game. Oh and I also liked the music selection, it is appropriated, lively and not made with the same usual songs.

I usually gave 3 to this kind of simple games, but the custom drawings, cuteness and funny narration really make it special. 3.5/5

author=lavendersiren
Thank you for playing my game! :D

Hey it was fun! But NOW I wanna try your next (fan)game, and given the narrative of this one, I guess it will be appropriate to that saga! =)
Pages: 1